Is it sacrilegious to sympathize with the devil? Is it legitimate to humanize Lucifer under the pretense that he has “retired” from running hell and is now slumming with the humans as a nightclub owner in Los Angeles? Most transgressive of all, is it acceptable to present the scheming Fallen Angel as a seeker of justice and champion of personal responsibility? That’s exactly what Fox is doing with its new show Lucifer, Mondays at 9/8c.

‘Lucifer’ on Fox – Sympathy for the Devil

Is it sacrilegious to sympathize with the devil? Is it legitimate to humanize Lucifer under the pretense that he has “retired” from running hell and is now slumming with the humans as a nightclub owner in Los Angeles? Most transgressive of all, is it acceptable to present the scheming Fallen Angel as a seeker of justice and champion of personal responsibility? That’s exactly what Fox is doing with its new show Lucifer, Mondays at 9/8c. 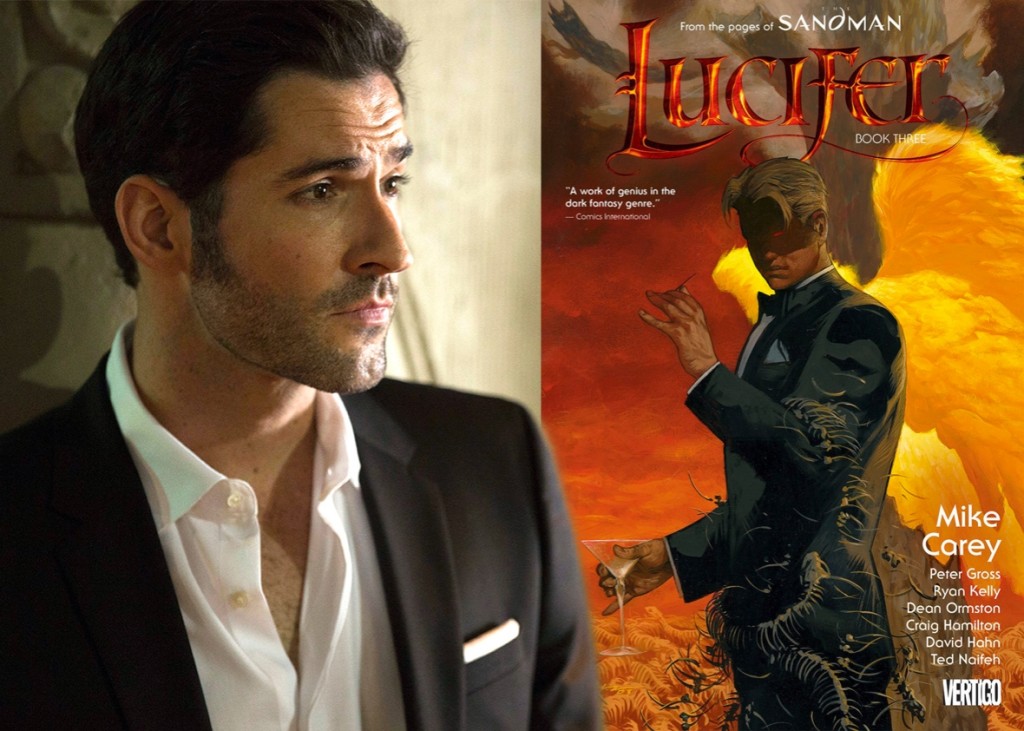 The show is based on a comic book character created by Neil Gaiman for his The Sandman series. Its premise is that Lucifer Morningstar, played amiably by tall, suave Welsh actor Tom Ellis, “is bored and unhappy as the Lord of Hell and resigns his throne and abandons his kingdom for the beauty of Los Angeles, where he gets his kicks helping the LAPD punish criminals.”

Character Study in the Form of Police Procedural

The show is ultimately a character study and morality play in the form of a police procedural with Ellis’s Lucifer displaying more than a little of the fish-out-of-water indignation of Sleepy Hollow’s Ichabod Crane (Tom Mison) to help keep things fun amidst the crime and carnage. Also adding to the fun are all the corny “speak of the devil” puns and the fact that the former Prince of Darkness is always quite open as to his identity — um, the name is a pretty big clue — but no one ever believes him. Other than those few with whom he is truly vexed and shows his true appearance, and they are driven mad, but they were bad in the first place. 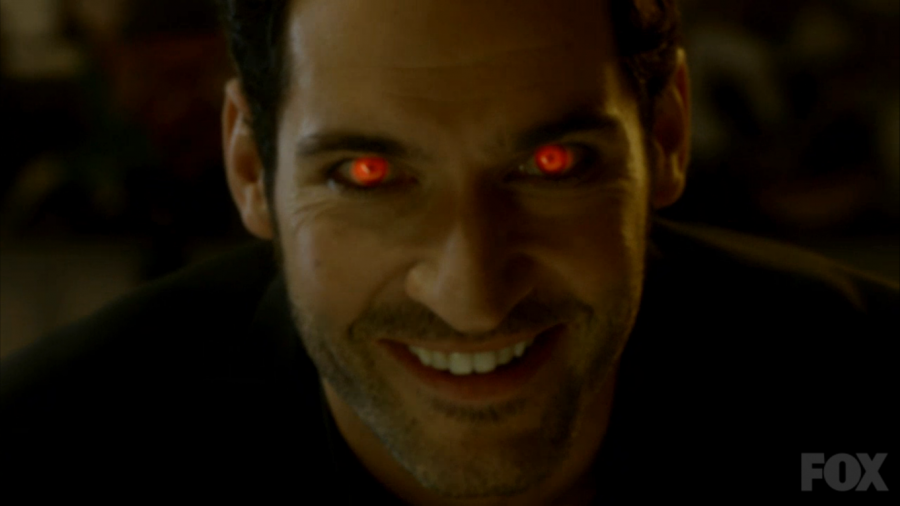 As the show, now going into its sixth episode, is unfolding, Lucifer isn’t just aiding the LAPD to “get his kicks.” He appears to be undergoing some profound changes, not just seeking to punish the guilty per his age-old role in hell, but also seeking justice for those wronged. “Where did THAT comes from?” he asks himself. He talks to himself a lot, actually. 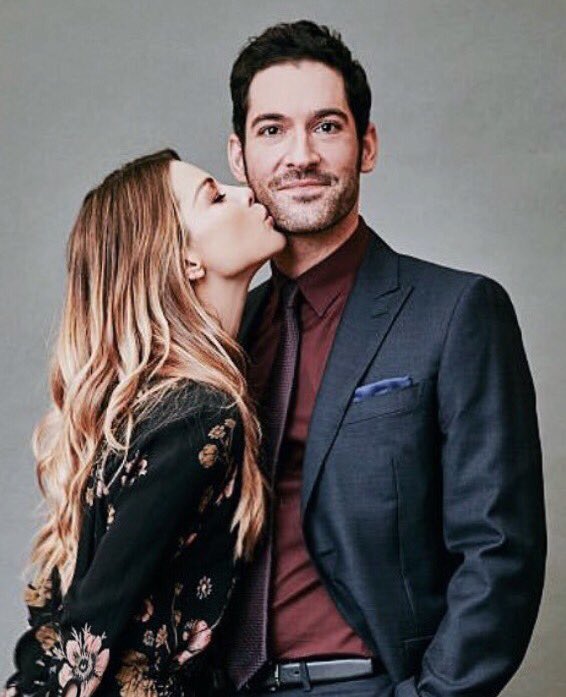 The central manifestation of Lucifer’s earthly transformation, though, is his relationship with his partner-against-crime, homicide detective Chloe Decker (Lauren German). His main superpower on the show is his ability to mesmerize people into revealing their deepest desires, and this doesn’t work on Chloe. Nor does his considerable charm and sex appeal. This both fascinates and flummoxes Mr. Morningstar, who doesn’t know how to react to being rejected by a human for the first time. Why is Chloe different? How is Chloe, who had a wayward youth as a raunchy film star, different? These questions have yet to be answered. 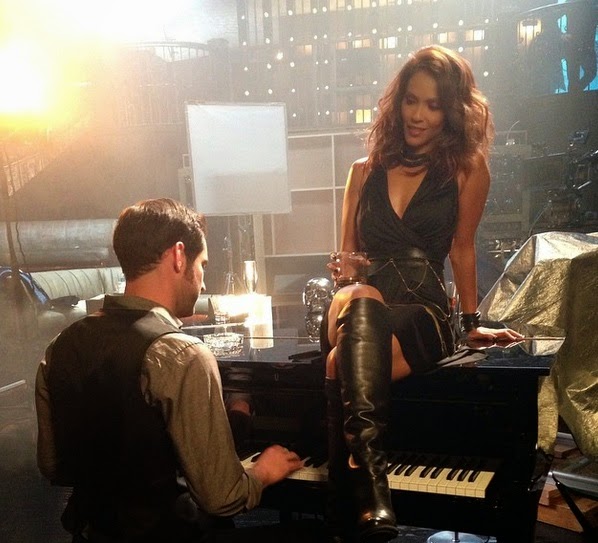 Lucifer is also changing physically, becoming more vulnerable to pain and injury, which he finds exciting and intriguing if also mystifying and disconcerting. The show hedges the danger bit, however, by providing Lucifer with a beautiful demon bodyguard, Mazikeen (Lesley-Ann Brandt), whose role is to protect him from harm at all times and in all places no matter what. “Maze,” as she is called, dispatched ninja-style an entire squad of gang members brandishing guns at Lucifer in this week’s episode, “Sweet Kicks.” Maze doesn’t know what to make of his current nonsense, but hopes it’s “just a phase.” 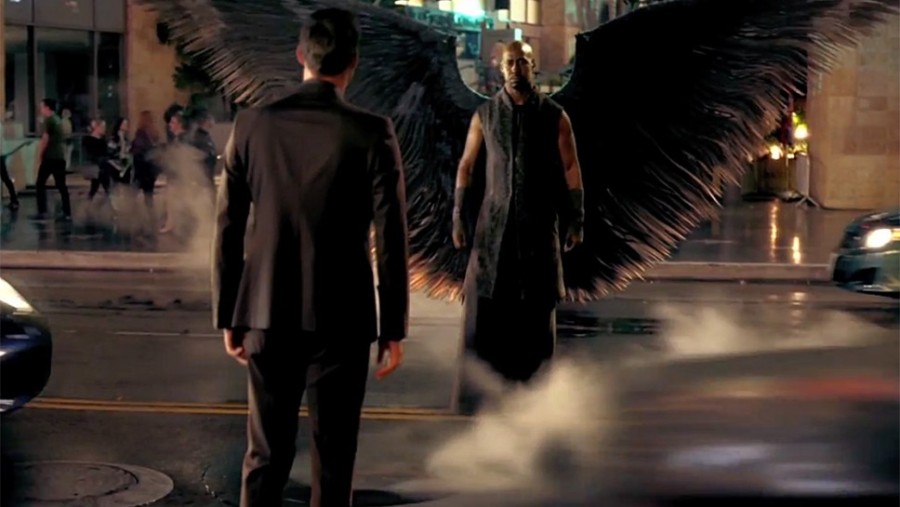 Far more concerned about Lucifer’s abdication of hellish duties is angel Amenadiel (D.B. Woodside), who has followed his fallen “brother” to Los Angeles to keep an eye on him and encourage him to return to his duties below at the request of their Father. It seems Lucifer’s retirement has cased a disturbance in the Force. In this universe, Lucifer is portrayed more like a restless bureaucrat assigned to administrate Hell against his wishes than as an inherently evil Great Deceiver. In fact, when this Lucifer does a favor for someone, he doesn’t claim their eternal soul, he just reserves the right to ask a favor in return at some point – perfectly reasonable! 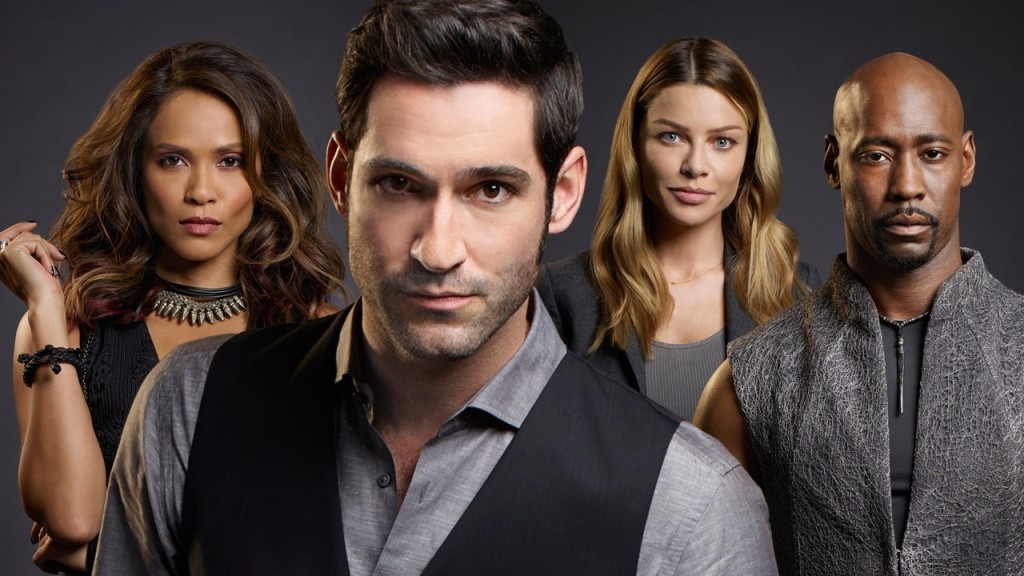 Thus far, Lucifer is both fun and absorbing, using quirky characters, humor, and compelling relationships to breathe new life into the crime procedural format with echoes of iZombie, Elementary, Castle, Sleepy Hollow, Supernatural, and The X-Files. Who knows, redemption might be possible, even for Lucifer himself.

Slenderman Secret – The Image Behind the Stabbings

TV Review: Lucifer 3×24 ‘A Devil of My Word’ Is the Series’ Best Episode

It’s both bittersweet and devilishly unfair that Lucifer’s best episode might be its last. Monday …