In celebration of the DVD release of Peter Jackson’s epic King Kong, Universal Studios Home Entertainment and Fangoria Entertainment salute the cinematic icon with a one-night-only free theatrical screening of “Skull Island,” a historical look at the island’s lost world of inhabitants and a bonus feature from the 2-Disc Special Edition DVD of Jackson’s King Kong, which will be released on March 28, 2006. 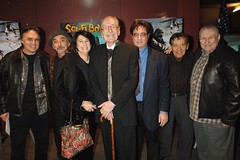 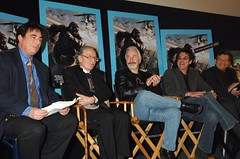 Please arrive early! Seats are not guaranteed, are limited to theater capacity and are first-come, first-served.

NO TICKETS WILL BE DISTRIBUTED AFTER 6:30 PM.

NO ADMITTANCE WILL BE PERMITTED ONCE SCREENING HAS BEGUN.