Taio Cruz's "Break Your Heart" is the #1 single at the iTunes Music Store...

My hope for a #1 digital album for Johnny Cash has been dashed completely.  It's entirely possible my campaign may have backfired, as Cash's Ain't No Grave fell from the Top 10.  My bad.  Making matters worse, one of our Founding Fathers and finest brewmasters is now branching out as a rapper. 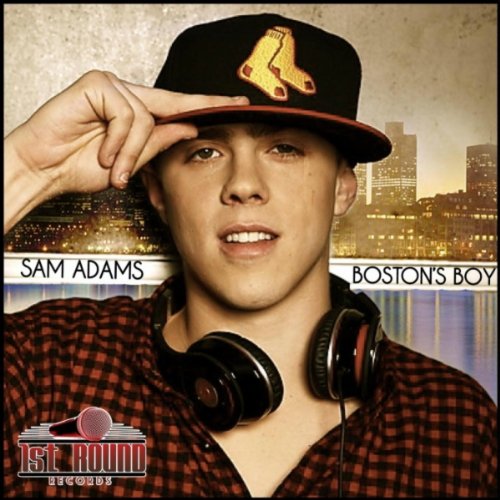 I'd like to take a moment to explain a state of being I refer to as "soul death."  The indignities of life swarm and swirl around us, always looking to feed on our soul.  These collisions between life and soul cause fragments of our soul to be chipped away, falling off in tiny flakes.  When this happens, we experience soul death.  Every week, something in these iTunes charts cause me soul death but I write this column for your information and amusement.  You can laugh with me or at me.  You can buy these songs.  A piece of my soul has died and fallen to the floor and this week's culprit is Boston's Boy.  Sam Adams: great beer, bad music (by the way, I'm loving the new spring seasonal Noble Pils).

Elsewhere on the albums chart, we have the soundtrack to Tim Burton's Almost Alice in the top slot, followed by Lifehouse's Smoke & Mirrors.  Jason Derulo was interviewed by Clayton Perry for Blogcritics about his self-titled record and he's in the Top 5 on the albums chart.

Ke$ha has summed up my feelings on the singles chart – and really the albums chart, too – with a big bowl of "Blah Blah Blah."  Five years ago, Justin meant Timberlake.  Today it's Bieber.  To all you people who scorned me for dismissing Timberlake, it's time for your lap.  He's done.  Bieber looks like a 14-year old John Parker Wilson.  I hope his parents are minding his investments.  Here's another short-timer.  Parents of boys should probably name their child Justin.  One of them is going to be a star every few years.

Want to Learn to Dance from Justin Bieber’s Choreographer? Win a ‘Believe Tour Dance Experience’ DVD or Blu-ray from Blogcritics

Justin Bieber's choreographer Nick DeMoura teaches you the hottest dance moves seen on stage on the 'Believe' tour. Pre-order now, or win a copy from us!