With Burials, Mary Anna Evans’ has published the tenth book in her series about archaeologist Faye Longchamp. The book is fascinating, fun and engaging.

In Burials Faye has come to Oklahoma to consult on a dig while her husband spends time with his dad who is ready, after 15 years, to dispersing his wife’s ashes. The dig is a continuation of one on Indian land that was abruptly halted 29 years ago when archaeologist Dr. Sophia Townsend disappeared permanently.

They barely get started in their work before finding a body…. well, the good news is they finally found the missing archaeologist. The bad news is they now have a homicide case which also complicates the dig. And with that the book gets more exciting and interesting.

I’m late to this series but find the author’s background interesting. Evans, after college, obtained a degree in physics from Murray State University and a chemical engineering degree from the University of Mississippi. Evans has worked as an environmental consultant, an offshore roustabout, an university administrator, a community college instructor, gift wrapper, and bank teller.

Evans left her job as an environmental consultant, after the birth of her third child, to focus on her family and begin her writing career.

Evans has received the Benjamin Franklin Award, the Mississippi Author Award, and the Florida Literature Award.

She agreed to do an interview with me by email.

How did this story of a female archaeologist found dead in an archaeology dig come together?

My friend Dr. Robert Connolly has been consulting on the archaeology in my books since we met while I was touring for Artifacts. I was in that “dreaming up ideas” stage and he described a scenario theorizing that someone could be found in an old dig that was being reopened. I immediately knew that there was a book in that scenario.

How did you research this book?

I drove over to Spiro Mounds and checked out one of the most significant sites in North America. I spent some time driving around some of the Muscogee (Creek) Nation’s tribal lands, and I visited some small towns located in that area.  I visited the office of the tribal police and spoke with people there, and I asked some of my friends who are Creek or who have close relatives who are Creek to take a look at the book. And I did my usual extensive book research. I truly love that part of my job. It gives me an excuse to see or read something I would have wanted to see or read anyway, and then I get to call it work!

I told people for years that Faye and I weren’t alike at all.  She’s younger, stronger, braver, and tougher, and she’s had a harder life than I have, not to mention that she’s biracial and I’m not. Then, a few years ago, I realized we were alike in one way. We both think like scientists. We gather information, weigh the facts, and then, often in a stroke of intuition, see how everything fits together into a coherent story. The difference is that I understand that I have an intuitive streak, but Faye would argue you to the grave that she is ever and always rational.

I like how at the end of the novel you have a section titled “Guide For the Incurably Curious” – is that something you have in each book?

Yes, although I think I called it something boring like “Author’s Notes” in the first book or two. Schools and book clubs tell me that they’re very useful conversation starters. People are always curious about what parts of the books’ historical backstories are true, so the Guide is where I try to separate fact and fiction for people who are…well…incurably curious.

How and why has Faye changed over the years?

Iaged her in real time for the first ten years or so. Recently, I’ve slowed that down just a bit, but she’s still moving forward. I can’t imagine her staying 34 or 39 or 41 forever. This means that there is always more going on in the books that the mystery she’s currently solving, and it has to be that way because she’s very real in my mind. She’s not just sitting around waiting to stumble over the next dead body.

In the fourteen years and ten books since Artifacts was published, Faye has gone back to college, earned her PhD, dated men who were wrong for her (and I mean really wrong for her), found the right man, started a business with him, had a baby, adopted a child, and she’s still going strong. In the fourth book, Findings, I made a very big change in the series’ emotional universe, and I was worried that it was a mistake.

To their credit, my agent and editor were very supportive, with my agent Anne Hawkins saying, “You wouldn’t want to keep writing the same book, would you?” The answer is no. I wouldn’t. Instead, writing about Faye has given me the opportunity to write the individual stories and also the very long story arc of an extraordinary (albeit imaginary) woman’s life. I’m grateful she came into mine.

How have you used your background, with degrees in physics and chemical engineering, and prior jobs, to influence and affect your writings?

They all affect everything. I learned a lot about rationality and about cause-and-effect from my education, and I use them every day to help me create characters who behave logically. My prior jobs are evident in my storylines. I worked offshore in the area of the Gulf of Mexico below south Louisiana, and Plunder is set in that area, just after the Deepwater Horizon exploded. Nobody who read Isolation would be surprised to learn that I’d worked as an environmental engineer. Writers write about what they know. Where else would our stories come from?

I understand you sometimes have contests to name characters after real people. How does that work and is it fun for you as a writer?

Yes, it’s fun to make people happy. The selection of the winner is very easy. When the time comes, I choose a number out of a hat (or I let my cat do it) and the number tells me which person on my mailing list or on one of my social media pages will be the winner. I never promise that their namesake character will be likable or that the character will even survive, but they don’t care. People just love to be part of the story, one way or another!

Do you have any concerns you will run out of archaeology-related mysteries?

It’s a big world with a long history. I think there are still a lot of stories to be told.  🙂

Do you have any interest in doing stand-alone novels?

Certainly! Like most writers, I want to try my hand at all kinds of stories. I do actually have a standalone thriller called Wounded Earth, which I published under my own publishing company, Joyeuse Press. It’s available in e-book and trade paperback, and I really enjoyed the experience of putting it all together, from writing the book to working with the cover designer.

Scott: What’s next for you and for Faye?

I’m already at work on Faye 11, which will be out in late 2018. It’s tentatively called Undercurrents, and it’s set in Memphis. I’ve loved Memphis since I was in college at Ole Miss, so I’m having fun researching its history and archaeology. And its music! And its food… 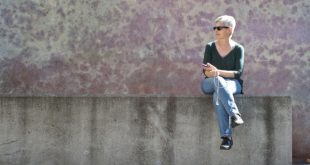