'Once Upon a Time' and 'True Blood' star Kristin Bauer van Straten chats about her passion for elephants and her new documentary about the ivory trade.

Interview: Kristin Bauer van Straten on ‘True Blood,’ and ‘Once Upon a Time’

Chrissy Piccolo May 27, 2015 Comments Off on Interview: Kristin Bauer van Straten on ‘True Blood,’ and ‘Once Upon a Time’ 553 Views

Kristin Bauer van Straten has had quite a career, torpedoing her way to our screens as seductive, sexy, no-holds-barred vampire Pam Swynford de Beaufort in the hit HBO series True Blood, and most 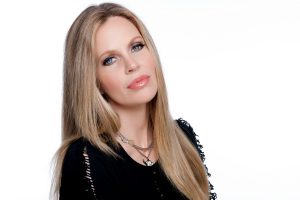 recently, as Maleficent on ABC’s Once Upon A Time.

The talented actress now lends her star power to ending elephant poaching and the illegal ivory trade that continues in Africa at an unprecedented rate. I had the chance to chat with Van Straten one-on-one about her quest to ensure these horrific atrocities end and to bring the issue to the forefront.

Environmental investigative series Earth Focus, will run a special program, Illicit Ivory, on KECT Wednesday, May 27 at 8:30 p.m. PT and Thursday, May 28 at 9 p.m. ET/PT on Link TV (DirectTV channel 375 and DISH Network channel 9410).  The special cleverly connects countries that continue to import ivory with the illegal poaching of African elephants, which are becoming dangerously close extinction.  I previewed the episode and was disgusted at the savage way poachers go after herds of elephants, just to harvest their tusks to sell on the black market, shooting the magnificent animals in the head from helicopters. And that is just one ruthless tactic used.

Van Straten is passionate about the cause, and she believes and that the only way to stop the poaching is to get our government involved. “Bottom line is,” she explained, “if there were no demands we wouldn’t have this problem. The governments have to make a stronger stance like they did in the 1980’s, because it’s impossible to police it if some ivory is allowed and some isn’t.”

Interestingly and to my shock, America is second only to China in importing ivory, which unfortunately supports the black market.  Van Straten said, “It’s really silly for a bracelet or chopsticks or statue of an elephant [made of ivory]…to value a status symbol over a living creature, especially these beings.”

The ivory black market has hit a crisis level, and van Straten explained that our own U.S. government is giving non-military financial aid to the rebels, even as they sell seized ivory.  She compared it the police seizing heroin and then selling it to the same market that drug dealers were.  “There needs to be a zero-tolerance policy.  The numbers are supporting that we have to have no ivory sold.”

Van Straten wanted to see this first-hand so in 2012 made the trip to Kenya, Africa, with a film crew, and stayed for a month. Her film Out for Africa, tells the story of the horrific poaching tactics used for ivory, and the legislation that needs to pass to get importing banned worldwide. The film is currently in post-production.

The David Sheldrick Wildlife Trust is dedicated to preserving wildlife and has gained worldwide acclaim thanks to its incredible “Orphans Project,” which has successfully reintroduced more than 150 orphaned infant elephants back into the wild.

During her time in KenyaVan Straten spent time observing just what the conservationist do. “It’s so remarkable. [The elephants] are bottle-fed for five years, so when they lose their family, an elephant keeper has to become their mommy, eat and sleep with them 24/7 for five years.  Daphne Sheldrick was the first to figure out that elephants can’t handle cow’s milk; it will kill them. She’s the first one to figure out how to keep them alive and release the babies back into the wild.”

So how can you help? Van Straten says “No act is too small.  If all you have is a piece of paper, pencil and a stamp, write to your State Representative.  There’s a lot of information on the 96 Elephants website.”  The key is to get each state individually to ban the import of ivory as the federal government cannot step in.  There is also a petition to get our government to ban ivory importation that I ask everyone sign.

Even just urging Craigslist and eBay to stop selling ivory can help.  If we don’t do something now, the estimated less than 300,000 African elephants will become extinct.  Can you imagine a world without these incredible creatures?  It’s time to get involved!

Of course as a huge fan of True Blood, I had to ask Van Straten about her time on the show.

Last year, at the final True Blood panel at the San Diego Comic-Con, I was lucky enough to be there, observing her lingering onstage, shaking hands, tears in her eyes, as she made a final goodbye to fans. 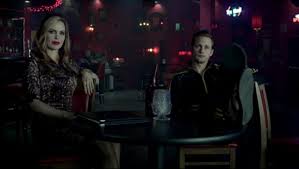 What was going through her mind in that moment?

“I remember feeling so filled with gratitude. The fans are so unbelievable. If we didn’t have the fans, I wouldn’t have been able to continue to hang out with [the cast] and say those words and be Pam, one of the best written women of all time.  I had such an unbelievable last season w/Alex (Skarsgard, Eric Northman) and incredible arc from the beginning.  I just couldn’t believe the kismet that brought the whole thing together for seven years.”

For me, Pam was definitely one of the strongest, kick ass, not-to-be messed with characters of all time.  I have many favorite moments, one of which that immediately comes to mind is the 1980s flashback of how Fangtasia came to be.  The hair and clothing alone was hysterical, but I loved how Ginger (Tara Buck) first saw Eric in slow motion, walking in from the back room of the video store! Priceless!

What was Van Straten’s favorite moment as Pam?  “I’ve had so many!  When I think back and what I miss the most, I really miss being on the set with folks, especially Alex. We won’t be together like that again.  We’re bonded for life, all of us. We have such a special group there. It was something really unique.”

I’ll second that motion!  The special effects were amazing and the story of Eric and Pam will definitely live on as one of the biggest dynamic duos of all time!

I’ve been watching Once Upon A Time since day one and the first time we saw Maleficent was in the season one finale, when Emma had to fight against her in dragon form!  I was so happy to see van Straten in the role as the series continued and thrilled that she was prominent in season four.

Maleficent is such an iconic role, what is it like having to portray a character we all know so well? Van Straten said that before getting the script, in thinking about the character, she had two things in mind- how to make her different than Pam and how to not become a caricature, to be a real person.  “Once the script comes and I start memorizing those lines, it becomes easier because the writers focus your emotions and it gives you direction.”  Another thing that helped her create a real-life version of Maleficent was being on set with other cast members, the directors and producers, who gave her a lot of instruction, direction and freedom to make her job much easier.

Anyone that knows me knows Robert Carlyle (aka) Rumpelstiltskin/Mr. Gold is my favorite character on the show.  What was it like working with him this season as he was a full-on baddie?  “He’s amazing. I felt so lucky to be with him on the set and also Lana Parril

la is exceedingly generous and funny.  Lana and I, we laughed a lot. She has this incredible, easy laugh that’s infectious.  Robert & Lana have amazing chemistry.”

One of the coolest things that I found interesting in season four, was learning that Maleficent has a daughter.  What does Van Straten think about this?  “Like with Pam, I like where you have characters exceedingly unforgiving, than their Achilles heel is revealed.  I love having that.  Pam was one of the toughest characters ever, so is Maleficent and they became the softest, most loving characters for one person. Pam was absolutely mush when it came to Eric and Maleficent is with her daughter.  I like it when characters are not one color, because I think life is lived in the gray area.”

I agree with you Kristin!  So now that her daughter is planning to track down her father, will Van Straten be back in Storybrooke for season five?  She says it’s a definite possibility, yes.

Whether she’s advocating for the stop of illegal poaching of elephants and ban of ivory, reminiscing about her experience on True Blood, or preparing for another go round on Once Upon A Time, one thing’s for sure, Van Straten’s fans will forever be dedicated to her no matter what the future holds!

Be sure to watch Earth Focus Illicit Ivory, Wednesday May 27 at 8:30 p.m. (PST) on Los Angeles KCET and Thursday, May 28 at 9 p.m. ET/PT on Link TV (DirectTV channel 375 and DISH Network channel 9410).  Please do your part to get involved and ban the importation of ivory from your state.  Visit 96 Elephants for more information.

Check out the sneak peak of Earth Focus Illicit Ivory

Chrissy Piccolo the founder of RHeart Network, the Fan's Voice, the #1 Fan Connection Destination, supporting daytime, prime-time and online scripted digital content. Currently the host of RHeart Radio, the Fan's Voice, as well as Storytellers On The Net, and Sleepy Hollow Addicts on Blogtalk radio. In addition to writing for Blogcritics, she is also an author on Examiner.com. Web Series Today and currently co-hosts with Barbara Barnett and Jerome Wetzel on 'Let's Talk TV' on Blogtalk. She is also working on adapting her her first novel in The Kirsten Kelly Chronicles series into a webseries. Passionate about keeping scripted content alive, she continues to be an advocate for all forms. When she’s not working managing several websites or writing, one of her hobbies is investigating the paranormal with other enthusiasts and searching out possible cases through historic sites in the Northwest. Chrissy believes in being a positive influence in such a vast medium as the Internet.
@@RHeartRadio and @SleepyAddicts

This dramatic and celebratory dance extravaganza floods the stage with rhythm and song, storytelling, and a phalanx of aggressively talented dancers.