A look at February's Featured artist from Past the Point of Rescue to One More Midnight.

This month BC Magazine will be shining the spotlight big and bright on one of the most substantial songwriters in country music, Hal Ketchum. Known for crafting stories of life, love, joy and heartache, he also has a unique voice and the songs he sings are distinctively his, whether he wrote them or not, and often immediately recognizable. As if this wasn't creative release enough, Ketchum is also a painter and sculptor, his work is shown at the Pena Gallery in Santa Fe, New Mexico, as well as a carpenter, building everything from cabinets to a back porch on his home.

I remember the first time I heard a Hal Ketchum song on the radio – or maybe I saw the video on CMT. It was his first charting single in 1991, "Small Town Saturday Night," and it struck something deep and the realisms made me smile. Even though I was born in a large city, Detroit MI, my parents moved my brothers, sister and me two hundred miles away to a small town devoid of crime and traffic. To a pre-teen it was also devoid of anything fun. With a population of 1,200, give or take a half dozen, it was a laid back and peaceful place for my parents and mind-numbingly boring for a teenager. 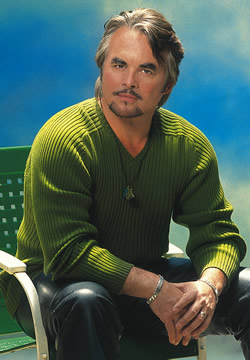 So when Ketchum sings in "Past the Point of Rescue" of teenagers "being bad to have a good time" or "The world must be flat / 'cause when people leave town they never come back," from that same young point of view, I could relate. Of course as an adult, I can see the appeal my parent's did, but that wasn't where the song was coming from. With that first encounter, I was drawn to his music and with each subsequent single from Past the Point of Rescue, "I Know Where Love Lives," "Past The Point Of Rescue," and the cover of the Vogues hit, "Five O'Clock World", the place for Hal Ketchum in my music collection was cemented.

Of course, that first charting single and album isn't the beginning of his story. Like most, he's paid his dues. When he was in high-school he played drums in numerous teen-aged bands in his native New York. Following music's call, he found himself in Texas working as a cabinet maker in the '80s while playing with already established artists such as Lyle Lovett, Jimmie Dale Gilmore, Willie Nelson, and Asleep at the Wheel; and in '89 he released Threadbare Alibis under the name Hal Michael Ketchum on the Watermelon label. The '90s brought a record deal with Los Angeles based Curb Records and in '91 Past The Point of Rescue was released. He remains with Curb and is set to release his ninth album with the label, One More Midnight.

Riding on the breakthrough success of the debut release, Sure Love came out in 1992. More than a title, the album had a theme running through it. In the romantic ballads of "You Lovin' Me" and "Softer Than a Whisper" to the upbeat title track we hear songs of romantic love, but the album goes deeper. "Daddy's Oldsmobile" speaks of familial bonds, and "Trail of Tears" goes even deeper to a pride in race and tradition. The album also showed Ketchum's diversity with the inclusion of "'Til The Coast is Clear," a fun jazzy lament of a hidden liaison. 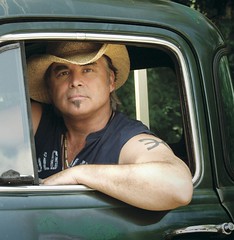 Four years would pass before the next new album, I Saw The Light, would be released, but the long wait was buffered with the '96 greatest hits package, simply titled The Hits. A collection of fourteen chart topping singles, it would be an excellent place for a listener not acquainted with his material to get a representation of all his styles. The '90s closed out with the release of Awaiting Redemption in 1999.

Aside from having six albums and thirteen charting singles in the '90s, he received recognition from his peers and was inducted into the Grand Ole Opry In January of 1994. To celebrate the honor, he wrote and recited a poem onstage during the ceremony. The '90s also brought a bit role in the film Maverick and songs included on the Maverick soundtrack and Something to Talk About soundtrack, 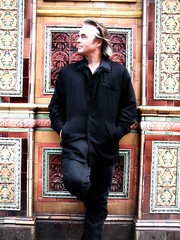 Ketchum continued to write and record spun tales of humanity and the human condition into the new millennium. With the release of Lucky Man in 2001, which contained the single "She Is." That would be followed by King of Love in 2003, and now, this month One More Midnight will be released in the UK, with a US release to follow in the spring. Look for a full review of the album later this month.

For all his creative endeavors, we will be tipping our hats to Hal Ketchum, our Featured Artist for February. Keep your browser pointed toward BC Magazine as we will be taking a closer look at the music and the man all this month. For more information on Hal Ketchum, his official website has news, tour information, and photos. You can also visit his Myspace Profile to hear streaming MP3s, including one for "Just This Side of Heaven" from One More Midnight.