An alt-country group with staying power.

Some may call Golden Smog, Blogcritics' Featured Artist for September, a super group as it was conceived as a side project for some of rocks bigger names. Members of Soul Asylum, The Jayhaks, Run Westy Run, and Wilco came together in the late '80s to play their alt-country style music and became somewhat of a fixture at the clubs where they would play thematic shows. One night it would be a show of Eagles covers, another would be a Rolling Stone tribute (which they played under the name Her Satanic Majesty's Paycheck).

According to singer/guitarist/songwriter Kraig Johnson, they really didn't have plans, goals, or any perception of how long they would stick to this creative musical diversion.
"When we first started out, it was just me, Gary (Louris) and Danny (Murphy) doing acoustic stuff. We were just sitting 'round, talking and playing some demos." 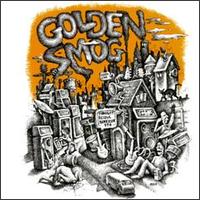 After a few years of playing the theme shows in bars local to their native Minneapolis, they released an EP of covers, On Golden Smog, consisting of five songs originally made popular by the likes of Hair, Bad Company, The Rolling Stones, Michelangelo, and Thin Lizzy. The cover art for the album was provided by then drummer Chris Mars also known for playing with The Replacements.

They followed the EP up in '96 with a full length album of original songs, Down By The Old Mainstream. This album gave them a chance to individually break free from the expectations of their more famous bands, but still spread their collective creative wings. The album was recorded in Minnesota, home base to many of the band's members, and though fitting with the alt country style it had a relaxed and more roots rock undertone to it. Noah Levy (Horndogs) served as drummer for this album

Two years later, the band put forth yet another release, Weird Tales. On this album Jody Stephens (Big Star) replaced Levy on drums. The album was hook-filled, easy to sing along to, and still true to those backroom bar days though it seemed to have more direction. Not as free and laid back as Down by the Old Mainstream it still had the soul of the band and is a must have for any fan.

Now, eight years later, they have come together again releasing a new album, Another Fine Day on July 18 of this year. The album was recorded in two sessions, the first being in Paco Loco Studios in Puerto De Santa Maria in the south of Spain. Linda Pitmon sat in behind the drums for that round of recording. The second session saw Jody Stephens back behind the set and happened at Flower Studios in Minneapolis. Ed Ackerson and Golden Smog members served as producers throughout the recording.

Kraig Johnson said on the recording of the album, "“We never rehearsed any of it, so the songs all just kind of came to life when we got in the same room. It was fun. It wasn’t like we were planning on it, and I think that’s the really cool thing. It is what it is.” 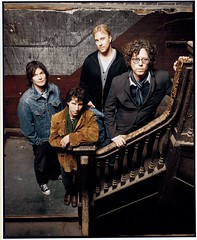 It should be noted many of the performers are listed under pseudonyms on the albums because of their original contractual obligations and over the years the line-up has changed a bit. In their current form Golden Smog is Gary Louris, Marc Perlman (The Jayhawks), Kraig Johnson (Run Westy Run), Dan Murphy (Soul Asylum) and Jeff Tweedy (Wilco).

All month Blogcritics will be bringing you news and information about Golden Smog including a review of their new CD Another Fine Day and an interview with Kraig Johnson.

As usual, New Yorkers have something to gripe about, and the weather is one of their favorite topics.