I love Spring. This morning I was outside watching my kids work their horses and the sun was dancing across the pastures. The park behind the stable was in full bloom and the other horses were lazily grazing. Nik Sorak’s Waiting for the Sun seemed particularly fitting as the songs played from my laptop. They are soft and easy, like the breeze moving the leaves on the trees, and there is a theme of new beginnings.

Nik Sorak played previously with the hard rock band, Marcato. Personal and spiritual changes caused a transformation in his music and he moved on playing as an acoustic solo artist for a few years. Recently Sorak decided to grow once again and began adding musicians to his live shows in preparation for recording Waiting for the Sun. 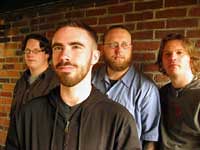 “Start Again” is one of the many songs that demonstrate his acoustic roots as well as the total theme. It has a gentle flowing tempo and is stripped and simplistic musically. The drums are bit overpowering and at times repetitious, but it’s only a bit distracting and Sorak’s vocals make up for it. He has a unique quality to his voice that works with well with the lack of instrumentation. It is enough to stand on its own.

“Lost” is another song that speaks of new beginnings, or more precisely realizing when you’ve reached the depths of sorrow and recognizing it’s time to start over. It’s a song I can easily identify with. Whether it be the pits of addictions (as the song speaks of) or just everyday stress of a busy life, reaching that moment when you ask yourself “Who am I and what have I become?” is pretty universal, I think. Many of the songs have that kind of personal connection.

“Hang On” is probably the most up tempo song on the CD, but it also what I would call the one weak link. The hook becomes a bit repetitive and in places his voice seems to be straining to reach places that are out of his comfort zone. It’s not a bad song, but it seems to be a piece that just doesn’t quite fit into the puzzle which is the rest of the CD. 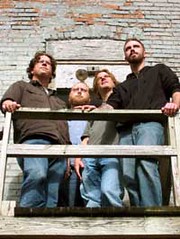 “Carpe Diem,” the first single and is also the first track on Waiting for the Sun. It has a prominent and strong drum line and begins with an overall moody and somewhat eerie tone. Nik comes out of the box strong vocally and the track is probably the most interesting on the CD. As the song approaches the chorus the tone changes and it almost becomes a 70s throwback with a hooky repetitious chant, before changing back again.

Radiohead, Pink Floyd and Death Cab for Cutie are mentioned among the list of influences, but I really don’t hear any of them in this recording. His acoustic roots are very evident; every single song has simple arrangements, mostly drums, a keyboard, and occasionally a guitar. It’s stripped but clean focusing on the vocals and Sorak’s voice, which is clear and has a soothing quality about it.

Waiting for the Sun is like very much like that early Spring day I was talking about. It’s simple, warm, gentle, and breezy with uplifting messages of new beginnings. This debut CD was released April 18. News, upcoming live dates and information can be found at the artist’s website. MP3s can be heard at Nik Sorak’s Myspace profile. This CD can only be purchased through the above mentioned website.