If you’re ever wondering which of the thousands of novels about Sherlock Holmes you should pick up once you’ve finished the original sixty stories, this one is a good bet.

Among the thousands of Sherlock Holmes novels, sequels, prequels, and pastiches published in the century or so since Sherlock Holmes first graced the literary stage, only a few stand out. Such is the case with any popular and oft-recreated character or story: adaptations abound, but only a select few are remarkable. One such adaptation is Laurie R. King’s The Beekeeper’s Apprentice. Originally published in 1994, the story has more than endured over the past two decades, that popularity culminating in a recently released 20th anniversary edition published by Picador Books. Admittedly, the new edition is no more remarkable than the old one, sporting its honeycomb cover design, but the story holds up and even surpasses many of the Sherlockian adaptations published today. 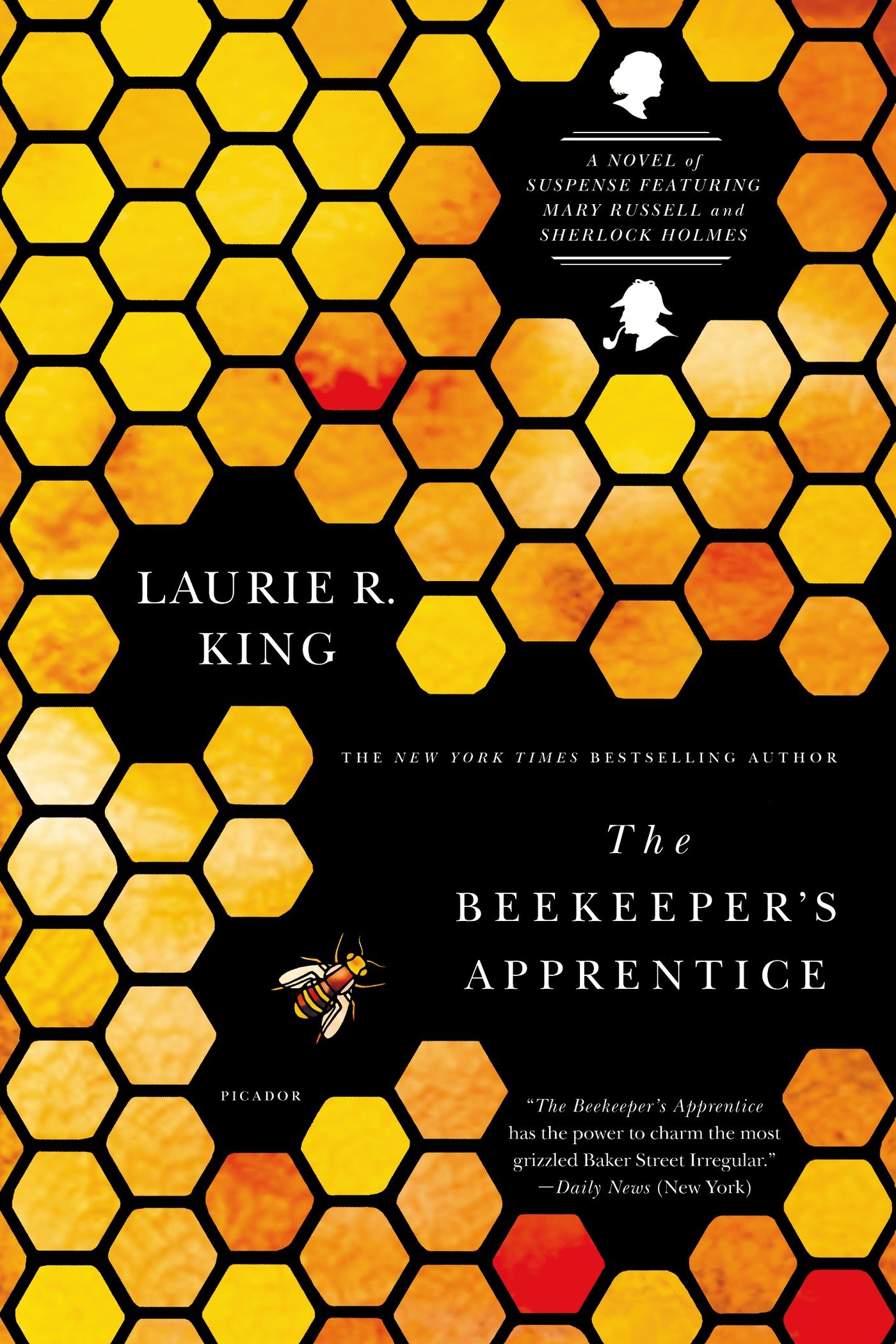 There’s a number of things that make this story stand out. The first in a series of novels starring Mary Russell, a young woman who comes of age at the turn of the 20th century and becomes Holmes’ student, apprentice, and partner; the tale is a number of things: a sort of bildungsroman that details Mary Russell’s coming of age and coming into her own as a detective, a mystery story, a historical novel, and, above all, the tale of a blossoming relationship and partnership between two similarly peculiar minds.

On the historical front, The Beekeeper’s Apprentice is a well-researched, incredibly accurate period piece, set in the first decades of the 20th century – thus portraying this turning point in human history with skill and precision. Though many of us are used to imagining Holmes in the charming Victorian period, full of fog, gas lamps, and Hansom cabs, the Holmes stories in reality span many decades – from the 1880s, when the first stations on the London Underground already operated, until the 1910s, with the story “His Last Bow” portraying Sherlock Holmes as a spy during the First World War and showing him as he gazes into the coming future. And, though many adaptations of the Canon choose the seemingly familiar tail end of the 19th century for their setting, this one places Holmes squarely in a period much less associated with Holmes despite his canonical existence in it.  It shows us an aging Holmes, retired on the Sussex Downs, and yet nevertheless still at the forefront of the technology of his period: just as, in the canonical stories, he sent telegrams, had the railroad schedule memorized, and was one of the first to use fingerprints to solve a case; in this novel he drives cars, uses telephones, and works under electrical lamps. All throughout this book, the accuracy is astounding: the reader discovers exactly how a telephone would have worked around 1910 (you actually would have had to tell an operator to whom you needed to speak), what effect the first World War had on life in Britain, and the opportunities a young woman like Mary Russell would have had to go to university during this period (she attends Oxford). In short, it takes away from the romantic anachronism that often veils the Holmes stories to provide a more realistic portrayal of Holmes’ existence in a more modern age.

The next item of interest is, of course, Mary Russell herself. In an interview, author Laurie R. King mentioned that her idea for the book came from thinking about what a female Sherlock Holmes would look like. Thus, Mary Russell possesses many of the same qualities as Holmes herself: she’s smart, inventive, observant, dedicated, and even obsessive, as well as stubborn and, in many ways, critical of social norms. This is only made more interesting by the period in question, for the early 20th century placed a number of limitations on the opportunities available to women. Thus, in many ways, the novel is a thought experiment, asking what life would have been like for a female Sherlock Holmes, and whether the great detective we all know today would have been able to become the famous celebrity he is if he were female. Though the novel does not by any means ignore Holmes, it focuses on Mary Russell, and deftly explores the struggles that a woman with Holmes’ keen mind would have faced during this particular period, as well as showing her strength of character in overcoming them. Though Miss Russell often dresses like a man, drives an automobile, and attends university, the limitations she experiences are constantly felt, thus deftly imbuing our adoration of Holmes as a cultural icon with subtle questions of gender that do not in any way take away from the story.

But at the heart of the novel is not the historical accuracy or the gender commentary; rather, the core of the story is the partnership between Mary Russell and Sherlock Holmes. It’s a partnership between equals, of two keen minds, two clever, stubborn, and formidable people who nevertheless feel the psychological weight of the profession they have chosen to follow. Moreover, there’s none of that tired and overdone sexual tension that one might expect from a story with two protagonists of the opposite gender. There are no romantic interludes, tense moments, or pensive fantasizing. Instead, rather like the recent adaptation Elementary, the story does something remarkable: portray a friendship and a relationship between two unique characters of opposite genders without going down the tired, old, (and, in the case of Holmesian adaptations, particularly overdone) path of romance.

Which all comes together into a tale that isn’t particularly remarkable plot-wise (it relies heavily on the good old trope of the child of a former nemesis coming back for revenge). Nonetheless, it is not the plot that recommends this novel, but a whole host of other things – from its characterization and relationships to its portrayal of history. It’s a formidable foray into the Sherlockian world, and if you’re ever wondering which of the thousands of novels about Sherlock Holmes you should pick up once you’ve finished the original sixty stories, this one is a good bet.