“It was cheap and I could easily make sounds with it.”

As the second track on Southern Living declares, The Billy Gibson Band hails from Mississippi and as you can tell from the moment the first notes come from your speaker, they deliver a purely Memphis Blues sound. It's the emotion-filled and obviously autobiographical element to the songs, that when backed with the horns, rhythm guitars, and Gibson's superb harmonica playing, you get something special, something classic.

Billy Gibson began playing Harmonica at very young age because, as he says on his website, “It was cheap and I could easily make sounds with it.” And the time spent and attention given to the instrument certainly paid off. In 2002 he was awarded the NARAS Memphis Premier Player Award for outstanding harmonica player. In 2005 he was named Beale Street Entertainer of the Year. 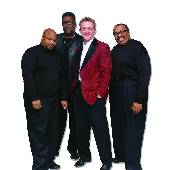 But Gibson isn't the only talent in the quartet. Drummer Cedric Keel has had a long and illustrious career playing with the likes of Yolanda Adams, The Clark Sisters, Bill Hurd, Little Milton, and Butch Mudbone just to name a few. He also teaches at Memphis Drum Shop. James Jackson on bass and David Bowen on guitar round out the band and both are above-board musicians.

Southen Livin' opens with the funky "Fireman," and immediately the Memphis-influenced tone is set. The sound that carries through the entire album is made distinct by the brass section and the harmonious back up vocals of Jackie Johnson and Z-Da which give the songs a Jazz attribute and a roaring '20s influence characteristic of this style of blues. It's especially prevalent in the next two songs, "Mississippi" and "I'm Single," which are of similar tempo and style.

"Too Many Times" and "Hey, Hey, Pretty Baby" slow things down and are standard whoa-is-me mournful songs. The female back-up vocals are gone, but you won't miss them, Gibson more than makes up for it with his harp and emotive vocals. But the most impressive example of his ability to shine on the harmonica comes in "Hip Hug Her," an instrumental where he and his instrument take center stage. These are the songs those who love old-school blues will most appreciate.

What The Billy Gibson Band delivers on these songs, and the album on a whole, is a signature blues sound with a new and unique perspective. The songs exemplify everything a fan of the genre's fathers love about the blues, but he delivers them with a hip and youthful exuberance and a style that will be appealing to old and new fans alike.

You can find more news and information on The Billy Gibson Band as well as listen to some streaming MP3s and their Myspace Profile page, and on their Sonicbirds webpage.