Audio streams and downloads from recent and upcoming album releases.

Southern California-based Bullets and Octane and its four musically gifted members serve up an unrelenting, combustible hybrid of gritty, punk-influenced hard rock. While it may have you singing along, make no mistake — this is punch to the throat rock with an in your face attitude. The band's name says it all, it's their aggressive sound and high-energy style that resonates with their fervent fans and ignites a trail of new ones wherever they go. Their debut album In The Mouth Of The Young is in stores now, and you can hear a track off of it called "Save Me Sorrow" streaming right now.

You can walk from one end of Greenville, Illinois to the other in about 15 minutes. It might take you longer if your momentum is interrupted by Greenville's one traffic light. Nestled away in the southern half of the state, just across the river, and a few miles down I-70 from St. Louis, Greenville isn't where you'd expect to find a rock band like Redding. Redding's four members are students at Greenville College, a small liberal arts school in town — full-time students, aged 19 to 25. But Redding's not your garden-variety Midwest rock band. Devout anglophiles, these four young gentlemen have created a mature, melodic, and atmospheric album that defies age and geography, venturing into the anthemic turf of Britpop (Coldplay, Travis) and the dark, intricate sensitivity of bands like Doves, Elbow, and Radiohead. Listen to their song "Another Day" and see if you can spot their influences. 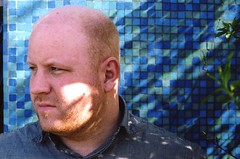 For the discerning connoisseur of guitar-driven pop nuggets, Teen Beat is pretty much a one-stop. The latest in a standout line-up featuring Unrest, Versus, and +/-, Bossanova's debut full-length Hey, Sugar upholds that legacy. You can listen to a stream of the full album via the e-card or download a couple of singles to drop in your portable digital music player: "Cavalry" and "Rare Brazil".Check out the e-card for the new version of the Ying Yang Twins' song "Dangerous," featuring Wyclef, from their upcoming album Chemically Imbalanced.