Music Allies and BC Magazine team up to bring you cool stuff from The Cat Empire.

Your Chance to Win Merchandise from The Cat Empire

Connie Phillips May 25, 2007 Comments Off on Your Chance to Win Merchandise from The Cat Empire 77 Views

BC Magazine is proud to team with Music Allies to give you a chance to win some great The Cat Empire Merchandise.

The Cat Empire, a band that has been taking their native Australia by storm with their funky mix of jazz, ska, and rock with Latin influences is ready to claim their rightful place at the top of the American charts and all music lovers' hearts. Their album Two Shoes has already gone double platinum and a new tour is bringing them back to the states and Canada. 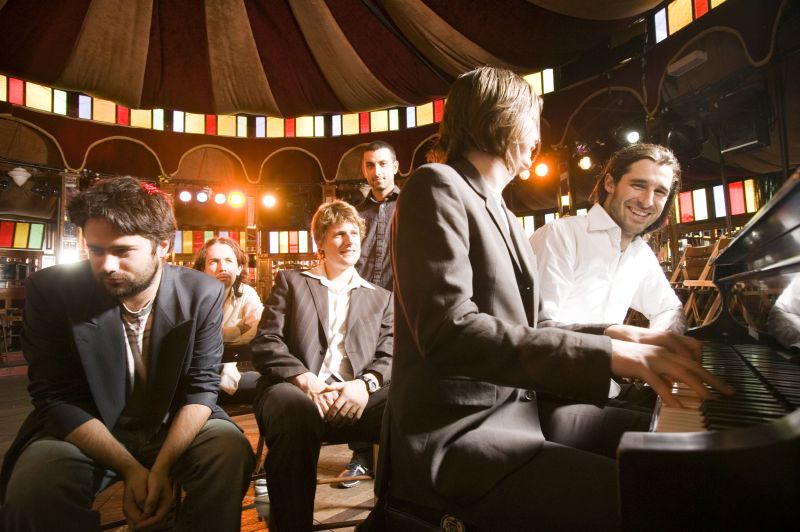 Two Shoes received its U.S. debut in February of this year. With a visit to the band's Myspace profile you can hear streaming MP3s of four singles: "How To Explain," "Side to Side," "The Car Song," and "Hello." It will quickly become apparent what numerous fans of The Cat Empire already know. Their melodies are infectious and their lyrics are catchy. In the past, The Cat Empire has played sold-out sets at the Bowery in New York, the Troubadour in L.A., and other venues. “It’s great to play for people who experience us for the first time,” insists singer Felix Riebl. “It’s like a new romance.”

So click through to the Music Allies website and fill out the short form for your chance to win t-shirts and other goodies from The Cat Empire. Make sure you pick up a copy of Two Shoes and catch a show if they come close this summer as well – you won't be sorry.