Anyone who thought the blowing sands and billowing hijabs of Bahrain could hold the "childlike" attention span of Michael Jackson for more than a year has been drinking Jesus Juice.

Anyone who thought the blowing sands and billowing hijabs of Bahrain could hold the “childlike” attention span of Michael Jackson for more than a year has been drinking Jesus Juice.

Jackson’s longtime spokeswoman Raymone K. Bain said in a statement yesterday that Jackson is planning to move to Europe for business reasons, and planning a return to performing. He has been visiting Ireland and France and holding meetings “charting out his musical future and career.” Bain said Jackson is “reviewing numerous offers to tour musically, which he plans to embark upon within the next several months. Mr Jackson has previously announced plans to record an album, which he predicts will be released in 2007.” 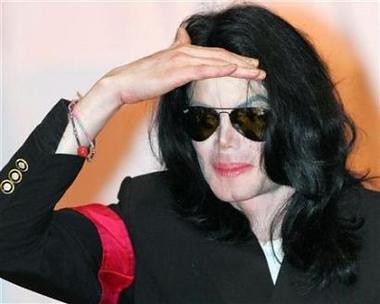 Michael Jackson in Japan in May, scanning the horizon for signs of his career.

“He is very serious about his music,” she said. “When you are a creative person and the creative juices are flowing again and you’re about to embark on new projects, you want to make sure your organization is running smoothly.”

These and other changes, including hiring New York-based entertainment lawyer L. Londell McMillan to handle his business affairs, are the first of a “sweeping restructuring of his personal and business affairs,” said Bain.

McMillan’s firm, which handled Prince’s extraction from his Warner Brothers contract in the ’90s, is “known for business restructurings and turnarounds,” Bain noted. 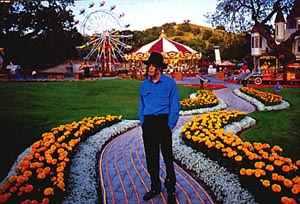 Jackson will maintain a house in Bahrain, Bain told AP, and has no plans to sell his Neverland ranch in Southern California, which was closed down in March.

“He still owns Neverland and he’s still providing the funding for its upkeep,” she said. “I’m sure at some point in time he will move back to Neverland, that’s not out of the question. It’s not in the immediate future but it’s not far-fetched.”

In April, (now former) Jackson adviser Grahame Nelson announced that the singer had “restructured his finances with the assistance of Sony.” Jackson had been due to pay back $200m in loans in December, which had been secured against his half of the Beatles music publishing catalog, jointly owned with Sony. Reports said the deal would ultimately see Jackson sell half of his 50% share in the billion-dollar catalog to Sony, leaving his share at 25%. As well as 200 Beatles songs, the Sony/ATV catalog includes songs by Bob Dylan, Joni Mitchell, Babyface, Beck, Neil Diamond, Stevie Nicks and hundreds of others, though the Beatles portion is thought to account for up to two-thirds of its value.

Court documents filed on behalf of Schaffel accuse Jackson of being a “profligate” spender, and “a master of manipulating the people around him.”

Jackson has filed a countersuit stating that Schaffel failed to pay costs from the record production, kept sculptures and paintings worth $250,000 belonging to the erstwhile King of Pop, and continued to represent himself as affiliated with the Jacko aura after their business arrangement ended.

It is possible lurid facts connected to Jackson’s criminal trial last year may be revisited when Schaffel testifies about his role in attending to the family of the boy who claimed he was molested by Jackson. Schaffel was an unindicted co-conspirator in the case.

Schaffel was also the interviewer in the infamous Debbie Rowe (Jackson’s ex-wife) videotape brought to light in last year’s trial.

When asked her opinion of Schaffel at that trial, Rowe said, “I think [he’s an] opportunistic vulture … He just bragged about how he had taken advantage of an opportunity. He said he was going to make sure Michael’s career was saved. He’s like everybody else around Mr. Jackson. He wouldn’t tell him everything.

“Obviously he’s full of shit … He was out to hurt Michael and in addition he would hurt my children,” she concluded.