For a reason that this writer has yet to deduce, Nova seems to have gotten hyper-specific this season.  Broad issues, while present in some episodes, have taken a backseat to vaguely interesting minutiae.  Even when there is a broad issue to be discussed, the series has opted to focus on the smaller bits and not tackle the larger, quite possibly more interesting, story.

Such, sadly, is again the case with their latest episode, "Lord of the Ants."  The episode tells the story of E.O. Wilson, who has spent the vast majority of his life studying ants.  Wilson, we are told, knows more about ants than anyone else on the entire planet.  He seems like a good humored man, and takes an interest in his work with enthusiasm rarely seen in a 78 year-old.

Early in the episode, for semi-comic effect, Wilson allows himself to get stung by fire ants just to prove that he knew what was going to happen.  It's a moment that's quite telling in the episode.  Watching Wilson get stung by the ants, and do so with as much of a smile as anyone getting stung can muster, one can't help but feel some enthusiasm for the wonder that are ants.  Yet, for all that, it's just an older gentlemen destroying the top of an ant colony and then placing his hand on it for little reason.  They are, after all, just ants. 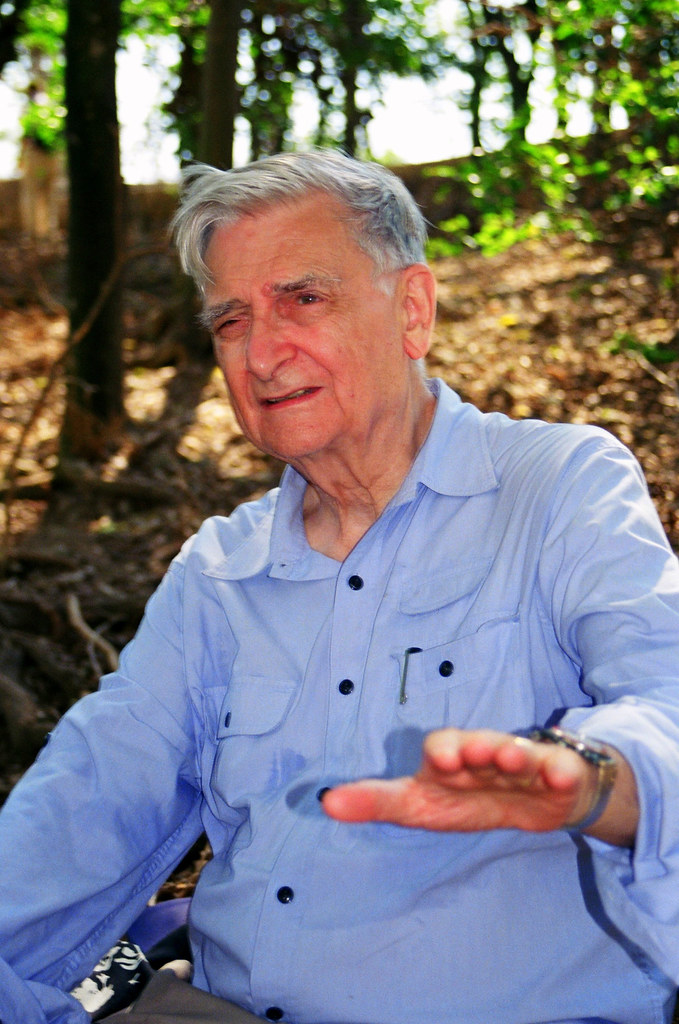 "Lord of the Ants" is quick to point out that Wilson has spent a large portion of his life trying to draw larger conclusions from his study of ants.  He is, we are informed by the likes of David Attenborough, a naturalist who has always had the incredible ability to not just focus on the small bits and pieces, but to look at the world as a whole as well.

Unfortunately, the episode itself spends far too little time on this world view.  It was, we are told, Wilson who first put forth the idea of "biological determinism" in human beings.  That is, the notion that our genetic code helps make us who we are in ways outside of our physical appearance.  The notion is terribly scary to some as it has, at times, been used to fuel the eugenics movement, but has since gained more traction.  It is, essentially, at least in part, the "nature vs. nurture" debate.

It's a fascinating question, and one that certainly is applicable to everyone in the world.  However, the episode doesn't mention it until nearly the midpoint and even then spends too little time on it, instead choosing to talk about termites and a natural equilibrium in number and size of animal groupings.  It is possible that Wilson has spent more time studying these latter things which is why the episode spends more time on them, but it just isn't as gripping.

One of the best elements of this episode is the voiceover narrative, which is provided by none other than Harrison Ford.  The words may be nothing terribly special, but the way he does have a wonderful way of speaking them that helps draw the viewer in to an otherwise bland episode.  Additionally, the timing of the premiere of this episode makes one wonder if it was purposely schedule to coincide with Mr. Ford's huge theatrical film release later this week.

Nova – "Lord of the Ants" airs Tuesday, May 20 at 8pm ET/PT, but check your listings anyway because, heck, you can.