Nova goes on a race around the world to find the first flower.

Nova covers odd things. Or, at the very least, promotes things in odd ways. On April 17, Nova’s newest episode “First Flower” will air. No joking — during the promo for this episode, which clearly states that it is about the search for the first flowering plant, there is a scientist running. Literally, the man is running. In 'reality show gone bad' fashion, he’s rushing as though there are eight other scientists hot on his trail and if he doesn’t find the fossilized remains of the flower he’s going to be tossed off the island.

You see, the first flower appeared, scientists believe, around 135 million years ago (give or take a few million years). And, it is due to flowering plants that humanity exists at all. As the episode repeatedly reminds us every time that it slips a little too far into arcane knowledge and spends a little too much energy expounding on the very nature of flowering plants, the basis of our food supply – wheat, corn, and rice – are all flowering plants. How this excuses having a scientist running away from the camera during the promo, I don’t know, but I will accept that flowering plants are important. 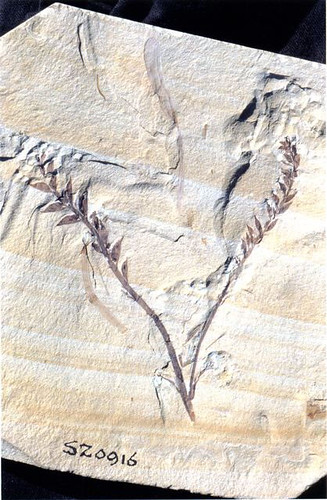 The episode starts off discussing Archaefructus, a plant “discovered” in fossil form by Professor Sun Ge in China. I use quotes here because the episode states that he discovered it, as does all the accompanying literature, but Sun Ge explains that it was handed to him, along with two other fossils, by a student. But I digress. Sun Ge thinks that this is the first flowering plant due to its shape and simplicity and the fact that the fossil is, he thinks, the right age. Is he correct? Watch and find out if he gets voted off the island.

Other scientists think that maybe it’s not Archaefructus. It’s not that they don’t think Archaefructus is just swell, they really think it’s quite a discovery, but they have their own hypotheses. Of course, if it’s not Archaefructus it means that these other scientists can discover the first flowering plant themselves, Sun Ge and his pal David Dilcher will be wrong, and someone else can have all the glory. At let’s not pretend that these paleobotanists aren’t really just glory hounds. 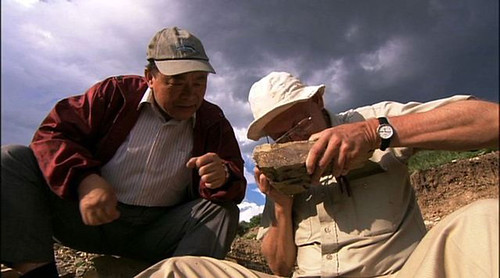 Confused? That’s okay, sit back, relax, and watch. Even if the argument over what flowering plant is the first flowering plant is a little too involved for you to get excited over, the episode has some other things going for it. Primarily, the footage of the flowers and some of the locales is fantastic. Some of the flowers shown are absolutely beautiful and made me wish for an HD television.

Additionally, the excitement of the scientists is palpable. Most notable in this regard is Dan Hinkley, an American plant explorer, who, with Chinese botanist Yin Kaipu, explores China’s Hengduan mountains. Hinkley has never been there before and runs from flower to flower and plant to plant reeling off a plethora of Latin. Even if the viewer can’t see the specific plants he’s discussing, his excitement bursts through the screen. It’s quite a sight.

The episode, while initially and superficially interesting, has trouble sustaining its momentum for the entire hour. There are moments, for people not heavily invested in either flowers or archeology, where the episode certainly lags. However, if flowers, archeology, or scientists fighting it out in an all-out battle royale for the right to claim the discovery of the first flowering plant is the kind of thing that causes shivers to run up your spine, this is definitely up your alley.

As to why that scientist was running in the promo? That I can’t answer — the scene didn’t make it into the episode.

Nova’s “First Flower” premieres on PBS Tuesday, April 17, 2007 at 8PM ET/PT, but do check your local listings to be sure.