Nova searches for the most intact thylacoleo carnifex remains EVER.

Take, for example, Nova’s latest episode, “Bone Diggers.” This episode spends an hour going over the search for, and discovery and examination of the most complete bones of thylacoleo carnifex ever found. This bad boy of prehistoric times lived in Australia and was a giant marsupial. Thylacoleo carnifex was a predator and on top of the food chain. Now, Nova joins an Australian expedition to uncover the bones of a particularly intact thylacoleo carnifex. 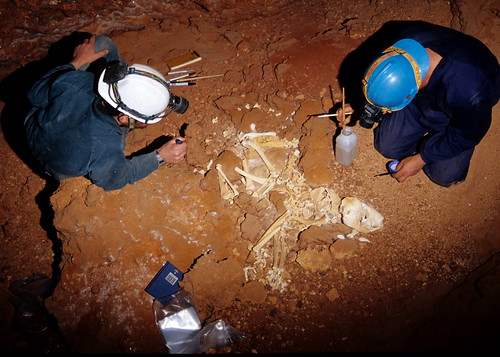 Whether or not you’re into paleontology, this episode is a grand disappointment. It’s just not well constructed. The story starts out simply enough. Paleontologist John Long was sitting at his computer one day when he received a mysterious email from someone he didn’t know. The email had, as an attachment, a picture of the most intact thylacoleo carnifex on record. The mysterious emailer was also nice enough to leave directions to get to cave that the bones were in.

Nova joins up at this point, to tag along on the expedition. After being at the site for a day or so, the searchers realize that poachers have been through here. Their evidence? Footprints around the cave. They haven’t seen that the site is hugely disturbed or anything like that, but there are footprints at this place that no one else is supposed to have been inside of for, possibly, millennia.

Luckily, the bones of the animal were eventually found (along with a ton of others), and they were analyzed. A lot of information was discerned about thylacoleo carnifex’s body structure, with extrapolations made about what this meant for his life. The show goes through all of this in great detail. 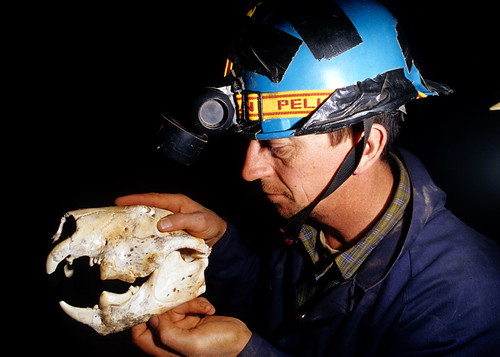 But, let us return to this poacher thing for a moment. There were footprints around the site that no one was supposed to have been inside of for millennia, so the show and the scientists assume it was poachers. Makes sense, right?

Not so much. While the episode makes much of the possibility of poachers at the site and the fear of the scientists, it neglects to link up the fact that Long received an email with a picture of the bones inside the cave. The picture was taken inside the cave. Are you making the connection that the show does not bother to explain?

Quite obviously at least one person besides the researchers was present at the cave within the last few millennia as a digital photograph was taken from inside the cave and emailed to one of them. Short of aliens or Marty McFly (and if it was Marty in the year 2025 who went back to 2005 to email the picture, the bones in the picture would have disappeared once Long discovered them). Of course, it is possible that there were poachers, that there is something else about the footprints that leads the scientists to determine that, but the episode gives no mention of it.

There are numerous other examples of where the show fails to give sufficient explanation of what is going on. It is far more interested in showing the viewer the tedium of removing bones from the site and analyzing them (with some CGI tossed in of what thylacoleo carnifex might have looked like, provided one remembers that they don’t know the color or markings on the fur, which are quite fantastic in the animations). There may also be a reason why the discovery is important (outside of improving our knowledge of one animal that died out millennia ago), but the show makes scant reference to any such things.

A mystery does exist here. Who sent that original email? Why did the person who sent the email not take part in the expedition to get the bones? It seems clear that this mysterious emailer knew what he was seeing, but that he did nothing to safeguard the site. Who is this person and why did he act in the manner that he did? There is a "sexy" story here, but it's not the paleontology aspect, it's the mystery of the email. The paleontology aspects of the story become quite dull after about 10 minutes.

There are moments within “Bone Diggers” that are fascinating; there is an inherent level of interest in learning about what life was like for the animals that roamed our planet millennia ago. However, the manner in which this story unfolds doesn’t provide for sustained interest over the course of an hour-long episode. The narrative is overly in-depth on some aspects of thylacoleo carnifex’s life, without ever truly delving into the surrounding story fully.