USA's new series is a combo of stock characters and plots, but somehow pulls it off.

Not all television series come to our screens as clear winners or clear losers. Most fall somewhere in the middle. They have good bits and bad, and one isn't quite sure watching the first couple of episodes exactly where the series will end up. Such is the case with the latest scripted drama on USA, In Plain Sight.

If pressed, I'd say that this new series starring Mary McCormack as a U.S. Marshal who works for the witness protection program will end up more good TV than bad TV, but the first three episodes leave it all a little up in the air. While she has a wonderful presence, there is just a little too much about the series that is clichéd to make it a clear winner. 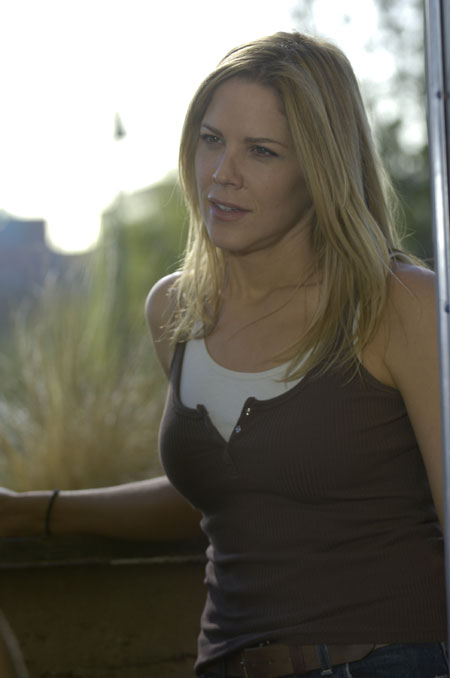 McCormack, as Mary Shannon, is a stereotypical tough-as-nails U.S. Marshal who will step over anyone and everyone to do what she feels to be the right thing. She puts up a strong front in order to wall off her more touchy-feely side, clearly terribly afraid of getting hurt.

Every week, Mary finds herself protecting a different witness and trying to manage her dysfunctional home life, which includes her drunk mother, Jinx (Lesley Ann Warren), and her mooching, troubled, freeloader of a sister-with-a-secret, Brandi (Nichole Hiltz). It's not the family everyone would wish for, and certainly Mary sometimes wishes for a different one, but under the semi-snappy one-liners they love each other (mostly).

Mary's co-workers and friends have their own collection of quirks, like her partner, Marshall (Frederick Weller), who is a fifth generation Marshal (though not necessarily a fifth generation Marshall, too). Like Mary, he's got his own set of snappy remarks and quick repartee. Then there's Stan McQueen (Paul Ben-Victor), Mary and Marshall's boss. His job seems to be to manage his underlings as best he can, and look the other way when he can't. 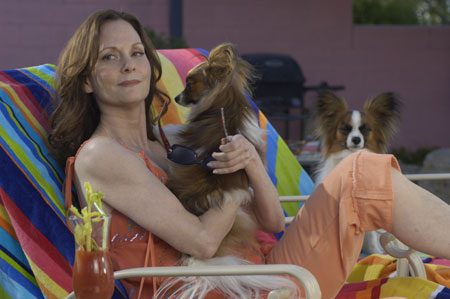 This is where things get tricky. They're all, as far as the first few episodes are concerned, stock characters. They're all easily defined and neatly fit into swell little categories (including Mary's pseudo-boyfriend Raphael, played by Cristián de la Fuente, and homicide detective Bobby D, Todd Williams, who crosses paths frequently with Mary). Their interactions are exactly what one would expect them to be; everyone has seen enough television at this point to know who these characters are after a few minutes of their being on screen. And yet, they're somehow compelling.

Watching Mary enter a men's room, make jokes about the man at the urinal's genitalia, and finally get the information she needs from him proceeds exactly as the audience knows it will from the moment she enters the bathroom. McCormack pulls it off though. She even apologizes at the end of the scene for the small genitals joke, as though she knows that the audience has heard it before.

The other basic problem with the series is that the first few cases and witnesses Mary gets involved with are not that compelling. Like the main characters themselves, the witnesses and cases feel as though they've been pulled from well-worn models. There's the Italian mobster family from New York, there's the boy whose father is a drug dealer and a danger to young ones. It almost feels as though in creating the show the producers sat down, watched a ton of cops and robbers movies, and pulled characters from them.

Again, that's not necessarily wholly negative. The show seems to be asking what happens to these criminals after they decide to become a witness for the state. What if Kay went to the cops rather than just divorcing Michael? What if "Big Pussy" Bonpensiero had gotten away from New Jersey? What would have happened to these people then? It's an interesting question. Unfortunately, however, In Plain Sight doesn't seem to have a very interesting answer yet.

Maybe it will in the future. The third episode sent for review, "Iris Doesn't Live Here Anymore," is markedly more entertaining and engaging than the first two. Hopefully, the episode indicates movement and is not just an anomaly.

Additionally, it should be noted that the series certainly has enough good elements to give it the benefit of the doubt early on.

In Plain Sight premieres on USA June 1 at 10pm.