Courteney Cox is back, and she's still covered in Dirt.

The fallout from the writer's strike is going to continue to last for some time. Premiering this Sunday, March 2, is the second season of FX's Dirt, which, due to the strike, ended up only producing seven episodes instead of the initially ordered 13. This shortened season is a shame for the show, which I found too pointlessly dark and depressing in its first season, which seems to have a hit a wonderful stride in season two.

Season two starts off with Lucy Spiller (Courteney Cox, who also serves as an executive producer on the show) in the hospital after her fateful run-in with an attacker's knife at the end of season one. The stabbing has left Spiller a changed person, as Cox put it in a recent interview:

She definitely has a different outlook on life. She doesn’t take it quite so seriously. I think she’s a little more appreciative of what she has… I think she just likes her job more as opposed to needing to tell the truth for some personal reason. It’s more like, "Hey, I’ve got a great job. This is fun. I want to be the best I can be at it."

It's this "different outlook" that Lucy has which has helped morph the show into a far more enjoyable experience. Dirt still unquestionably attempts to shine a light on the workings of paparazzi and celebrity, and how the two feed off of each other, but it does it with a much lighter tone. Rather than being quite so depressing, the show opts to head in a slightly more amusing direction. It tackles issues that are just as serious, but does so from a slightly different point of view.

This season also sports a much more true to life look at celebrities, which Cox states was a very conscious and overt choice:

We thought that would be a good way to just start the season, and it is absolutely ripped from the headlines. We usually do a hybrid of celebrities and then add to the… [and] sum it up in a different way just for fun. But yes, it’s definitely relatable this year and I think it makes for just a more exciting television show.

Cox is definitely correct about that. In the first two episodes they focus on several different "ripped from the headlines" celebrity stories including Alec Baldwin- and Paris Hilton-based ones. It i 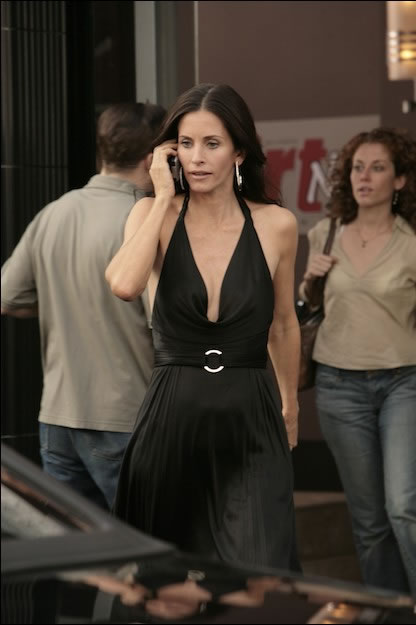 s entirely possible that at some point that the closer-to-life celebrities the show uses will become a tired ploy, but certainly in its first two episodes it is fun, fresh, and wholly enjoyable.

This season of Dirt also sports a couple of additions to the cast, including Ryan Eggold as Farber Kauffman, an idealistic young newspaperman who Spiller is able to take from the world of "proper" journalism into her tabloid. Though the wide-eyed naïf does little in the first two episodes to become a three-dimensional character, he still provides an additional note of levity and works wonderfully as a proxy for the audience.

Spiller and Willa McPhereson (Alexandria Breckenridge), one of the reporters at Spiller's tabloid, DirtNow, are able to explain to Farber, and thereby the audience, just how the notion of celebrity functions in Los Angeles. The lessons Farber learns early on (celebrities don't spend time in jail) may seem obvious to anyone who has turned on their television in the past few years, but getting the tabloid's take on the "why" is more interesting.

Also returning this season is photographer Don Konkey (Ian Hart), a schizophrenic who is finally taking his medication. Don finds much he has to adjust to at the opening of season two, from his cat's not talking to him anymore to having to take care of the recovering Lucy. It's a good change to last season's dynamic, which had her taking care of (and sometimes using) him.

Throughout the course of season one the show dealt with a season-long story arc of just how Lucy affected the lives of certain celebrities in Hollywood, and it was this that led to her eventual stabbing. With the show only getting to produce seven episodes this year instead of 13, the immediate question this reporter had is whether or not the audience is going to be left hanging halfway through a similarly long story arc. Cox ensures us they will not:

…luckily, what works in our favor this year, which would have not have worked last year at all, is that each episode is self-contained, even though there may be a character that goes over a few episodes you can watch each one and feel like you’ve wrapped up a story… [did] we have bigger plans? Sure, but does it work? Yes.

Despite these differences in tone and season-long story, Cox seems confident that not only will the show attract new fans, but that hopefully old ones "will enjoy the changes that we’ve made. She concluded with:

I think this year it’ll be more of a fun show to watch, where you’re kind of guessing who are we talking about… then we can give you a different perspective on it… It's just an all over more fun, lighter tone, but hopefully still outrageous.

If the rest of the season is as good as the first two episodes, she'll have nothing at all to worry about.

The second season of Dirt premieres on FX Sunday, March 2, at 10pm.