Margaret Mitchell and Harper Lee have much in common. They are both from the South, though in no way is either the archetypal Southern Belle. Each was something of a tomboy. They both produced one remarkable novel and never wrote another. They each created word portraits of life in the South that were to become iconic. Excellent films were made from the books, and each of the films was a huge popular success. So it is not strange that PBS should choose to air American Masters documentaries about the two authors on the same evening. It is not strange, but it is unfortunate.

Margaret Mitchell: American Rebel premieres nationally on Monday, April 2 at nine PM. It is followed at ten PM by Harper Lee: Hey, Boo. The proximity of the two is unfortunate because the Mitchell film is a fairly conventional biographical documentary, while the Lee film is a masterful attempt to explain the significance of a 20th century literary masterpiece. It is unfortunate because the attention to the books that made these women household names makes it abundantly clear that while one was a hugely successful piece of popular fiction, the other was not only a great work of literary fiction, it was a significant force for social change. 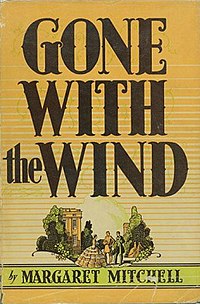 Certainly Mitchell’s Gone With the Wind was an important book in its day, but To Kill a Mockingbird is a book for the ages. It is no accident that the talking heads that appear in the Mitchell documentary are for the most part members of the Mitchell industry. They are Mitchell biographers, Southern historians and a film historian with a book on Gone With the Wind. The novelist Pat Conroy appears, but he is also someone who has written about Mitchell, and Pearl Cleage is on board to give us the Black perspective on the book, but, by and large, the documentary is less interested in the novel than it is in the woman who wrote it.

The talking heads in the Lee documentary, on the other hand cut a wide swath across the American cultural scene. There are important literary novelists like Richard Russo and Wally Lamb. There are writers of popular fiction: Scott Turow, James Patterson. There are social and cultural leaders: Andrew Young, Oprah Winfrey, Tom Brokaw. They all speak to the effect the book had on them and on the national conscience. Perhaps because of the importance of the book, perhaps because of the author’s decision to keep out of the public eye, this is a documentary more interested in the novel than it is in the woman who wrote it.

The Mitchell documentary is well done; the Lee documentary is a work of art. The Mitchell film follows the life of the author. It describes her childhood, looks at her marriages, her work in journalism, her periods of depression, and the writing of her book. It talks about the motion picture with plenty of clips of Clark Gable and Vivien Leigh, and goes on to detail her life after the hoopla had died down. It describes her activity during the war years and her contributions for medical students at Morehouse University. It is a creditable portrait of the woman and her work.

The Lee documentary is an impassioned expression of admiration for an emotionally charged life changing novel. What there is of the author’s life, and there isn’t all that much, is all related in some way to the contents of the novel. Award winning filmmaker Mary McDonagh Murphy, author of Scout, Atticus & Boo: A Celebration of To Kill a Mockingbird, has done masterful job of melding biography and fiction. She points out the origins of many of the characters and describes locations used in the novel. Certainly, she pays attention to Lee’s life in New York, to the interest she took in the film, her friendship with Truman Capote and their estrangement, but the emphasis is always on the book. Indeed the way she weaves together readings from the novel with lines from the film is a very effective indication of the close relationship between Horton Foote’s script and Lee’s original dialogue. In many respects it is a love song to the book.

These are two excellent documentaries, both well worth your attention. It is merely that the one pales in the presence of the other. Watch them both to be sure, but if you only have time for one, you don’t want to miss Harper Lee: Hey, Boo.