It's all about the Monks. Or, at least should be, and not the Tony Shaloub kind (though he's good, too). 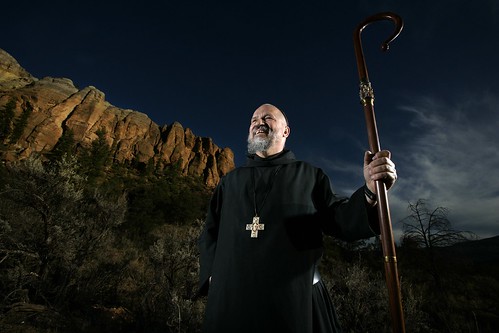 The problem isn’t so much that the concept is bad, it’s not. It’s actually a really interesting notion. They take five different men, all facing personal crises, and throw them into a monastery, sealing them off from the outside world for 40 days so they can learn more about themselves and their world and possibly discover faith. See? Vaguely interesting, right? It’s just too bad the people they chose to send to the monastery are so completely and totally uninteresting. For example, let’s look at Warren Huber (not one of the drinkers). Warren is an introvert, studies physics, is striving for the “Gandalf look,” and, here’s the hook for Warren, he’s a former Satanist.

Yeah. Now we’re talking. That’s what people want to see. Let’s send a Satanist to live with monks. That’s not good TV, that’s great TV! It’s an actual battle of good versus evil and should be just plain fantastic to watch. Oh. Wait. One little glitch here. He’s a “former” Satanist. Former. That takes all the oomph out of it.  Warren has renounced Beelzebub and wants now to be an Episcopal 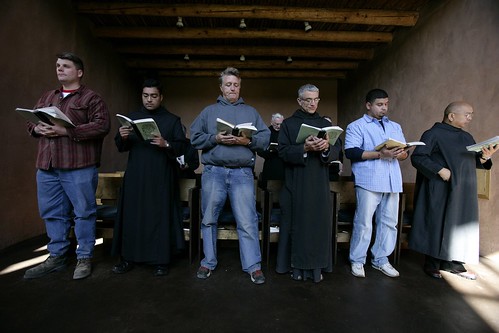 Good for him, but bad for viewers. TLC still manages to promote him repeatedly as a “former Satanist” though, despite the fact it never, not once, came up in any meaningful context during the series. There’s no speaking in tongues, there’s no twisting of heads, crawling on ceilings, or projectile vomiting. There’s just a guy who wants to be a priest. It’s all well and good in the real world, but TV is not the real world.

The Monks themselves are actually fascinating, and the show would have done far better to eliminate the outsiders completely and just focus on the trials and tribulations of the monks at The Monastery of Christ in the Desert. They’re absolutely fascinating.  Their history and reasons for turning to the Church, and following The Rule of St. Benedict would be interesting. There’s one monk who lives there who has been a hermit, living by himself, away from the community, for almost 30 years. He’s someone I want to know more about.

The series is really a fascinating concept. It is shot as an observational documentary and the cameras and cameramen try not to interfere with the proceedings (as much as is possible), and the five men who go there are real people with real issues in their lives 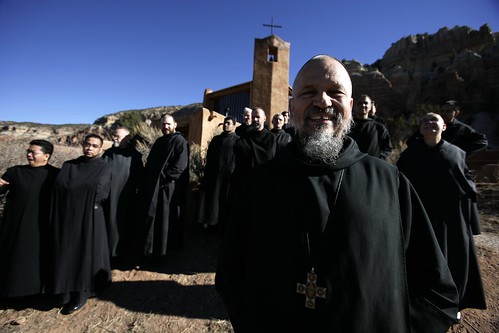 and, at least some of whom really want to learn be better people. The problem is that good intentions don’t always make for good television. If I were rating simply the desire to help and be good and to do something new and interesting, this series would get five stars. It would be an absolute home run.  If I were to rate based on outcome, the whole thing sinks down to about one and a half stars.

The monks I absolutely love. They’re holy, and they’re human, and wise and silly, and just all around wonderful. As for Warren, Tom, William, Alex, and Jonathan (the five men in question), I’d like to exorcise them from my memory. Maybe I just need to blame it on the rain that was falling, falling.