The show comes out of the starting gate strong at the beginning of its second season.

Last year PBS launched a brand-new spin on its classic show, Nova, entitled Nova scienceNow.  The show will debut its second season during the first week in October.  New this season is astrophysicist Neil Tyson as the host for the series. Tyson makes for a wonderful addition to the series and gets the ball rolling almost immediately.

He starts off the show with a fascinating, and terrifying, account of the possibility of another asteroid collision with earth. Numerous asteroids have hit earth in the past, and Tyson promises us that another one will occur in the future. Besides discussing one specific asteroid that might hit us, Apophis, Tyson describes previous asteroid impacts and what a future one could do if it hit us. The undeniable reality of an asteroid striking the earth is horrifying, but Nova scienceNow provides several different experts to take us through ways to potentially stop the inevitable. 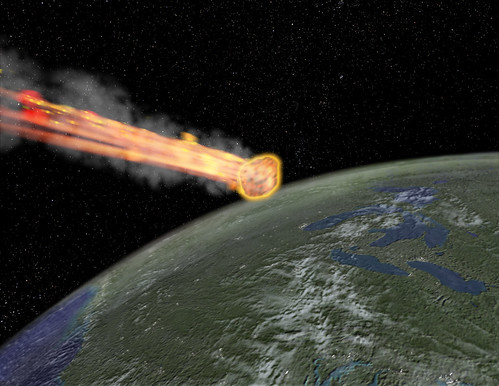 what an element is, and how these nuclear chemists are trying to create new ones, and additionally describes for the viewer the history of the chemists themselves and how they entered into this field.

The third of four stories Nova scienceNow delivers in the premiere episode is about weight. Scientists have discovered a gene which, when lacking in mice, causes obsessive eating and weight gain. It is believed that the absence of a specific protein in humans affects them in a similar way. The theory is that this protein allows the body to know that it is full, thereby signalling the cessation of eating. Thus people without the protein don’t realize that they are full and eat more than they should.  Research into the field is continuing, with the hope of making people in the world more healthy.

The final story in the first episode this season is about Karl Iagnemma, a scientist and fiction writer. It goes into depth on his growing up, how he came to both a top engineer and respected author, and why the vast majority of people have difficulty managing these disparate activities.

Nova scienceNow has the wonderful ability to take 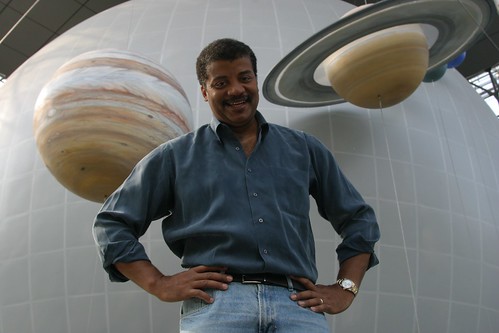 stories that could rapidly devolve into hyper-specific scientific techniques and pursuits and explain them to the average viewer. This episode uses a lot of computer graphics to animate asteroids, space shuttles, and the insides of elements.  In virtually every case the graphics are not what someone accustomed to multimillion dollar Hollywood films is accustomed to.  But when used correctly (as with the example of the inside of elements) it makes no difference — they are clear and perfectly illustrate the show’s points.  However, there are moments during the asteroid piece with Neil Tyson standing in front of a green screen where the effects do look cheesy and don’t add to the story or episode.

I found three of the four stories told in the premiere to be completely riveting.  The one that I personally could have done without was the final one, on Karl Iagnemma.  It’s not that Karl’s story is run-of-the-mill in any way, but I didn’t believe it to work in with what the rest of the episode was about.  Karl’s story’s main focus is on him, whereas the other stories, while they do focus on specific people, use the people to illustrate the larger story, as with the overweight families that were discussed in the piece on the “fat gene.”

Even so, Nova scienceNow is a wonderful example of how to tell important scientific stories to mainstream America without dumbing them down and without talking over people’s heads.

Nova scienceNow will premiere Tuesday October 3 at 8 pm on PBS.