For the few who don’t know, February is Black History Month. In celebration of this, the folks at Nova are rolling out a mammoth, two hour episode entitled "Forgotten Genius" that follows the life of scientist Percy Julian. The story of Julian’s life and work is told both through reenactments and narration by Courtney B. Vance.

As an African American born in the south in 1899, Julian faced a huge number of hurdles. After going to elementary school in Birmingham and high school in Montgomery he went on to DePauw University in Greencastle, Indiana (he was the first of his family to attend college).

After graduating Phi Beta Kappa from DePauw he went on to try and pursue a career in chemistry. After a number of years of struggle and setbacks, Julian finally earned an M.A. and eventually a Ph.D. 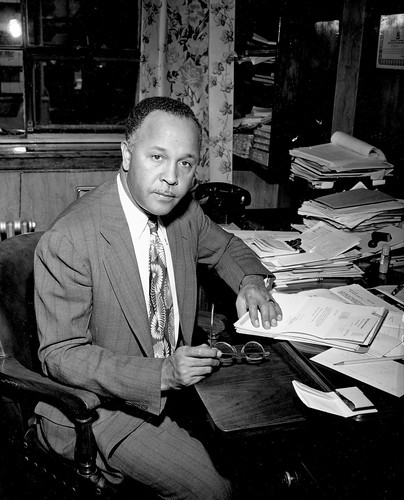 Despite his stellar academic performances, due to his race Julian found it exceptionally difficult to obtain gainful employment, before eventually landing at Glidden Paints, working on the soybean. At Glidden, Julian proved to be hugely successful, inventing a number of uses for soybean derivatives and eventually branching out beyond that. He went on to help develop methods to help produce cortisone to treat arthritis, a drug to treat glaucoma, and numerous other products and medicines.

Even as a successful scientist, and a pre-eminent professional in his field, when he moved into a white neighborhood he and his family were terrorized, to the point of dynamite being thrown at his home.

Clearly Julian was a great man who overcame a ton of adversity in his professional and personal life due to his race. But, is the documentary any good? 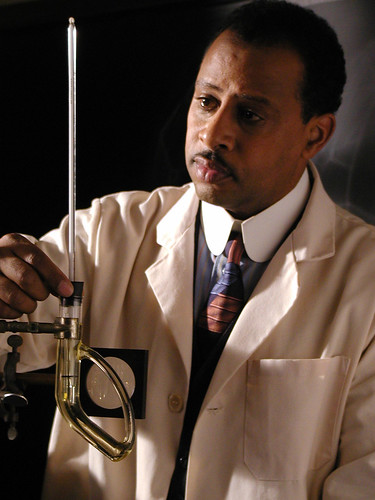 Actually, yes, it’s really something quite special. It has not only reenactments with Ruben Santiago-Hudson (Lackawanna Blues) as Julian, it also has narration by Courtney B. Vance, and more scientists and historians touting Julian’s attributes than you can shake a stick at. And, beyond that, it’s incredibly well put together.

It is evident that an incredible amount of effort, energy, and thoughtfulness went into the production of this documentary. While that doesn’t necessarily yield a good outcome, in this case everything clicks.

There are few moments in the two hour runtime of the episode that aren’t compelling. There are times when the science does become a little too daunting, not because it’s too in-depth, but because there are simply so many different things that Julian worked on during his career. While each individual scientific experiment or process is well explained, by the end of the episode they all become somewhat jumbled together. 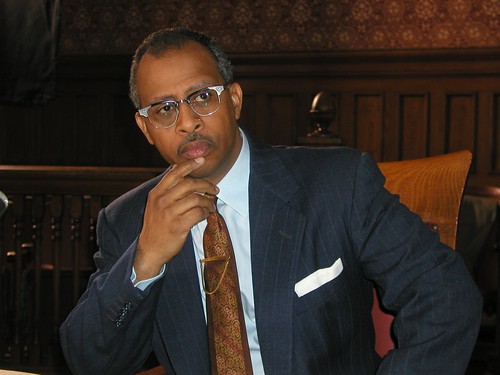 Although it works well, one of the more unusual choices made in the documentary, is the decision to have Santiago-Hudson provide first person narrative voiceover in addition to Courtney B. Vance’s third person voiceover. It seems like a non-intuitive way to construct the story, although, it does provide for added insight into what Julian may have been thinking and feeling at various moments in his life.

Well constructed, carefully thought out, and truly a touching piece, this episode is truly a testament to what the right person can do, no matter the adversity they face in life.

Nova – "Forgotten Genius" airs Tuesday, February 6 at 8PM on PBS. But, it's always a good idea to check your local listings.