With an new pop album coming out, he now sees potential fans where he once saw infidels.

Yusuf Islam, the artist formerly known as Cat Stevens, can’t quite seem to avoid religious/political controversy, though he is clearly expending effort to tread on contentious ground diplomatically.

Sunday, in response to Pope Benedict’s notably undiplomatic speech, which contained this fateful quote from a 14th-Century Byzantine emperor — “‘Show me just what Muhammad brought that was new, and there you will find things only evil and inhuman, such as his command to spread by the sword the faith he preached'” — Islam/Stevens said, “At one point, I used to believe that the pope was infallible,” referring to his Catholic schooling as a boy.

The Pope “should have looked elsewhere if he wanted to quote,” he continued. “But we respect the pope and his position,” he said, adding it was good Benedict had retracted his statement “in a way.” 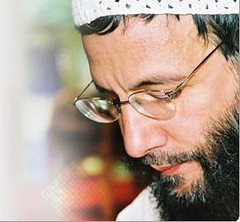 However, Islam, not wanting to alienate a world full of Catholic potential fans, became uncomfortable with even that relatively mild a criticism of the pontiff, and issued a “restatement” of his message to the Pope:

“Yusuf Islam’s respect for the head of the Catholic Church and his position remains unaltered. However, he believes the quote the Pontiff chose was inappropriate and suggested another quote by Mahatma Gandhi, whose interpretation of Islam was much more peaceful. In Young India, he wrote, ‘I become more than ever convinced that it was not the sword that won a place for Islam in those days. It was the rigid simplicity, the utter self-effacement of the Prophet, the scrupulous regard for pledges, his intense devotion to his friends and followers and his intrepidity, his fearlessness, his absolute trust in God and his own mission. These and not the sword carried everything before them and surmounted every obstacle.'”

Islam is also sending a personally signed copy of the reissue of his book The Life of The Last Prophet to the Pope for his library, “hoping the understanding and dialogue between people of the great faiths of Islam and Christianity will advance towards a more enlightened future of knowledge, charity and peaceful co-existence,” the message on his site states.

Though as we speak I chase the cynic within me around with a muzzle trying to silence him, I can’t help but wonder if this diplomacy has anything to do with the former Cat’s reentry into the secular world with his first pop album in 28 years come November.

In his ’70s heyday, the Cat had an exceptional melodic gift, unique voice, and knack for blending folk, rock and pop into a amazing string of bright, deep songs, as demonstrated on his extraordinary The Very Best of Cat Stevens: “Matthew & Son,” “The First Cut is the Deepest,” “Wild World,” “Where Do the Children Play?” “Hard Headed Woman,” “Father and Son,” “The Wind,” “Morning Has Broken,” “Moonshadow,” “Peace Train,” “Sitting.”

Every single one of these is a play-along, sing-along classic, with exceptional arrangements and production. The touch was fading in the later-’70s as he grew less focused and more eclectic-poppy, but Stevens threw it ALL away when he went hard-core Muslim in ’77, and not regular old Western-style Muslim, but kill-the-infidel, lost-his-mind, jihadi Islamist.

Islam has mellowed dramatically over the years, done a ton of charity work, and has come close to full circle now as a wise, elder statesman (58), offering himself as bridge between Islam and the West.

As part of his pop reentry, Islam performed at the launch of The Fortune Forum Club — a fundraising initiative against global poverty — Tuesday night in London, and tossed the hokum like a Southern diplomat. To keynote speaker Bill Clinton he gushed, “Bill Clinton is one of the good things we miss about America.”

He also mused, starry-eyed, “I remember being little and dreaming of the things this world offers. I promised myself if I got them I was going to give back.”

Islam played in front of a big-bucks audience including Michael Douglas, Catherine Zeta-Jones, ballerina Darcey Bussell, Richard Branson, and supermodel Lily Cole. The Cat has been reassimilated, it would seem.