Imagine the hot lesbo action that might take place while Ms. Campbell is locked down with other angry convicted women.

It seems that supermodel Naomi Campbell can’t keep her temper under control and continues to lash out at those around her, this time her housekeeper.

According to CNN, Ms. Campbell was arrested on assault charges stemming from a cell phone attack launched at her housekeeper Ana Scolavino, resulting in a cut needing four staples to repair. 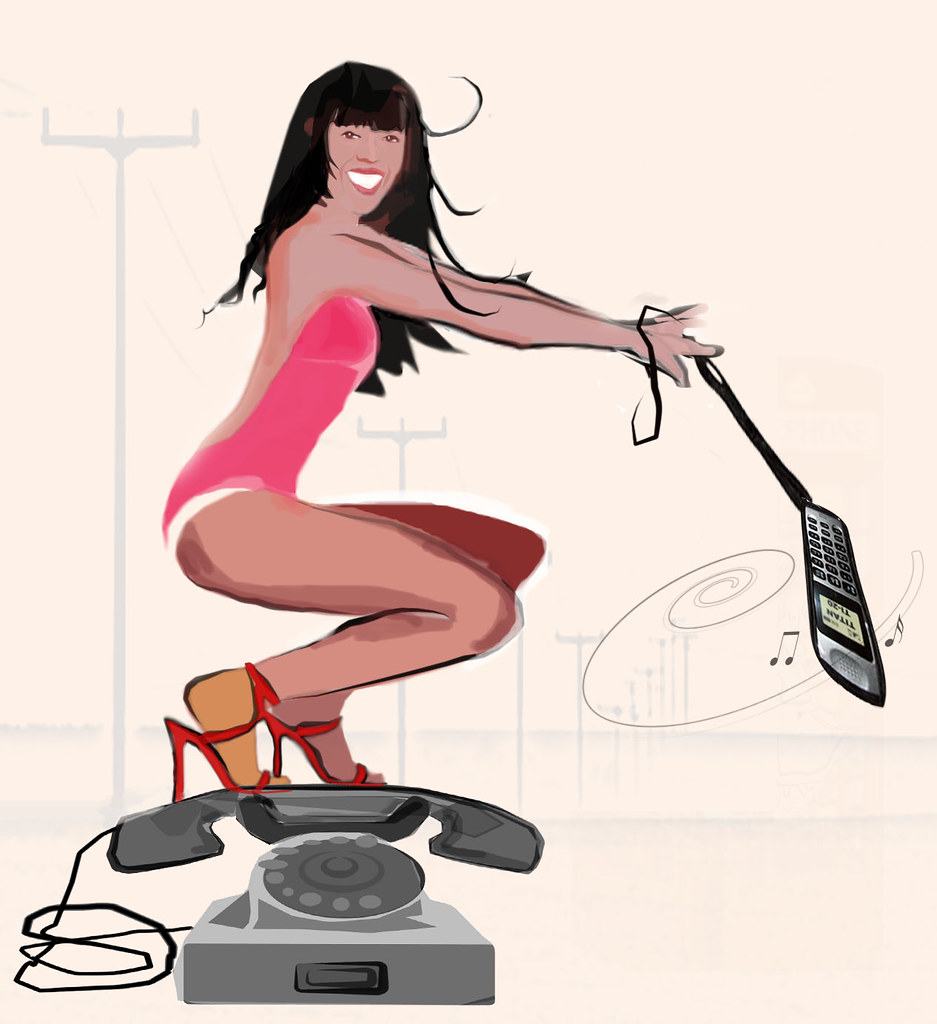 Of course, Campbell’s spokesperson denies these charges and says her side of the story will reveal a vengeful employee angry for being fired after accusations of theft over the course of three months of employment. Campbell’s camp contends the injury was self-inflicted. It’s possible, but considering the cut was in the back of the head, it seems unlikely.

Now, if this were the first time Campbell had been accused of assaulting an employee, I might be skeptical, but this is just one of several accusations, and that can’t weigh heavily in her favor.

Campbell pleaded guilty to a 1998 assault charge on her assistant Georgina Galanis, in what sounded like a pretty vicious attack, which included choking the former assistant. Ms. Campbell has attended anger management counseling in an effort to control her fits of rage. Rage, that she blames on being abandoned by her father as an infant.

What it sounds like to me is more spoiled celebrity bullshit that stems from not getting one’s way and never having to face the consequences of one’s actions.

That may change this time. According to the New York prosecutor, she could face up to seven years in prison if convicted.

Campbell, taking her arrest in stride, had this to say about her arrest:

“The police have been really nice. They are treating me great,” she told reporters.

I wonder how she will feel about her fellow inmates’ treatment of her? It may give her a whole new meaning of the word “bitch” when she is one to some gang sister in the clink.

Honestly, could anyone care less about this “ex-drug addict” stuck-up bitch going to jail for acting like a pyscho? I am certain she won’t serve any hard time, as celebrities seem to be able to get away with crap that the rest of normal folks can’t.

But, I can certainly imagine the hot lesbo action that might take place while Ms. Campbell is locked down with the other angry convicted women.