Nearly a year in advance of the film’s release, the makers of Spider-man 3 are going viral.

Apprehending the interactive powers of the blogosphere, last week Sony set up an “official blog” for the third film in the fabulously successful series. 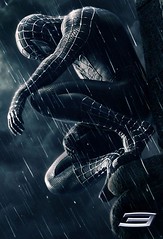 And, tapping into the root source of Spider-man fandom, director Sam Raimi and heavy hitters from the cast of the film appeared Saturday at San Diego’s Comic-con comics convention, whipping anticipation to an early frenzy ahead of the film’s May 2007 opening.

In fact, they used the blog to inform fans of the convention appearance. 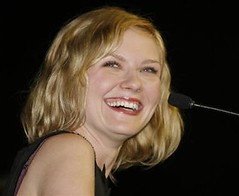 I have a vision of Grace’s fresh-faced “Eric Forman” character from That ’70s Show guzzling merlot, doing bongs and giggling a lot with Haden Church’s “Jack” from Sideways in the Forman basement with some waitresses they picked up. 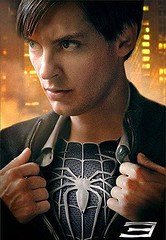 Back at Comic-con, muddying the waters of filmic prognostication, Maguire seemed to contradict rumors that the third film in the series would be the finale, saying, “There will be some conclusions, though I wouldn’t say it’s necessarily the end … If there are stories worth telling, then we’ll tell them.” He said the the film’s conclusion would be left “open-ended.”

Regarding Grace’s Venom, Raimi said, “We had different looks for Venom, but [exec producer] Avi Arad wants to stay classic.” The unfinished trailer Raimi showed at the convention began with Aunt May cautioning “Uncle Ben wouldn’t want us living with revenge in our hearts, just like voices that take you over and turn us into something ugly,” and ended with Venom — with essentially the same powers as Spider-man but a much nastier disposition — in classic black equipped with vicious spiked teeth and a tongue that would shame Gene Simmons – very dark. Oh, and there was a lot of creepy black goo. 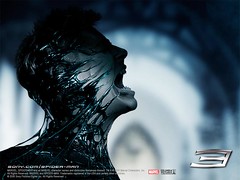 Grace said his character is “kind of a case study in if someone very similar to Peter [Parker] got the same powers but didn’t have a good upbringing.”

Raimi also got all solemn and earnest, riffing on the “responsibility” of telling “the story of this character that kids look up to as this great hero,” and “certainly you don’t want to make anything that isn’t worthy of their admiration.”

Raimi revealed that what was implied at the end of Spider-man 2 would come to pass: Peter Parker’s best friend Harry Osborn would indeed follow in his father’s cackling Green Goblin footsteps and become Hobgoblin.

Back at the blog, fans left hundreds of comments in response to the Comic-con revelations, many bursting with unbridled enthusiasm: “This is going to be the greatest movie of all time!!!”; “I love spider man and venom so much – venom is so sick can’t wait!!!!!!”; “WOW, I … trusted Raimi after seeing Spiderman 1&2, but this stuff is WOW!!!..awesome”; and music to a filmmaker’s ears, “Spider-man 3 is going to be the best movie of the summer … Going to be there at the midnight show on the released day SPIDER_MAN ROCKS!!!”

A challenge hurled at new box office monster Pirates of the Caribbean: Dead Man’s Chest: “Pirates may have taken away Spider-man’s opening record, but Spider-man 3 will bring that record back.” 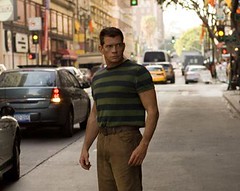 And an ecumenical voice of reason: “How about we don’t get too hyped up about Venom, lest we forget about Flint Marko and Harry Osborn. Sandman and the Goblin will definitely create some great tension and action, even though Venom will be the main challenge in Spidey’s next movie. I honestly cannot wait for the THREE-ON-ONE battle that seems to be looming about this story. Come on, people, you know you want it.”

Clearly, the makers of Spider-man 3 have learned what it takes to make people “want it”: superior filmmaking and interactive, viral marketing.