In a money-grabbing cynical move Rihanna and Chris Brown make music together, with a dangerous message: violence is okay.

Sold Out: Rihanna and Chris Brown Do Music Together 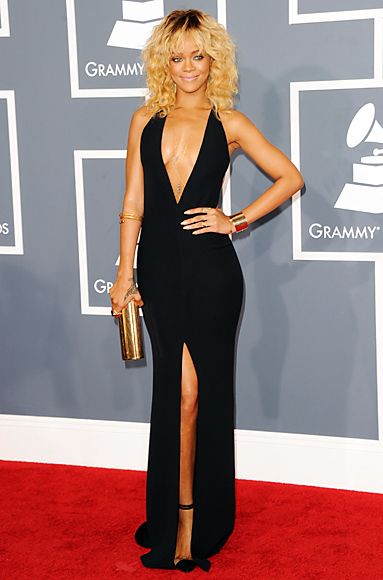 Interesting how in the modern world, celebrities have the capacity to influence people’s lives, and how they do such stupid things with that kind of power. What is a regular girl out there more likely to encounter going about her daily routine: a scholarly manual on abuse suggesting you should never go back to/reconcile with abusers, or a pop song with a catchy tune? Right, a pop song. What does this latest development suggest to that regular girl? “Just give it a few years, and pretend like nothing happened.”

This greedy move (Rihanna sings on Brown’s “Turn Up the Music” and Brown joins her on a new version of “Birthday Cake”) could not be more cynical. Chris Brown may be simply desperate, but Rihanna was positioning herself as the next Madonna. As always, this purely lucrative endeavor has been presented as a sign of reconciliation, a peace treaty.

Did any of these people every hear of psychology? This kind of rejection is the first thing healthy humans do because accepting that their loved ones are capable of beating their faces to a pulp is too painful. Rejection, the need to forgive, to make peace, to pretend like “it’s okay” is the first sign of being a victim. Rihanna is reaffirming her victimization, not fighting it as she claims. Survivors don’t give a shit about their abusers; they have better things to do.

Time and time again we see the destructive power of abusive relationships, the staying power of violence haunting the victim long after the bruises have faded. The most recent example is Whitney Houston, who was perfectly fine before she fell in love with a bad boy.

How many women will suffer from Rihanna and Brown teaming up for a tune, women caught up in the victim-abuser addiction, grabbing at every chance to find even a pale resemblance of an excuse for such behavior? How many women will clutch at this straw and go back – only to be mistreated again?

Only the most naive will buy into the “moving on” shit; it’s all about money. This time, however, the level of cynicism is skyrocketing. The saddest part is that these tracks, known merely for their relation to the turbulent couple, will probably shoot up to the top of the charts, which proves that there is nothing sacred left neither for the makers of such “hits,” nor for their consumers.

But what did I expect from Rihanna when back in Rated R’s Hard she was lamenting the loss of “the money, the fame, the cars, the clothes?” How about the loss of innocence, dignity, peace of mind, trust? She was worried about designer gowns. What a joke.

Yet again, Rihanna went against every bit of decency and grace she managed to fashion during her publicized traumas in 2009. Whatever pedestal she was perched on as a result should be dismantled immediately, and replaced with a SOLD OUT sign.

'Beyond Bedlam’s Door: True Tales from the Couch & Courtroom' by Mark Rubinstein is absolutely a must read for people interested in how the brain works and how the courtroom can either protect or destroy it.