An autographed Justice League giveaway... you know you're curious.

Yes, yes we are, and I thank you for asking such a leading question.

You see, we here at Blogcritics Magazine feel it is our responsibility to bind up the nation's wounds, to care for him who shall have borne the battle and for his 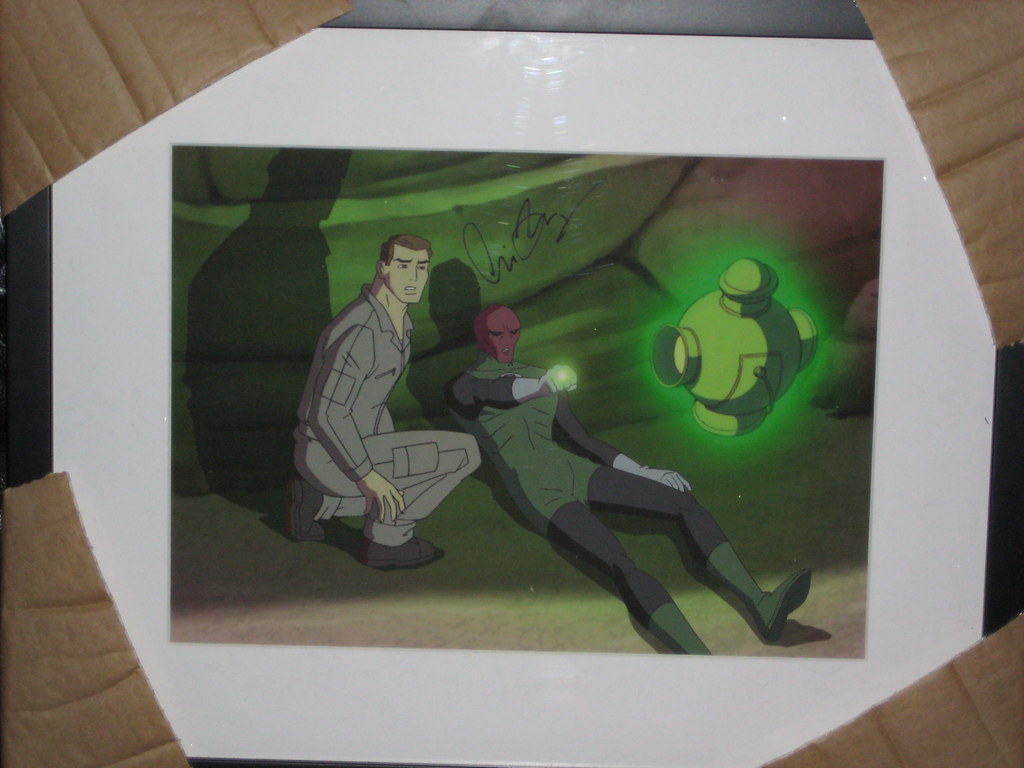 widow and his orphan, to do all which may achieve and cherish a just and lasting peace among ourselves and with all nations.

Nope, my bad, that's not our manifesto at all, that's the end of Abraham Lincoln's Second Inaugural Address.  But, that is a similar way, I think, to how the Justice League feels about the whole shebang.  The Justice League truly does strive to do the right thing, for the right people, it's their shtick, if you will (even if you won't, frankly, it's still their shtick).

In conclusion, take a look at the neat-o cel we have to give away, follow the contest rules, and help that old lady cross the street.