As is being discussed with particular vigor and vehemence on this post (see comments), I am as down on (not “with”) thug culture as most anyone, but who says hip-hop is all about thuggery? Check out hot crunkster David Banner and his stance on education:

Highly acclaimed Mississippi hip-hop artist David Banner has officially announced the five recipients of his “Crank It Up” Scholarship Award worth a total of $50,000 in educational funding. Ryan Larkum of West Hartford, Connecticut; Matthew Foote of Ashburn, Virginia; Eric Harris of Branchville, South Carolina; Karen Dunlap of Oviedo, Florida; and Patrick Godfrey of Hendersonville, North Carolina, a US soldier stationed in Iraq, are each recipients of $10,000 in scholarship monies.

In December of 2003, Banner revealed that with the release of his widely revered MTA2: Baptized in Dirty Water album, he would be randomly placing five game pieces within the first 300,000 copies to be sold. Each of those game pieces are worth $10,000 in scholarship capital to be used toward any post-high school education including undergraduate college, graduate school, community college, and trade or vocational schools. In the event that any of the winners are unable or choose not to indulge in furthering his or her education for whatever reasons, Banner has stipulated that the monies be transferred to someone of the winner’s choosing who will.

As a college-educated artist who attended Southern University in Louisiana, New Orleans, Banner has always had a passion for mixing the arts and education. Banner explains why he chose to launch such a commendable contest, “I struggled to get my undergrad and then my Masters Degree and now that I’ve made it I am blessed with the ability to give back.” Throughout the rise of his music career which officially took off in the spring of 2003 with the release of his major label debut Mississippi: The Album, Banner has consistently promoted the importance of education while providing ear pleasing gifts to popular culture. The gold-selling CD spawned the hits “Like A Pimp,” featuring fellow southern MC Lil’ Flip, and the socially conscious “Cadillac on 22’s.” That album was soon followed by Mississippi: The Chopped & Screwed Album and subsequently MTA2: Baptized in Dirty Water.

MTA2 featured the undeniably upbeat crunk anthem “Crank It Up” which is just one of the many gems amongst a bevy of bass-heavy hits with pertinent lyrical insight. In fact, the Washington Post newspaper quoted Banner as “delivering social commentary with distinctly Southern rhymes.” At the same time, the album has also been noted as a “whopping 18-song collection” by the Los Angeles Daily News and “spooky and jeep ready” by Entertainment Weekly. Banner is currently set to release the second single titled “Pop That” from the already successful MTA2 album. MTA2: Baptized in Dirty Water Screwed & Chopped is in stores now.

Exceptional message and action on Banner’s part. Do you think 50 Cent has a masters degree? Perhaps in being shot at. 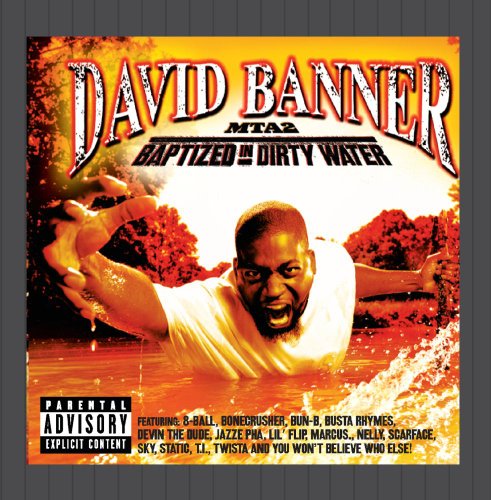 Dude looks all mean and nasty and shit – education does not equal pussy.

Documentary Review: ‘Reflection: A Walk with Water’ at the Tribeca Film Festival