Pushing the Envelope: More Thoughts On the Olympics

Eric Olsen August 23, 2004 Comments Off on Pushing the Envelope: More Thoughts On the Olympics 65 Views 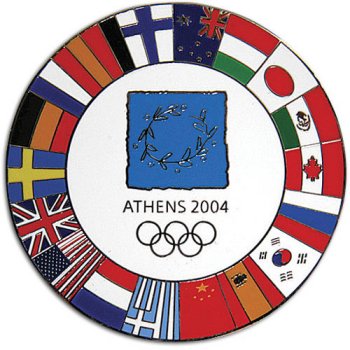 The men’s and women’s gymnastics apparatus finals: I can understand why these incredibly strong, flexible, tough, determined, fearless, crazed little freaks of nature (in the best possible sense) dedicate their (mostly) young lives to their sport: how incredibly exhilarating it would be to be able to flip flop and fly one’s body around as if The Rules of Gravity did not apply to you, as if you were exempt from the inexorable pull of the earth that forces the rest of us to wriggle ignominiously in the dust.

The high jump: I am astonished that (mostly) very long, lean individuals can contort and elevate themselves over a bar nearly 8 feet in the air, treating the bar as if it were lethally electrified, squirming magically over it, not so much defying gravity like the exuberant gymnasts, as sneaking past it while it isn’t looking. It is all the more flabbergasting when the gold medal winner is only 5ft 11inches tall, springs in his legs or not.

Diving: I love to dive and can actually do both a front and back flip off a diving board, but every single time I have dived head-first from a high dive – even just 10 ft. – it hurts my head like a screaming mofo when I hit the water. Maybe one of the requirements to being a competition diver is a total lack of sensation in the top of one’s head.

Women’s beach volleyball: where else on broadcast television could you watch four lean women in bikinis bound about in the sand, glistening with their womanly dew, rubbing and adjusting themselves all over the damn place, hugging and slapping each other – and not think anything of it other than “Wow, they’re really good”? Men’s beach volleyball isn’t nearly as interesting.

Limits? The driving force behind all ahtletics, and especially athletics at the Olympic level, is ever more – better faster, higher, farther, more complex, pushing the human form to do things it was not constructed to do. I thought of this watching the gymnastics when the commentators remarked that you don’t see nearly as many perfect landings anymore because the routines get more and more complicated and difficult.

In a fascinating story, the NY Times says that athletes may be running up against the limitations of human physiology:

“Athletes are reaching their potential,” said Mark Elliott, an assistant track coach at Louisiana State University, which has highly ranked men’s and women’s teams. “You won’t see much faster times anymore. If there’s any going beyond the records, it’s just going to be very, very small.”

….For decades, female athletes were closing the gap between their performances and those of males. Women had long been denied the athletic scholarships, endorsements and training resources that men had received, and as the playing field began to be leveled, women made rapid improvements.

But many researchers say the remaining gaps could exist forever in most sports. Men have a higher concentration of hemoglobin, which carries oxygen from the lungs to the rest of the body, allowing them to breathe more efficiently than women can. Men also have less body fat on average, and thus more muscle per pound of weight, than women do.

“Most of the difference today is really due to biological differences,” said Phillip B. Sparling, a professor of applied physiology at the Georgia Institute of Technology. He estimates that men’s performances will remain roughly 8 to 11 percent better in most events.

Unlike runners, swimmers and weightlifters have continued to improve in recent Olympics, but not at nearly the rate they once did. Swimming times fell less between the 1988 and 2000 Summer Games than they did during a typical four-year span in the 1960’s and 70’s.

But if athletes are now beating times from the 80’s that were drug-aided, as many people suspect, any kind of gain starts to look impressive. The new swimming world records set in the first few days of the Olympics, including one by Michael Phelps in the 400-meter individual medley, seem to support the idea that athletes have not yet reached the limits of performance.

….The Olympics are also not the only venue for studying times, of course. In some events in which gold-medal times have increased since 1988, like the men’s 200-meter dash, the world record has since been broken, at another event.

…To most experts, the odds have risen that human beings have entered an era of only small improvements.

“At some point, we have to reach that,” said Dave Johnson, director of the Penn Relays. “That’s the way I see it. But the wonderful thing about sports is that you’re always surprised.”

Ultimately, it is the will that pushes the body, and as long as the will is there, we will continue to see improvements, improvements that represent nothing less than human evolution in highest gear.

There vs here: now that the Games are more than half over I miss being there even more than I thought I would. TV is exciting and the ability to jump around from sport to sport and see the highlights of all the events is very appealing, but breathing the same air, hearing the sounds of real people doing real, dangerous, outrageous, soul-stirring things RIGHT IN FRONT OF YOUR VERY EYES, unmediated by cameras and chattering experts and the remove of time and space is priceless and indelible.