Cleveland Indians lefty reliever Scott Sauerbeck and a woman were arrested reeking of alcohol and cowering in the bushes of a suburban Cleveland back yard at 5 a.m. Tuesday morning.

Police say they spotted a woman, who turned out to be Lily Miller, driving a 1966 Lincoln convertible very erratically, with the top down and Florida plates, in Avon, west of Cleveland, at 3:45 a.m. Police followed the car into Sheffield Village, and observed it turning “abruptly” into an Abbe Road driveway.

After behaving “suspiciously” for a time inside the car, the pair exited the vehicle and, according to the police involved, “looked at us and walked into the back yard … as if they lived at this residence.”

Police heard the rattling of a chain link fence, looked unsuccessfully for the fugitives, then contacted the owner of the house who said she did not know who owned the car and that she was “very nervous.” Police called a tow truck to remove the vehicle from the driveway. When the tow arrived, the homeowner said she had heard voices coming from outside the southeast corner of her house. Police circled stealthily around the house and found Sauerbeck and Miller “hiding between the house and the bushes.”

Police described the pair as both having the “strong odor” of alcohol “on or about their persons,” and Miller was described as “staggering badly” and “very confused while speaking.” 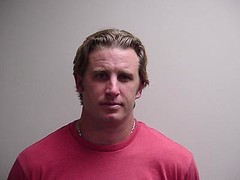 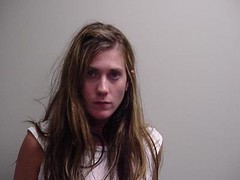 Miller lives in Lakewood and Sauerbeck in Avon – Sauerbeck’s wife and two sons live in Florida. Speculation has it that after drinking together, Sauerbeck gave Miller the keys to his car and asked her to drive him home. She became disoriented, made a wrong turn and ended up in the driveway in question.

“I need to apologize first and foremost to my family,” Sauerbeck said to the press from the Indians dugout at Jacobs Field later Tuesday. “I’m sorry to my teammates, the organization and any fans I may have caused embarrassment to.”

If “doing the right thing” means drinking heavily with a woman not your wife into the wee hours of a game night, handing her the keys in order to drive you home, pulling into a random driveway and ditching the car in an effort to elude tailing police, scaring the hell out of a homeowner while hiding in the bushes behind her house, then being hauled off to jail at 5 a.m., then Scott, you were right as rain!

According to Lori E. Switaj, editor of area weekly The Press, Sauerbeck and Miller both faxed in not guilty pleas to the charges against them this morning.

On the bright side, the Tribe has not lost since the incident, beating the hated White Sox 4-3 behind C.C. Sabathia Tuesday night, and shutting them out 5-0 Wednesday night on the strength of a magnificent Jake Westbrook performance.

A summer without baseball is like Christmas without Santa Claus, and we all need a little “Ho-ho-ho!” right now