Thom Bell, Mac Davis, Will Jennings, Sylvia Moy, and Henry Cosby will be inducted into the Songwriters Hall of Fame at the 36th annual induction and awards dinner this June in New York City.

Songwriters Hall of Fame chairman Hal David said of this year’s class, “[Their] work represents a spectrum of the most beloved songs from the contemporary American songbook … from the signature sound of Philly Soul, to the Motown music phenomenon, some of Elvis’ most memorable hits and country music standards, and internationally successful pop stylings and Oscar-winning anthems.”

He added, the annual induction event puts “the spotlight on the accomplishments of those who have provided us with the words and music that form the soundtrack of our lives.” 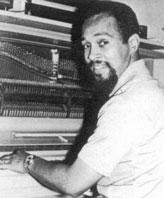 Arranger, producer, keyboardist and brilliant melodist, Thom Bell was the creator of a signature rhythm-and-strings sound, a key element of the elegant soul of the “Philly Sound” of the ’70s. Bell wrote (with Linda Creed and others) and/or produced a stellar string of hits for the Delfonics, the Stylistics, Spinners, Johnny Mathis, Elton John, Deniece Williams, James Ingram, Phyllis Hyman, and a host of others. He was also the recipient of the first Grammy for Producer of the Year in 1974.

Thom Bell was born into a musical family in Kingston, Jamaica in 1943. His father was an accountant and played pedal steel and accordion. His mother was a classical pianist. The family moved to Philadelphia when Bell was very young. All of the children in the family were required to master piano first, under the theory that they could then learn additional instruments more easily. By age 9, Bell could read music, play piano, percussion and trumpet (he now plays 18 instruments), and together with his parents and various siblings, he performed at teas, recitals, service club functions and at church.

He and his twin sister Barbara went to school with Kenny Gamble and the musical lads began writing some songs together in their mid-teens. When Bell was 16, producer Luther Dixon (the Shirelles, Chuck Jackson) saw him perform a Gamble/Bell composition at a Philadelphia club on electric piano, the first Dixon had seen. Dixon asked Bell if he would like to do some recording in New York, and would he also “bring along that electric piano.” Bell had been renting the piano from the head of the local musician’s union for weekend gigs, because, as Bell recalls with a chuckle, “all these places had old, hard, junky pianos that were out of tune.”

Bell became a regular on New York sessions run by King Curtis, but he grew weary of the grind and the low pay, and following his aspirations to become a conductor and orchestrator, he headed for Broadway in 1960. He passed a conductor’s test on musical theory with flying colors, but management regretfully informed him that they really couldn’t use a “colored” conductor, adding that he would fit very well at the Apollo Theater in Harlem.

Bell stayed at the Apollo for a couple of years, but the low pay and seven-shows-a-day schedule eventually led him back to Philadelphia where he took a similar job at the Uptown Theater playing piano behind top R&B acts like Marvin Gaye, the Supremes, Sam Cooke, and Brenda Holloway. The pay was still bad, however, and the ambitious young man grew tired of “banging away on the piano, breaking my fingernails night after night.” In a big band of 15, the piano was the only unamplified instrument.

One day, Bell saw an ad in the paper for rhythm section auditions at Philadelphia’s Cameo/Parkway records, the home of Chubby Checker and Dee Dee Sharp. Again, Bell passed the audition, but the label wasn’t looking for a “colored” rhythm section.

“I was young, could write music and play anything they put in front of me, so they gave me a job as a lead sheet writer. I had to listen to the demos that came in, decipher the words, and write out the words and music.”

Bell did that for about a year; then, Chubby Checker tapped him to tour with him as musical director and keyboardist. Also at that time, “Motown was kicking Cameo’s behind so they decided it would be okay to have a ‘colored’ rhythm section,” Bell recalls.

Bell played and recorded with the “colored” acts on the label through the mid-’60s, and “then five guys came in to audition and asked if I would like to produce them. The only problem was they didn’t sing very well, or have any songs,” chuckles Bell. Only the guitar player could sing, so Bell made him the lead singer, ruffling some feathers. Next they needed songs, but when Bell went to the big publishers, all they would send him was hopelessly dated material.

So, “necessity being the mother of invention,” Bell started writings songs for the group himself. With the group’s name mutating almost daily, they released two singles that “did okay.” Then Cameo went out of business, the group was down to three, there was “no money, no distributor, and time was running out.”

Somehow the money was scraped together for a third single: That was “La-La Means I Love You,” and the group was the Delfonics. The song, a classic soul ballad boasting a beautiful Bell melody, was picked up by Bell (no relation) Records owner Larry Utall, distributed under the Philly Groove label, and climbed the pop charts all the way to No. 4 in early ’68. Thom Bell was 25 and on his way.

The Delfonics hit again in 1970 with “Didn’t I (Blow Your Mind This Time),” another delicate but firm gem. “Didn’t I” won the 1970 Grammy for R&B Record of the Year, but Bell, who “wrote the melody, arranged, produced and played the song,” wasn’t called to the podium to collect the award, Larry Utall was, and with “no money and no Grammy,” Bell decided to take his services elsewhere.

Bell wanted to sharpen his arranging skills so he made a deal with Gamble and Huff as an independent arranger, and worked with the Intruders, the O’Jays, and others. He returned to writing and production in 1971, churning out a remarkable series of velvety ballads with the Stylistics and more rhythmic, R&B-inclined smashes with the Spinners. The Stylistics’ hits employed a harmonic sophistication equal to that of Burt Bacharach, with Russell Thompkins and Airrion Love’s silky falsettos carrying classic melodies, especially on “You Make Me Feel Brand New,” “Betcha By Golly, Wow,” and “I’m Stone in Love With You.”

To use a Motown analogy, the Spinners were Bell’s Temptations to the Stylistics’ Miracles. 1973’s self-titled album yielded four grooving classics: “I’ll Be Around,” and “Could It Be I’m Falling In Love,” driven by punchy strings, Phillippe Wynne’s lead vocal, and Bell’s own percussion; “One of a Kind (Love Affair)”; and “Ghetto Child,” which displays a gentle but persistent social conscience – a nice metaphor for Bell’s life and music.

One of the popular pop singers of the ’70s and country singers of the ’80s, Mac Davis has also been a wildly successful songwriter, beginning with successful recordings by Glen Campbell, Bobby Goldsboro, Lou Rawls, Kenny Rogers and the First Edition in the mid-’60s. In 1968, Elvis Presley recorded Davis’ propulsive, sly “A Little Less Conversation,” now the theme song for the television hit Las Vegas. After notching a minor hit with Davis’ “Memories,” Presley solidified his comeback with the songwriter’s topical classic “In the Ghetto” in 1969.

In 1972, Davis scored a Number One hit of his own with “Baby, Don’t Get Hooked on Me,” which also hit the country charts. His crossover success continued throughout the decade, with singles like “Stop and Smell the Roses,” “Burnin’ Thing,” and “Forever Lovers.” Davis’ success continued in the early ’80s: “It’s Hard to Be Humble,” the title track of his 1980 album, was the first of four consecutive Top Ten country hits that culminated with his biggest country single, “Hooked on Music.”

Will Jennings teamed with composer Richard Kerr to author Barry Manilow’s 1977 pop chart-topper “Looks Like We Made It,” and two years later Manilow hit again with the duo’s “Somewhere in the Night.” After earning his first Academy Award nomination for the song “People Alone” from The Competition in 1980, Jennings collaborated with Steve Winwood for several songs on the very fine 1981 album Arc of a Diver. Jennings and Winwood reunited the following year for Talking Back to the Night, which generated the hit “Valerie.”

With Jack Nitzsche and Buffy Sainte-Marie, Jennings next scored his first Oscar for “Up Where We Belong,” the Joe Cocker/Jennifer Warren power balled from An Officer and a Gentlemen. Jennings collaborated with Jimmy Buffett on his Riddles in the Sand and its follow-up Last Mango in Paris; then reunited with Winwood for the deep hard grooves of Back in the High Life, earning a Song of the Year Grammy nomination for the Number One smash “Higher Love.” In 1991, Jennings paired with Eric Clapton for “Tears in Heaven,” then continued the death-is-not-the-end mega-ballad theme with Titanic’s “My Heart Will Go On” in ’97.

Henry “Hank” Cosby played sax with the earliest incarnation of Motown’s legendary studio group, the Funk Brothers, and co-wrote such sparkling slices of pop-soul as Stevie Wonder’s “Uptight (Everything’s Alright),” and Smokey Robinson and the Miracles’ “Tears of a Clown.”

In 1962 Cosby teamed with 11-year-old Little Stevie Wonder to author “Fingertips,” and a subsequent live recording cut at Detroit’s famed Fox Theater launched the child prodigy’s five-decade career. Cosby and Wonder teamed on a number of other hits in the years to follow, often in collaboration with Sylvia Moy, including “I Was Made to Love Her,” “My Cherie Amour,” and “Shoo Bee Doo Bee Da Day.”

In addition to her classic work with Cosby and Stevie Wonder, Sylvia Moy also co-wrote “It Takes Two” for Marvin Gaye and Kim Weston, and was the first female to have the title of “record producer” at Motown. Moy went on to write the theme songs for many television shows including Blossom, The Wonder Years, and Growing Pains. She was also involved with the theme music for the films It Takes Two, Mr. Holland’s Opus, and Dead Presidents. Moy co-founded the Center for Creative Communications, also known as “Masterworks,” which trains young adults in the field of telecommunications and media arts.