Though loaded with bugs, it's still worth taking a look.

“Tycoon” games tend to amuse me.  A series of challenges that go from relatively easy to impossibly difficult, a whole new world to discover and help grow, managing crises as they come up.  Fun.  Even when there are significant problems in the game, as there are with Game Tycoon 1.5, they tend to be fun.

The opening animation for Game Tycoon 1.5 starts off innocently enough, just a fun little peak at what’s in store for you if you play.  The graphics for the animation certainly could have used a little more work, because while they’re cute they seem incredibly dated.

But, that’s just the opening, I thought, let’s not be too hasty.  The first scenario available to you is a tutorial.  A wise move for anyone not familiar with a specific game is always to look at that first, so I clicked on it, and that’s when the disaster began. 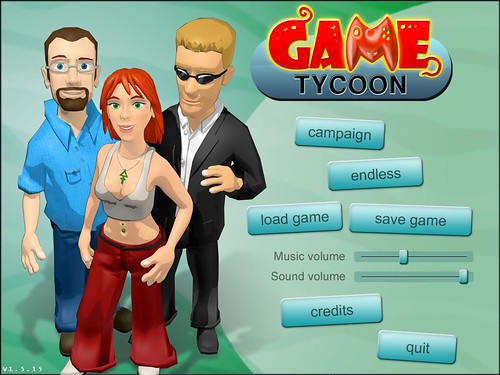 The tutorial has a not-so-helpful character pop-up on the lower left hand side of the screen that guides you through making and distributing your first game.  A nice enough idea that is horrifically executed.

Once your character arrives at a destination, the tutor seems to deliver his speeches with a pre-determined amount of time between.  Additionally, he doesn’t stop speaking once he starts on a tip.  This causes some serious problems.  For instance, the first task you are given is to go to the bank to get a loan, Once you enter the bank the tutor starts a whole speech.  The banker also has a dialog box up as soon as you enter.

Should you decide to click on one of the interactions with the banker, he will start talking at the exact same time and volume as the tutor, making it impossible to understand either.  Additionally, sometimes the advice you are given is cryptic and unintelligible.  I spent 15 minutes trying to decipher where he was telling me to go next, and only was successful in determining my destination by visiting every single place available in the game until I randomly chose the correct one. 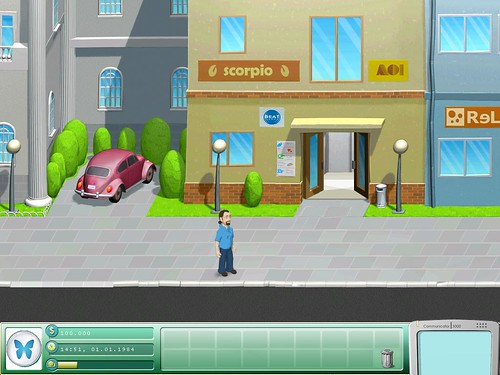 He actually also gives wrong advice, telling the player to “click three times” to bring up a certain screen when only one click is required.  Not helpful.

As for the actual game play itself, it’s just as confusing.  One of the first tasks in a scenario is to create an “engine” for your game to run on.  This is done by clicking on a computer screen in the game and filling out various bits of information: entering a name for the engine, deciding what type of characteristics it should have (side scrolling, save features, sound), etc.

The problem is that if you enter all the information and try to create the engine you get an error message every single time stating that you need to give a name to the engine, even if you already have.  Changing the name of the engine does nothing, the same error pops up again and again.

The trick to being able to save the engine is to leave the engine development phase and then go back into it.  Only after that point can the engine be saved.  This can’t have been what the developers intended.

It’s something of a serious bug, one that completely halts game play and is hugely frustrating.  It’s actually far worse than one of the other bugs, which has a crucial dialog box pop up in German, not English.  There at least you can guess an answer and continue playing.

All of these bugs actually turns out to be moderately amusing as one of the parts of developing games within Game Tycoon 1.5 is choosing the length of the testing phase, so that bugs can be eliminated from your own creations. 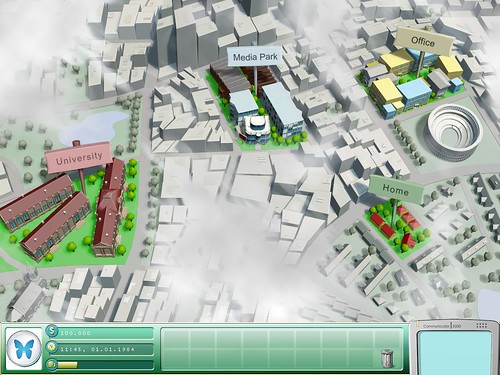 That being said, and despite the fact that I rarely don’t have a company go belly-up every single time I play, there’s still something addictive about the game.  There are tons of different choices and paths to follow.  There are different ways to create the games, to produce them, to market them, and on, and on.

But with enough pieces of actual game play present that require time and effort, and energy, to puzzle through, it makes very little difference.

If you’re up for a challenge, both in game play and decoding how the game is played, give Game Tycoon 1.5 a shot.  It’s not a spiffy as a Rollercoaster Tycoon or some of the other entries into the genre, but it’s not wholly without merit.

Game Tycoon 1.5 is rated E10+ (Everyone 10 and older) by the ESRB for Suggestive Themes.