Oops, She Did It Again? Britney and K-Fed Expecting

This poptart just can’t stay out of the news. If babies aren’t dropping at the Spears Malibu estate, they are popping out, it seems. Spears, last spotted in Las Vegas — reportedly accompanying husband Kevin Federline to his “listening party” — was seen “sporting a red bikini” with passers-by declaring they couldn’t fail to notice the 24-year-old was looking a bit broader than usual.

That in itself is hardly newsworthy, since Spears has a propensity for being “puffy” at times, but according to the article she couldn’t keep quiet about her joyous news. Britney was heard telling kids at the Dance for Kids studio in Malibu that she was sorry she couldn’t keep up as she’s pregnant. Mother’s of the children at the dance studio also claimed Britney revealed she is already four or five months along. 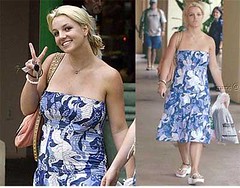 This would appear to confirm the rumors about her second pregnancy that made headlines back in February.

Not that it’s a crime to have another baby: Heck, she and K-Fed have proven to be stable, protective, hands-on parents.

One would hope that at some point, someone close to Britney (and more intelligent than she) would take her aside and tell her that this dogged pursuit of the trailer park lifestyle can only end in success: a life of dropped g’s, Camels, wrinkly skin, saggy boobs, and a droopy pooper. 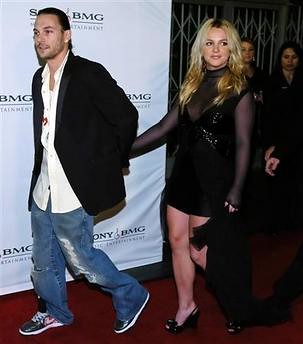 And honestly, K-Fed really, really, really needs to go. Not that he’s any more of a piece of trash than Britney has turned out to be, but if he goes soon, at least she will be able to fulfill her life’s ambition of being a hagged out, divorced, skanky single mom while she is still young enough to revel in it all.