Olivia Newton-John’s Missing Boyfriend May Be On the Lam in Mexico, Still Dead, Or Whatever

People do disappear of their own volition, but rarely forever, especially in today’s digitally connected world.

Witness the case of one Patrick McDermott, a Los Angeles cameraman and lighting technician who was Australian songbird and Grease star Olivia Newton-John’s boyfriend for nine years after they met on the set of a commercial in 1996. But then McDermott, 48 at the time, disappeared off an overnight fishing trip out of San Pedro, CA last June 30. McDermott’s car was found in the marina parking lot and his bag and tackle box were found on the boat with his wallet, driver’s licence and passport inside. 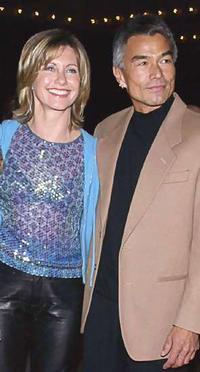 McDermott was presumed lost overboard and drowned, a possible suicide – reports trickled in that he had accrued a small nation’s worth of debt and faced possible jail time over unpaid child support for his son to his ex-wife, actress Yvette Nipar. McDermott had a $132,000 life insurance policy to be paid to his son if he died or was presumed dead.

Australia’s Daily Telegraph has been on the McDermott case like a hellhound and now has accumulated what it claims are four different sightings of the apparently undrowned man in Baja California, Mexico — the sunny place for shady people — and now declares him to be “on the run with a northern European woman in her mid 30s.”

Raul Avilez, who works at Pescadero Surf Camp on the Baja Peninsula, is the fourth witness the paper claims “confirms suspicions” that McDermott faked his death to escape debt, possible jail, and/or the 57-year-old Newton-John. Avilez told the paper McDermott spent a night in a beach shack about a month ago with the woman and they left together driving the green VW camper van in which McDermott had arrived. 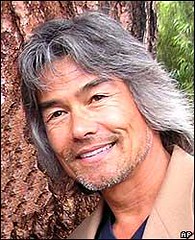 Avilez said McDermott’s hair was now darker than it was in the photograph released by the US Coast Guard, which is investigating McDermott’s disappearance on the fishing boat Freedom on the night of June 30, 2005. “But it’s the same guy, the same face,” said Avila through an interpreter.

Another witness the Telegraph has found is San Diego businessman John Brown, who says is sure he saw McDermott in the Baja Cantina bar in Cabo San Lucas on or about May 26. Shown the same US Coast Guard photograph of McDermott, Brown said, “I’ve seen this guy. I’m positive that’s him. He was sitting on the corner of the bar by himself drinking beer.”

However, a Coast Guard representative told Australian AP that the sightings were “hearsay,” and the latest in a long list of supposed eyewitness accounts from around the world. “You name it, he’s probably been sighted there,” Coast Guard Petty Officer Prentice Danner said.

And despite the latest reports, Danner said the Coast Guard did not have any “strong leads” about McDermott’s whereabouts or whether he was dead or alive. “He’s still a missing person … The stuff that’s come out about Mexico, no one has come to us about that. It seems like people have gone straight to the media with it,” Danner said, perhaps with a sigh.