It's not uncommon to miss someone you once shared your life with, even someone who's kind of a freak like Tom Cruise.

Nicole Kidman Still Carries a Torch for Tom Cruise, But Why?

According to an interview in the June issue of Lady’s Home Journal, Oscar winning actress (The Hours) Nicole Kidman still “loves” her ex-husband Tom Cruise. 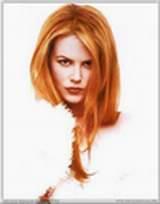 “He was huge; still is. To me, he was just Tom, but to everybody else, he is huge. But he was lovely to me. And I loved him. I still love him.”

Honestly, when I first read her statement, I was both disturbed and a little sobby. How many of us hold a small torch for a former love? It’s not uncommon to miss someone you once shared your life with, even someone who’s kind of a freak like Tom Cruise. 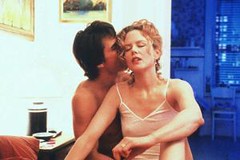 Tom and Nicole were the golden couple, long before JenBrad, Brangelina, Bennifer, and so on and so forth. I was sad to hear of the breakup of their ten-year marriage, but not surprised. Ten years is almost an eternity by Hollywood standards.

Then again, did anyone see Eyes Wide Shut? They were kind of a black hole of sexual chemistry.

Tom and Nicole were always an odd couple: on one side there’s the beautiful, long, willowy, cultured, and demure Nicole Kidman; on the other there’s the half-cocked, squat, defiantly handsome knucklehead Tom Cruise.

I have no doubt that Tom Cruise can be charming, sweet and larger than life; but what the almost 6-foot, former model from down-under saw in him is beyond me.

Strangely, even Nicole seemed to think her life with Tom was doomed, although she clearly couldn’t put a finger on what it was exactly. “I always knew the rug was going to be taken out from underneath me at some stage … I didn’t think it was going to happen in the way it happened … I knew I was going to get hit with something. But I think a divorce, and the demise of what your family is, is a little death in itself.”

Hindsight always gives us clarified perspective. In 1998, before Kidman had any hint of what lay ahead, she had a different vision in mind for her life with Cruise. “I can’t say what our journey is going to be. But it will be a hell of a journey. And I see myself as an old woman and he’s [Cruise] an old man and we’re married. I do see that.”

Prognosticator Kidman was not. One thing she is grateful for from her union with Cruise are their two adopted children, Isabella, 13 and Connor, 11. “I feel enormous love for whoever my children’s birth parents are, and if my children choose to go find them at some stage, I can’t wait. Because — it’s the weirdest thing — I actually feel (they’re) very connected to us as a big, strange family, and whether they choose to search for them or not, who knows.”

During the divorce (tame and respectful compared to other Hollywood breakups) rumors circulated that Nicole miscarried shortly after their split, which emphasized, “the difficulties inherent in divergent careers, which constantly keep them apart,” as the root cause. Nicole was reportedly three months pregnant when Tom filed for divorce in early Feb. 2001.

Very classy Tom, nothing like knocking your wife up and then dumping her to pursue your career.

Perhaps there is something to the old adage “opposites attract”: even the way they have handled the aftermath of their demised relationship is markedly different. 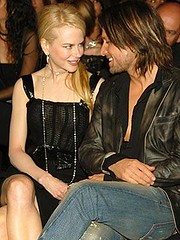 Nicole went into solitary mode and didn’t enter a serious relationship until recently, to the hunky (and I mean HUNKY) Keith Urban; whereas, Tom glommed onto Penelope Cruz almost immediately, and then moved on to the infamous TomKat union – carrying on like a little girl about, and ultimately impregnating the 16-years his junior, Katie Holmes.

Nicole seems to have been genuinely hurt by her failed marriage, taking her time to find the right person and nurture her children. When pressed for answers about her relationship with Urban she is cautious: “That’s not something I want to talk about. If I get married, when I get married, then I will talk about it. Yes, absolutely. Until then, you know, when you’re a mother, I think there’s a certain amount of quietness that’s important.” 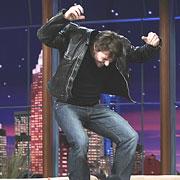 Tom Cruise wasn’t exactly quiet, in fact he was downright obnoxious regarding the new love in his life. In true Tom Cruise, over-the-top, in-your-face, my-life’s-so-much-more-exciting-than-yours style, Tom announced his unabashed excitement on Oprah’s show (shame on Oprah) by jumping up and down on the couch, mugging for the camera, and speaking in terms that may or may not reveal his true intentions for the brainwashed, star struck Katie Holmes – then dragging her out on display, another 5′-10″ trophy. 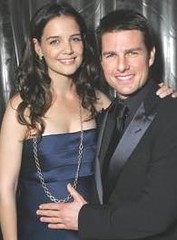 I am embarrassed for everyone involved in that stunt. How very unbecoming of a father, star, role model, twice-divorced man and homo sapien. He shamed love, the earth, the solar system, the galaxy, the cosmic universe and Ron L. Hubbard.

Love is a precious gift that should be cherished and tended to like a fragile garden of exquisite, delicate flowers; or at the very least, not paraded around like show dog for everyone to judge.

Nicole, my advice is to extinguish the torch and make unrelenting love to that manhunk Keith. You have moved on to bigger, HUGER, better things.