Santa's sleigh gets heavier each week we get closer to Christmas...

This week’s new releases are a bit more interesting to me than those of last week.  There are several big name artists with new records and re-packagings of older material.  Christmas is coming and it’s about to get expensive for me.  I’ll highlight some of what I’m excited about but I should mention a few of the major releases I’ll be skipping but that you may want to know about.

The Beatles’ ‘Red’ and ‘Blue’ 2-CD compilations available years ago are being put in print again with the remastered versions that were part of the extensive re-release campaign from last year.  I’m not getting this because I bought the Complete Stereo Recordings box set but if you’re a casual Beatles fan, this is not to be missed.  We’ve also got a new release from Sugarland and another Rod Stewart ‘standards’ record if either of those things float your boat. 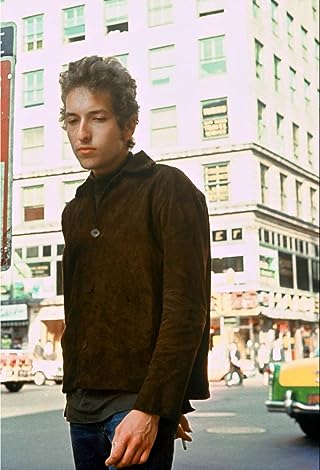 Let’s start with that second entry, The Best Of The Original Mono Recordings include:

They’ve been reproduced from the first generation mono mixes.  I don’t know anything about who the master engineer on the project was but I’m sure Dylan fans and audiophiles will want to hear these.  I want to hear these.  I’m not sure I can spring the $100 right now but this is something I’ll have an eye on for down the road.

As for The Witmark Demos, this is the ninth volume of the acclaimed songwriter’s ‘Bootleg Series’ and these songs are mostly solo acoustic performances of many of Dylan’s great early songs.  Some of these songs feature Dylan on acoustic guitar and harmonica and a few have him behind the piano.  15 of these songs never made it to albums and are making their official bootleg debut on this set.

I highlight this set for a couple reasons.  Bonamassa initially released this live set on DVD and is now releasing it as a 2-CD set.  Dear record companies and artists the world over:  please always do this, preferably at the same time but it’s better late than never.  The other reason I’m highlighting this is I’m a casual Bonamassa fan and while I’ve not seen the DVD in question I remember it getting generally favorable reviews.  I’m likely to plunk down the money for the CDs and maybe the DVD as well.

I’m excited about this set not because I’m likely to get it but just because of how excited Sir Elton John is about making a record with Leon Russell.  He has been a huge admirer of Russell’s work for decades and while John has maintained a largely lucrative career for forty years, Russell has been admired by many but out of the commercial limelight.  With star producer T Bone Burnett at the helm, these two have written songs together and separately and are finally making music together.  It’s an exciting pairing and I’m not ruling out listening to it at some point down the road.

Those are just a few of the big releases from this week  What are you looking forward to?  Here’s the larger list, yours if you want them: