Natalie Merchant Retrospective To Be Released

After a successful fifteen-year solo career Natalie Merchant is releasing her first retrospective collection. On Tuesday September 27th 2005 Natalie’s fans will be able to purchase one of two retrospective packages. Both will include highlights from her four studio albums, Tigerlily, Ophelia, Motherland, and The House Carpenter’s Daughter. But the deluxe two-disc set will feature previously unreleased songs, duets with artist such as Billy Bragg and the Cheiftans, and newer versions of two previously released songs, “Tell Yourself” and “Thick as Thieves”. 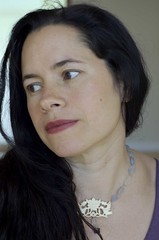 Merchant herself has compiled both discs, and each will include her previous hits, “Carnival”, “Wonder”, “Jealously”, and “Kind and Generous”. Each one of these songs was top twenty-five hits on the Billboard charts when released. 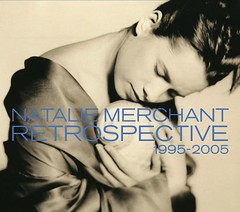 On the deluxe version of the retrospective the second disc is included, along with track-by-track commentary by Natalie Merchant that reveal her memories of, and the inspiration behind, each song. According to Merchant her songs are her link to her past:

“I tend to remember the events in my life and the people who have participated in them through the context of album cycles: writing, recording and performing,” she writes. “They are my little epochs.” Natalie Merchant 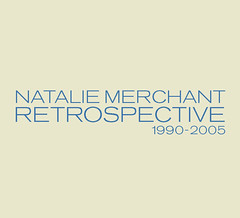 Rhino Records is providing fans the opportunity to listen to her album in advance through their listening party links, available in all sorts of options: Party Player, 100 kbs, 56kbs, and Real Audio.

If you find you just can’t wait for it to be in stores, or you want to make sure that you get your hands on the limited deluxe version you can pre-order either the Standard or Deluxe versions of Songs The House Carpenter’s Daughter Built simply by following either of the links above to the appropriate page at the Rhino web site.