Currently embarked on what the band has announced as its final tour before retirement, the Scorpions have put together an album of new recordings of their greatest hits combined with some covers of the sixties bands who inspired them, as they say, to follow their dream. They see Comeblack, the new album, as a kind of encore for their diehard fans. Perhaps it is nostalgia, but it is also a parting gift many of us will treasure.

Of course, the band’s own songs have already been recorded several times, but you can never have too much of a good thing. Classic power ballads like “Wind of Change” and “Still Loving You,” to say nothing of their iconic anthem, “Rock You Like a Hurricane,” never grow old, and the band’s new recordings make you wonder why on earth they are even thinking about retirement. Front man Klaus Meine has the kind of rich voice that echoes with passion, and it seems like a fine wine to have grown richer with age. The guitar work of Rudoplh Schenker and Matthias Jabs is as good as it ever was, and that is just about as good as it gets. This is a band that can still send the chills up your spine with the whistling opening bars of “Wind of Change.” 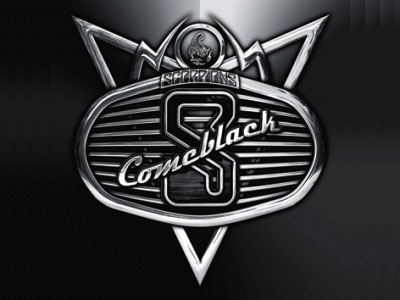 Of the 13 tracks on the album, seven are Scorpions hits. The four additional songs are “Rhythm of Love,” which opens the album, “No One Like You,” “The Zoo,” and “Blackout.” The rest are the covers. Certainly, there are those who would have preferred more of the band’s own music, but it is something of a treat to hear them put their own take on some of the other landmarks of rock. Songs like Ed Cobb’s “Tainted Love” originally done by Gloria Jones, and T Rex’s “Children of the Revolution” get a hard rock treatment that takes them in a dynamic new direction. Small Faces’ “Tin Soldier” starts quietly, but it gets to rocking very quickly.

“All Day and All of the Night” echoes the Kinks until you get to the guitar solos when it begins to break out. “Across the Universe” is more like an homage to the Beatles than an attempt to put the band’s own spin on the tune. The album ends with The Rolling Stones’ “Ruby Tuesday.” Somewhat subdued at the start, it ends with some exciting harmonies that give the song a nice twist.

There was a time when I considered the Scorpions a guilty pleasure. I was unlikely to admit how much I enjoyed their music. Listening to Comeblack makes it clear that there was nothing to feel guilty about. There are few rockers that can play with more abandon than Schenker, Jabs, bassist Pavel Maciwoda and drummer James Kottak, and I can’t think of any vocalist I would rather listen to than Klaus Meine. If this is indeed the last of the Scorpions’ encores, they are leaving the stage with at least some of us wanting more. And if you have to go, that’s the way to do it.