An often overlooked masterpiece gets a little remastered "love"

If ever an album has warranted the deluxe remastering treatment so prevalent among classic rock albums these days, it is Love's Forever Changes.

So you might be scratching your head and thinking to yourself right about now, "Who? What?" and in that regard you would not be alone.

Although the 1968 release is now regarded by many music critics as one of the best albums ever made — it is often mentioned with the same tone of reverence held for such landmarks as Sgt. Pepper and Pet Sounds, and recently came in at a very respectable #40 on one of those Rolling Stone Best Albums Of All Time lists — the record barely registered a yawn when it first came out.

Love's third and final album didn't even make the Billboard Top 20 back then, peaking at a dismal #154. Even on today's classic rock stations, chances are you won't hear it sandwiched between the Stones/Beatles/Zeppelin rotation — well, outside of maybe the occasional play that the lead track "Alone Again Or" might get, anyway.

Often dismissed at the time as Elektra's "other band," few are aware that it was Love who first introduced the Doors (who often opened shows for them back then) to execs at the label. 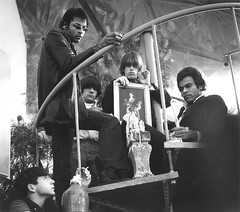 Even so, Forever Changes stands as a landmark recording.

The songs on the record, mostly written by the group's late genius, guitarist Arthur Lee, capture the psychedelic folk-rock vibe of the period without sounding at all dated today (well, okay, maybe just a little). They also feature some of the most complex song structures and chord changes this side of the more often praised Brian Wilson or Lennon and McCartney. It's also no accident that no less an artist than Jimi Hendrix has cited Lee as a primary influence.

So the best news here is that the remastering job on disc one is a doozy. Lee's guitar in particular rings like a bell on this crystal clear revisit of the original recording. On tracks like "Alone Again Or" the orchestral arrangements are also cleaned up quite a bit from the original, which occasionally suffered from being a bit muddy sounding. Ditto for the strings on "Andmoreagain," which sound sweeter than ever.

But much like Sgt. Pepper or Pet Sounds, the songs on Forever Changes are not meant to be taken in individual doses, but rather as a more complete sounding whole.

The album is quite simply a gorgeous sounding, completely realized work that is best digested all at once. It is a masterpiece that stands out all these years later, even though it was created during an era when bands seemed to be able to crank out such incredible work almost at will. The songs paint a picture that comes in various colors and shades, and also evoke the simpler, more innocent time when it was created like few others.

You know those trippy, dippy sixties movies with all of the hippies dancing around with flowers in their hair? Well, Forever Changes could have provided the soundtrack for any one of them.

The second disc here contains over an hour's worth of rare and previously unreleased performances — most notably a remixed version of the entire album that does little to improve on the original. This leads me to what is my one major complaint about these remastered versions of classics that are so popular today, and that is that you just shouldn't screw with something that is already widely regarded as a brilliant piece of work. The good news here, though, is that they don't mangle things too badly.

There are also some interesting outtakes here. These include both sides of the follow-up single, "Your Mind And We Belong Together," and "Laughing Stock." There is also a cover of Sam The Sham's party classic "Wooly Bully" recorded during the original sessions.

Also included is a booklet that features newly written liner notes which shed light on the turmoil surrounding the recording of this album. At first, the band was barely able to hold itself together and studio musicians had to be brought in. Frustrated at their status as second fiddle to Elektra's far more successful band The Doors, the band was also trying to get out of its contract, eventually splitting up largely in order to do just that.

Overall, Rhino has done a fine job here, although the extras on disc two mainly serve as icing on the proverbial cake. The main reason to pick this one up is for the much clearer sounding recording of the original found on disc one.

And pick this up you most certainly should. The two-disc deluxe collector's edition of Love's Forever Changes will be in stores this Tuesday April 22. 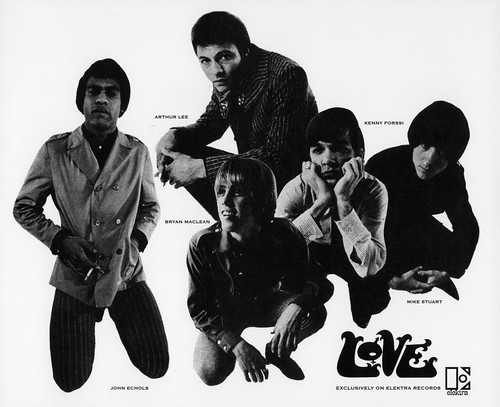 Comedy, juggling, music and the macabre mingle in this darkly riotous clown show.