An ambient work that defies description.

Joachim Nordwall is a musician who works in the self-described genre of “Psychic Broadcasting.” Okay, I am the first to agree with anyone who thinks that description is more than a little pretentious. The term most people would probably apply here is “ambient.” And again, there are a lot of music fans out there who consider the very idea of ambient music pretty damned pretentious as well. As I think is abundantly clear, it is practically impossible to give a quick, shorthand name to what Mr. Nordwall’s music is. Despite these semantic challenges, though, I have to say that his recent Ignition CD is an outstanding piece of work that would appeal to a wide variety of music fans — if only they had a chance to hear it.

Contrary to popular belief, Brian Eno did not invent ambient music, although he did coin the term, and his description of what he had in mind is still the most concise definition I have heard: “It can be either be actively listened to with attention or as easily ignored, depending on the choice of the listener.” 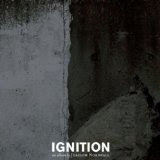 I have found myself in both frames of mind while listening to Ignition. For the purposes of this review, I listened closely to all 49:22 of the single-title track that makes up the CD. What I found were actually at least three seemingly full compositions, seamlessly blended into each other. Only Joachim Nordwall knows exactly what his intentions were — I am going by what I hear.

The way the album plays to me is like a three-act play. And within each act there are three distinct components. Basic stuff; a beginning, a middle, and an end. The longest segment is the first, which runs for approximately the first 20 minutes. He may well disagree, but this section seems to be a fully realized piece. Back in the old vinyl days, I am certain it would have occupied all of side one of an LP.

Depending on how you hear it, the remaining nearly half-hour of music could be divided into two, three, or even four clearly identifiable pieces. However it breaks down is clearly up to the individual listener, and as is obvious by the presentation, Joachim intended the entire 49:22 piece to be listened to as a whole.

At the root of it all is a recording that I would call a sound-sculpture. Although its press release prominently mentions drone as a big part of the music, I disagree. There are works by OM, Current 93, and even Ravi Shankar where I consider the drone to be a major factor. That is not really the case with Ignition. What I hear much more prominently is the type of background environments that Kim Cascone provided for The Heavenly Music Corporation, or even what Brian Eno himself did.

All of that is to say that drone is not really the term I would use in describing the music of Ignition. The picture I would use to best describe this music is that of a wave. Although the music is markedly different, the Polygon Window (aka Aphex Twin, aka Richard T. James) album Surfing on Sine Waves is as apt a profile as anything I can come up with.

There is a depth, and (dare I say it) adventurousness to this record that is not easily categorized. For anyone who already is familiar with music like this, I will say that Ignition absolutely belongs in the exalted company of the artists previously mentioned.

For those who may be curious, my recommendation is whole-hearted. By its very nature, Ignition is a word of mouth item — but isn’t that the type of cool thing to discover once in a while? Ignition has been released on Joachim Nordwall’s Ash International record label. Since there are about 12 record stores left in the entire United States, you might want to check out his distributor in the U.S. for sales info.

'Three Songs' by Katie Mullins is not to be missed. It’s glorious!