It's genuine roots country, in the style of legends, but honest, pure, and original.

Music Review: Jason Boland and the Stagglers – The Bourbon Legend

On The Burbon Legend, Jason Boland and the Stragglers' fifth release, the guys deliver what can only be described as a testament and acknowledgment to everything that good old fashioned Country music is about. What it's not is not is a tribute album nor is it an attempt to emulate a sound or a particular artist. It's genuine roots country, in the style of legends, but honest, pure, and original.

There's no pretense or attempt to deny this, it's evident from the get-go. The eleven track album opens with "Last Country Song," paying homage to what once was. Though the lyrics speak of a simpler time, the two-step rhythm and Jason Boland's rugged voice remind you of a time when Country music was as simple and not tarnished by attempts to blend with the mainstream and pop radio.

It's probably not any more evident than on the first single, "No One Left To Blame." If you were to close you eyes, or only give a casual listen, you might mistake Boland's gruff delivery for that of a young Waylon Jennings. But it goes deeper than the 'sounds like,' there's a care and a craft to the lyrics. They tell stories; they have meaning. And the sound is full, not only with the more modern eclectic guitar and synthesizer sound, but you hear mandolins, violins, and steel guitar in the mix, working together to give each track a unique spin to a classic sound.

The album was produced by Pete Anderson, known for his work with Dwight Yoakam, Buck Owens, and Lucinda Williams, and it isn't hard to hear his influences to the overall sound. About working on this album, Anderson said in a recent press release, "Working with Jason and his band on The Bourbon Legend was a dream situation. Jason and I shared a clear vision to make a real modern-day country album – and I feel we accomplished just that." I would say Anderson nails it. 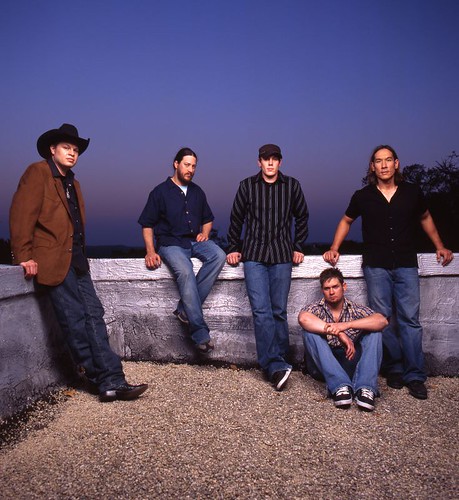 Along with the classic sound, and narrative lyrics, there is also a feeling of morality and spirituality, not that I would apply a religious label to the album, because it's certainly not that. But on tracks such as "Jesus and Ruger," "Lonely by Choice," and "Time in Hell" you get a real sense of where Boland is coming from and that what he believes plays a huge part in both keeping him rooted and providing him perspective for his music.

It's not all about the serious though. In "Can't Tell if I Drink" Boland states, "Can't tell if I drink because she bitches, or if she bitches cause I drink." One might think with the traditional tone of the rest of the album this is the token tear-in-my-beer type of song, but it just about the furthest thing from it. The clever word play and the fun-loving melody make it irresistibly charming, even if drinking and complaining aren't usually smile-worthy topics.

The Bourbon Legend was released this past October and is must have for any traditional country music fan. It's two singles have done well. "No One Left To Blame" peaked at two and "Up and Gone" recently topped country charts. Tour information, merchandise, news and information can be found at their official website and four tracks from the CD can be streamed at their Myspace page.

Mantis is a delicate balance of aggression and modesty, much like the mantis shrimp which hides in crevices and leaps out to strike.