For audiophiles, this is sure to satisfy your need for cleanliness. But for the rest of us, this is headphone heaven, and a great excuse to dust off the old bong.

Back in the day, those of us who worked in record stores used to have a saying describing those finicky customers who fancied themselves as “audiophiles.”

We called them our “dust cover-dust cover” guys, as in the sort of music listeners who were so anally retentive that an entire market could be created for a plastic dust cover, just to protect more dust from collecting on the fold-down dust cover already protecting the vinyl albums on their $99.00 Radio Shack turntables.

If all this sounds unnecessarily complicated, it’s because, well quite frankly, it was.

What made the whole thing even more ludicrous though, was the fact that the musical tastes of these “audiophiles” ran more towards the hot-tub “smooth jazz” of George Benson, Chuck Mangione and Grover Washington Jr., than anything even remotely more musically substantive.

For these folks, one “pop” in the middle of “Breezin’,” “Feels So Good” or “Mister Magic” was enough to warrant numerous trips back to the record store to exchange these “defects” for fresh new copies. It’s no wonder that the old jazz label CTI accounted for nearly half of all returns to the manufacturer back in those halcyon retail days at my old record store.

One thing I do remember from those days though, is that the “direct-to-disc” albums offered by companies like Mobile Fidelity Audio Labs, ran only a distant second to Japanese imports in the burgeoning audiophile market.

This tradition has carried on today in the CD era (or what is left of it, anyway), with the 24K Gold pressings offered by Mobile Fidelity’s successor, Audio Fidelity. The concept here is much the same as the original. By pressing the master recordings of classic albums onto cleaner sounding gold discs, the virgin integrity and warmth of the original recording is preserved.

It is hard to imagine a better candidate for the Audio Fidelity 24K treatment than the 1969 debut from Crosby, Stills & Nash. The good news here is that the audiophile CD of this classic recording is not only warranted, but that it also delivers on everything promised.

At the time of this album’s 1969 release, CSN was heralded as everything from rock’s first true supergroup, to the American answer to the Beatles. And while in the supergroup sweepstakes they may have had some formidable competition from the combination of Eric Clapton and Steve Winwood in Blind Faith, it is the music of CSN that has most stood the test of time. The fact is, while it has taken a few critical lumps over the years, CSN’s debut holds up remarkably well as a unique snapshot of its time today. Steeped in the sixties as they may be, the songs on this album really are that timeless. 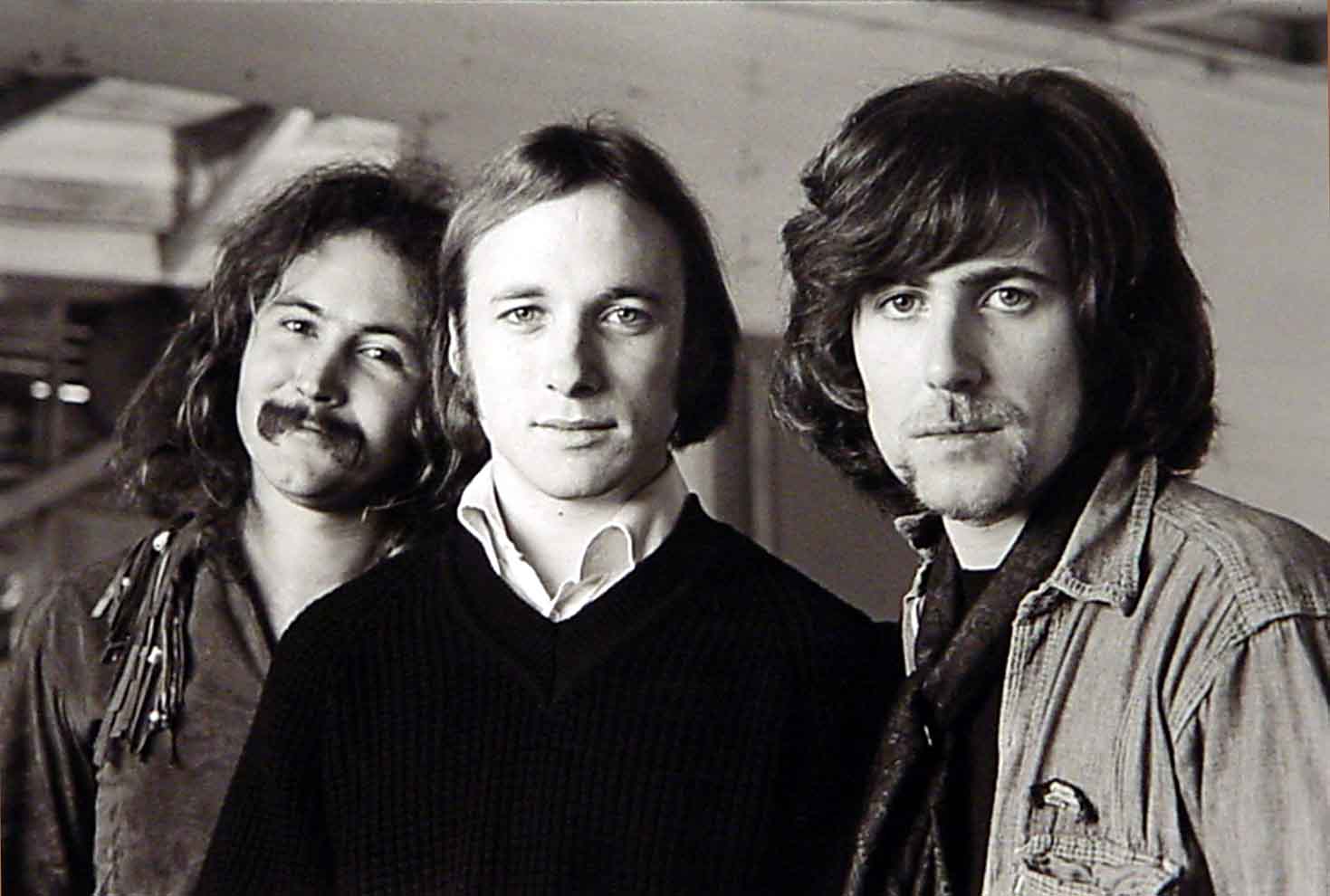 The bottom line is that there are very few albums in all of rock history that can boast as many truly great songs as this, and even fewer featuring three voices that harmonize as sweetly as those of David Crosby, Stephen Stills and Graham Nash.

Unlike so many modern day digital remastering jobs, Audio Fidelity’s 24K recording wisely focuses on the music. The packaging on this CD is a modest recreation of the original (the lone correction is a respelling of the song “Guinevere,” which removes one “n”).

But the loving detail paid to the actual music itself is something else entirely. The acoustic guitars on Stills’ “Suite: Judy Blue Eyes” sound crisper than ever, and those famous harmonies on songs like Nash’s “Marrakesh Express” sound even sweeter here than you remember them.

But the electric stuff is the real revelation here. The stereo separation on “Wooden Ships” alone will have classic rock fans reaching out for their bongs out of sheer reflexive action alone. Crosby’s sharp rhythm guitar dances perfectly around Stills’ more understated lead guitar on this original acid-influenced sci-fi epic.

Crosby’s homage to Bobby Kennedy “Long Time Gone,” is another highlight of this CD that sounds better than ever here. I can still remember how both of these songs were staples of the pre-recorded music piped through the P.A. system at early seventies rock concerts.

This is great stuff. The obvious loving care taken by Audio Fidelity on this pristine sounding recording takes you right back. For audiophiles, this recording is sure to satisfy your need for cleanliness. But for the rest of us, this is headphone heaven, and a great excuse to dust off the old bong.

'Inward' is one of those albums best described as luxuriously comfortable, which makes it worth your time and attention.