The new Ultimate Creedence Clearwater Revival is neither new nor ultimate, but is a good anthology for the uninitiated.

In fact, the music of CCR has been reissued, remastered, and repackaged on 14 collections to date on Fantasy Records or labels that licensed their lucrative and evergreen catalogue. While expanding beyond the usual “greatest hits” format, Ultimate Creedence Clearwater Revival: Greatest Hits & All-Time Classics is a rather strange assembly. Yes, all the hits are here. Yes, many of the lesser known album tracks are here. But they are presented with no obvious rhyme or reason.

Disc one, for example, begins with a run of 14 CCR hits and better known tracks like “Proud Mary,” “Born on the Bayou,” “Fortunate Son,” and “Who’ll Stop the Rain.” Then, the final six choices are album tracks like “Wrote a Song for Everyone,” “Before You Accuse Me,” and “My Baby Left Me.” The set ends with the group’s cover of “Cotton Fields” which, for the record, is far superior to the more famous Beach Boys rendition of that tune.

How Fantasy Records came up with that organization is anyone’s guess. It wasn’t chronological or thematic. Disc two makes a bit more sense, as its flow is to alternate hits with album tracks. “Travelin’ Band” is followed by “Don’t Look Now”; “Down on the Corner” is followed by “It Came Out of the Sky.” Again, the structure isn’t chronological, but the attempt seems to be to mix favorites with songs many listeners have likely forgotten or never heard. So why were the two discs of studio material put together so differently? Perhaps it was just a means to avoid being so obviously a reworking of the songs previously collected on the Chronicle volumes and other such packages.

Perhaps it doesn’t really matter. Three hours of non-stop CCR studio work is three hours of classic rock, rockabilly, country rock, and the tunes someone dubbed “swamp rock.” We get the best of John Fogerty’s compositions of the era along with the band’s covers like “Good Golly Miss Molly,” “I Put a Spell on You,” “I Heard It Through the Grapevine,” and the offbeat “Hello Mary Lou.” As all of these have long been widely and repeatedly available, there is nothing revelatory here. I admit forgetting the psychedelic joys of “Walking on the Water” and just how annoying “The Night Time Is the Right Time” could get.

But again, all of these songs are likely already part of your own library in one form or another. So it must be disc three, the live material, that will make this release “ultimate”?

Well, not really. Eleven numbers were apparently drawn from performances in California, Germany, London, Stockholm, Amsterdam, and elsewhere. All were previously released on sets like 1973’s Live in Europe, 1980’s The Concert, or as bonus tracks on the 40th anniversary expanded issues of the band’s albums. All 11 songs are CCR hits like “Travelin’ Band,” “Lodi,” and “Suzie Q,” but not their show’s usual closer, “Keep on Chooglin’.” Still, it’s always good to be reminded that, on stage, Creedence was a first-class jamming band. It was the live sets where we really hear that CCR was more than a master of three-minute singles.

So the real “Ultimate” anthology remains the 2001 6-CD box set with all seven studio albums, live material, and generous bonus features. Ultimate Creedence Clearwater Revival: Greatest Hits & All-Time Classics is for the uninitiated, for those who only have a 20 or so song “best of” compilation, or those who simply never got around to adding a good CCR anthology to their library. You can’t complain about what it includes, only how it was put together. 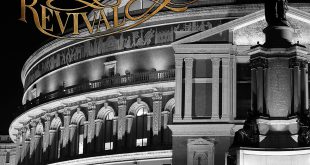