Though not completely bereft of style, Joe Carnahan’s latest film, Smokin’ Aces, is almost wholly without purpose and substance. And while the movie will certainly have its fans, make no mistake, Smokin’ Aces is not what it could, or should, be.

The plot, full of holes though it may be, is easy enough to understand: a dying mob boss wants to rub out a one-time friend turned snitch and the Feds want to stop the hit from taking place. The price on the snitch, Buddy “Aces” Israel (Jeremy Piven) is so absurdly high for the apparent ease of the contract that hitmen come out of the woodwork in order to attempt to cash in. 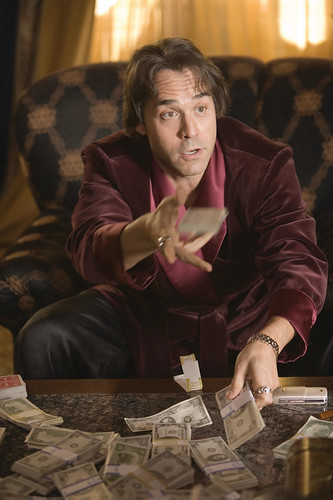 In case that’s unclear, don’t worry about it, that’s all explained in the first ten minutes of the film, after which point the plot takes a backseat to the action, such as it is. Carnahan, acting as writer and director of the film, puts all the pieces (hitmen and Feds) in motion in the first two scenes of the movie and then sits back, relaxes, and lets the mayhem unfold.

The film has a huge cast of recognizable actors: Andy Garcia, Ray Liotta, Ryan Reynolds, Jason Bateman, Matthew Fox, Jeremy Piven, Ben Affleck, Alicia Keys, Wayne Newton, Nestor Campbell, Joseph Ruskin, Peter Berg, Curtis Armstrong, Alex Rocco, and Common just to name a few (I apologize if I left anyone out). Why are they there? I have no idea. There are no real character arcs, no in-depth performances, and for many of them the appearance is nothing more than an extended cameo. The two main characters in the movie however are Piven’s Israel and Reynolds’s FBI agent, Richard Messner. While both of these people garner a lot of screen time, their story arcs are still virtually nonexistent.

Israel spends the entire movie (save for one or two flashbacks) strung-out in a hotel suite. He’s nervous as he awaits a call from his agent who is putting together a deal for immunity with the Feds. He cries. He does more drugs. He orders hookers. He yells at his security guards. Then he acts nervous some more. That’s it. 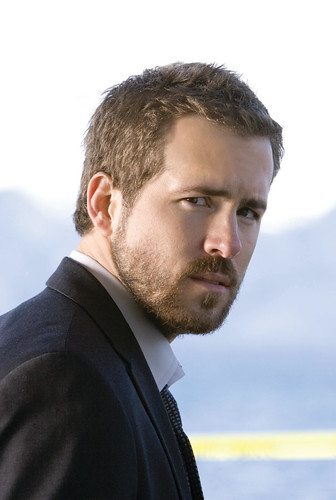 As for Reynolds, he plays a relatively unintelligent FBI agent. It doesn’t appear as though he’s meant to be unintelligent, perhaps a little green, but not unintelligent. He does come off as a dim bulb though, because he’s continually behind on what’s going on around him. This is far more a function of the inadequacies surrounding the script than his character. At the end of the film, which I will not give away despite the “twist” being completely obvious, it is Reynolds who is expected to carry the emotional weight of the picture. The problem with this is that nothing occurs up to this point that allows the viewer to bond with Agent Messner and so his upset, though apparent because of his tears, means little and has no impact on the viewer. And, as the audience has already figured out what’s going on, there is more bemusement that Reynolds was in the dark so long than understanding at his distress. 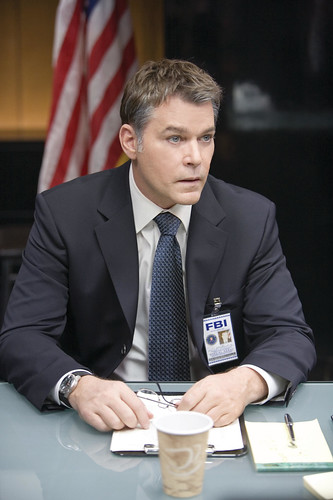 Despite the lack of plot, it still takes an awful long time to get to the action, which is the only purpose of the movie to begin with. When the gunplay does begin it is loud, bloody, and by that point almost pointless. So much of the film's running time is spent bringing all the characters to the hotel Israel is staying in in order for them to start killing one another that by the time the gunplay and violence begin the audience is already elsewhere.

Hands down, the best character in the movie is Jason Bateman’s Rip Reed. Of course, as with everything else in the movie, he poses something of a problem as well. While his character is over-the-top and funny, he’s also completely irrelevant and despite Bateman’s wonderful performance, the movie is probably better without the additional confusion he adds.

In fact, a great deal of the movie exists solely to be funny, or to be bloody, or to be stylish, or to be weird, without ever tying into the plot. It seems possible that all the characters exist simply because the producers were able to sign so many actors, that the blood exists because the special effects crew was able get fake blood, and that the style of the film exists because movies like Lock, Stock, and Two Smoking Barrels were already around as well. 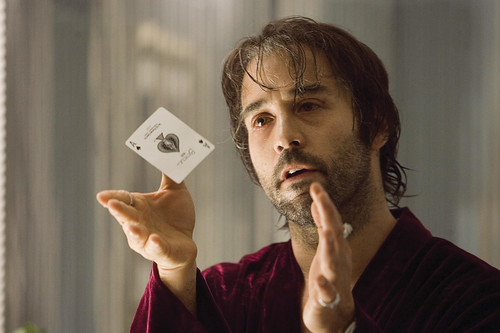 Will this movie have its fans that think it’s the greatest thing to happen to cinema since the last movie exactly like it? Unquestionably. Does this movie have a couple of bright spots and some pieces that could have helped make it a good movie? Certainly. Does the film succeed as a whole? No, it just doesn’t. While it has some things to recommend it, and almost certainly will have its fans, it is neither good enough to be good or bad enough to be good. Much like the characters and action in it, Smokin’ Aces simply is.