Lohan plays a mean girl. Does she have the chops to pull it off?

Somewhere inside Garry Marshall’s latest directorial effort, Georgia Rule, there is a very good movie. However, as the film currently exists, it is nothing above average. Starring Lindsay Lohan, Jane Fonda, and Felicity Huffman, the film focuses on three generations of women in the same family. They are all stubborn and pig-headed in their own way, but only two of the three, Georgia (Fonda) and Lilly (Huffman), have redeemable qualities. Lohan’s Rachel is wholly unlikable and unforgivable, no matter what difficulties she had to suffer through as a child. Problematically, it is Lohan’s character that is at the center of the film.

From the very first scene in the film – Rachel ranting and raving while walking next to her mother’s car as her mom is driving – Rachel rubs the audience the wrong way. To some extent this is the goal of the filmmakers, as Lilly is bringing Rachel from their home in San Francisco to Idaho to live with Georgia for the summer. Rachel is a classic troubled child: disobeying her mother and stepfather, doing drugs, drinking, and acting out in any way that might provoke a response from her mother. 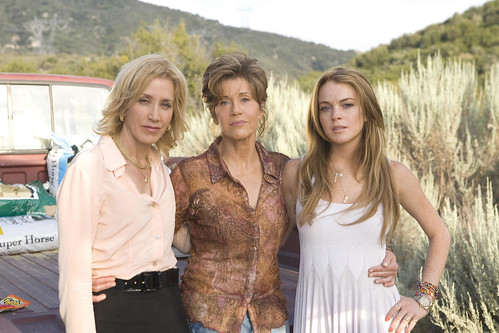 As the film progresses, the audience watches Rachel say and do shocking things simply out of a need for attention. Eventually, she attempts to hurt her boss for the summer, Simon (Dermot Mulroney), who is trying to get over the loss of his wife and son and is kind of sulky, by telling him that she was molested by her stepfather, Arnold (Cary Elwes).

It is Rachel’s belief that by springing this on him he will realize that he’s not the only one with problems in his life and therefore suck it up (she’s not the brightest girl). Simon, feeling it his responsibility to tell her family, informs Georgia about Rachel’s confession. Rachel instantly claims that she was lying and only wanted to upset Simon. Georgia calls Lilly, who had returned to San Francisco, and Lilly immediately heads back to Idaho. 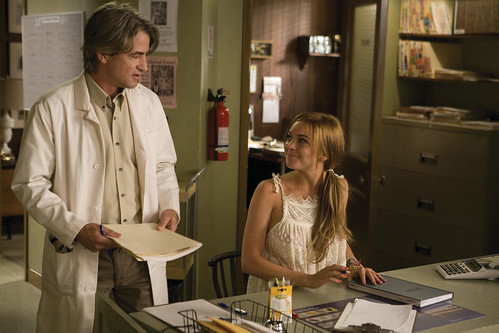 The rest of the film follows the effects of Rachel’s announcement and subsequent denial. She continually goes back and forth about when she has been lying and when she has been telling the truth. Lilly, who has inherited an alcohol problem from her now-deceased father, starts drinking again, and Georgia is left to pick up the pieces (a task made that much more complicated by the fact that neither Rachel nor Lilly like her).

The film could be an extremely interesting look at a family in crisis, at their love and loss, and their trying to find their way together. That’s certainly the goal. Fonda, Elwes, Mulroney, and Huffman all seem to have both the acting ability and characters that are written in such a way as to allow for this film to exist. They’re all good in their roles, particularly Huffman. 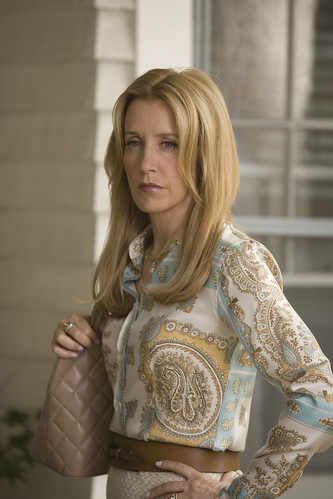 Certainly, it’s not fresh ground for a movie to explore, but its mix of laughter and tears and capable direction by Marshall are able to make the viewer forget the areas of retread. Georgia Rule is at its best when the story moves away from Rachel to Lilly.

It is at that point that it takes on a sense of importance, gravitas, and realism that doesn’t exist when Rachel is center stage. Lilly is a human being unable to reconcile her love for her husband and her daughter. She is struggling with her own demons in a way that truly makes the audience feel for her. Though it is a mistake to have the film be this way, Lilly is not at the center of the movie, and therefore the film never really explores her character and issues as fully as it should. 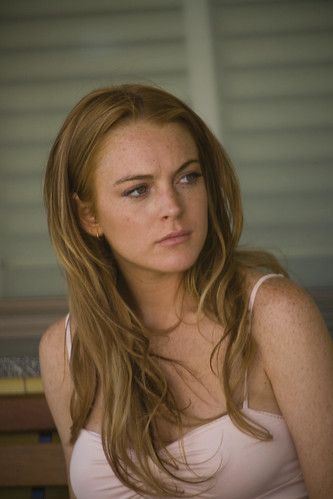 Sadly, it is Lohan’s Rachel that is at the center of the film’s narrative, and her character doesn’t work. Lohan is completely unable to take Rachel beyond being a petulant, purposely self-destructive, obnoxious teenager. Obviously, no child should ever be molested, it is something no one should ever have to deal with. While I will not say how the film ends, whether or not Arnold did in fact touch his stepdaughter, I was rooting for him not to have done it, not because no child should go through that, but because I wanted Rachel to have to deal with the ramifications of this massive lie. I wanted her to suffer and to permanently destroy her relationship with her family due to her lying about this. She acts so horribly throughout the movie, that even if Arnold did touch her, it doesn’t begin to forgive her actions. That seems to be both a result of Lohan not having the ability to pull off any of the more serious moments the role calls for and the character being written as far too annoying in general.

In an otherwise warm, touching, caring, emotional movie, it is upsetting to have a character at the center that is so unlikable. It significantly detracts from this film, and stops it from being anything more than average fare that may prove as effective counter-programming in Spider-Man 3’s second week of release.