A new movie that takes a heartfelt look at clam diggers on Long Island 30 years ago.

As people age they tend to think back and remember a simpler time, or the good old days, days when the world was less complicated, and life wasn’t quite so hard. Ever so gently asking people to rethink this is Diggers, from director Katherine Dieckman and writer Ken Marino (who also appears in the film). The film is brought to life by a talented ensemble cast, featuring (in part) Paul Rudd, Maura Tierney, Lauren Ambrose, Ron Eldard, and Sarah Paulson.

The story takes place in 1976, on Long Island, where clam diggers are trying to make a tough adjustment to their new found reality. A private corporation has made it nearly impossible for the independent diggers to make a living, but several friends in their mid-thirties are trying to hang on to a way of life that is no more. Hunt (Paul Rudd) is at the center of the group, a son whose father dies at the start of the film, a brother who has trouble talking with his sister (Maura Tierney), and a local boy, who, despite growing up an hour from Manhattan, has never visited the city. 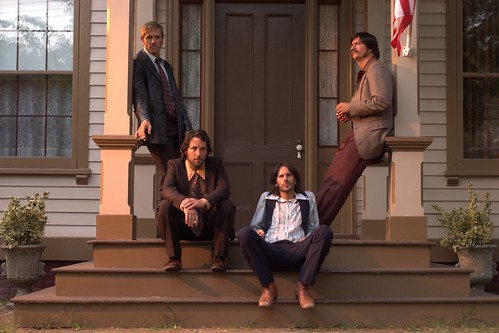 Hunt’s sister, Gina, has begun a relationship, without Hunt’s knowledge, with Jack (Ron Eldard), the local lothario. Meanwhile, Lozo (Ken Marino) can’t seem to feed his multiple kids and ever-pregnant wife (Sarah Paulson). While none have gone to work for South Shell (the big bad corporation), everyone seems to be inching ever closer to the possibility that they should. While it clearly would be a way out of their current financial problems (and they all have them), it was also be turning their back on their friends and way of life. 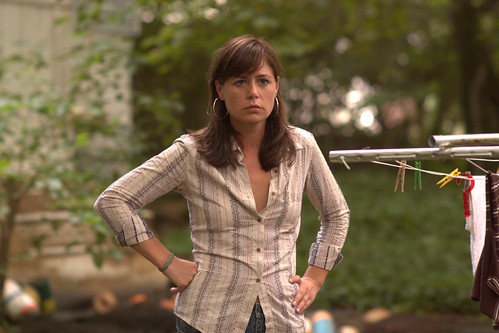 Hunt and his friends struggle in different ways throughout the movie — drugs, money, women. They are always trying to find solid footing, their next paycheck, and a way to muddle through. Though a serious, poignant film, it also has moments of true levity and humor.

The picture proceeds at a lackadaisical pace, one seemingly at odds with the message of the film. The pace of the film seems to argue that life was in fact more simple, that it was in fact more slow and more easy. It’s a message that the script doesn’t offer, but somehow the pace and the story combine to produce a story that while serious, and at times depressing, never feels burdened by its own weight. It’s not a story that's running away from itself at breakneck speed, it just follows the ebb and flow of the tide. 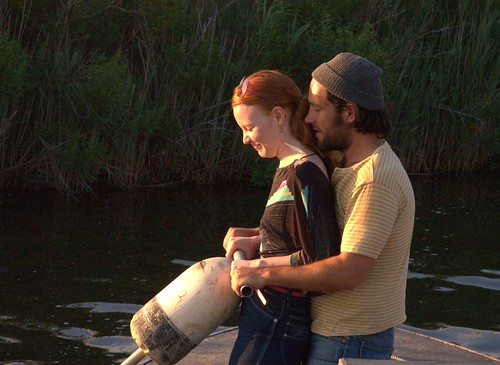 This is Marino’s first feature, having previously written for some television series, but mainly making his living as an actor. Marino, hailing from Long Island, captures the area perfectly and sentiments wonderfully. Though his on-screen work is more prevalent than his behind-the-scenes stuff, if he has more stories to tell like this one, I hope he continues to write.

Diggers is currently playing in limited release and is out on DVD. If you happen to be lucky enough to be near a theater showing it, I wholeheartedly recommend taking a look. It may not be the best movie you see this year, but it will certainly make you long for a time many a year ago, even if it wasn’t so simple back then.