Is it a drama? Is it a comedy? Is it romantic?

It is quite a feat for a movie to be entirely, wholly, completely, and utterly predictable and yet still generate laughs and be relatively likable. Somehow, Jennifer Garner’s new movie, Catch and Release, manages this difficult task. Written and directed by Susannah Grant, who was nominated for an Academy Award for her Erin Brockovich screenplay, this movie follows the life of Gray Wheeler (Garner) following the death of her fiancé

Gray quickly finds out that her fiancé, Grady, was not the man she thought he was, at least not totally. Not only was Grady hiding a sizable bank account from Gray, he also hid a child and girlfriend. Left to pick up the pieces are Grady’s two roommates: Sam (Kevin Smith) and Dennis (Sam Jaeger), and a friend of Grady’s who currently resides in L.A., Fritz (Timothy Olyphant). Though it isn’t clear exactly why Fritz exists to begin with, save as a love interest for Gray, upon learning that Grady had a woman in L.A. (Grady and Gray lived in Boulder), Gray puts the pieces together: Fritz is there to clean up Grady’s mess. 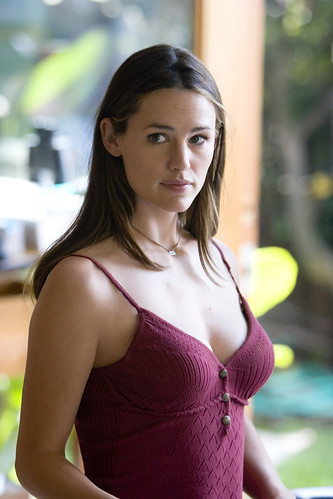 From this point on, actually really from the very start of the film, virtually every single moment is predictable, even the inexplicable ones, like Gray sleeping (repeatedly) with Fritz. Even the jokes are telegraphed. Yet, despite this problem, the film proves relatively diverting for much of it’s nearly two hour runtime.

While Gray is a, mostly, believable character, and Jennifer Garner does a good job portraying her, switching from happy to sad, and back again repeatedly, the same cannot be said for her love interest. It’s not that Olyphant is bad as Fritz, it’s much more that Fritz is bad and completely transparent. His transition from slimeball to great catch is both way too easy and way too obvious. His character is a stock “he isn’t really bad, he’s just drawn that way and please ignore his bad actions, because he doesn’t mean to do those things” character. 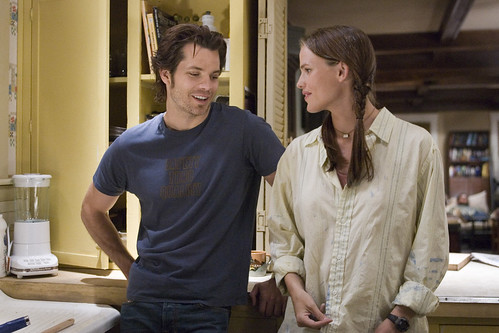 At times the movie seems manic depressive, wavering uneasily between light-hearted romantic comedy and a deeply depressing study in the way a close friend’s death affects those who are left behind. There are actually some moments in the film that are so funny that the death and story of the movie are completely forgotten about, and there are others that are depressing enough that one can’t imagine the movie containing any jokes whatsoever.

Just as the film is a study in contradictions, so is one of the main supporting players, Kevin Smith. While he is unquestionably the funniest character in the film, he is also the weakest, providing little more than comic relief. He is, often, completely unbelievable in his role, and yet is able to somehow pull it off and have many of the funniest lines in the film. His character also has some darker moments, but they fail to ring true. Possibly this is because the reasons for them are never fully explored. 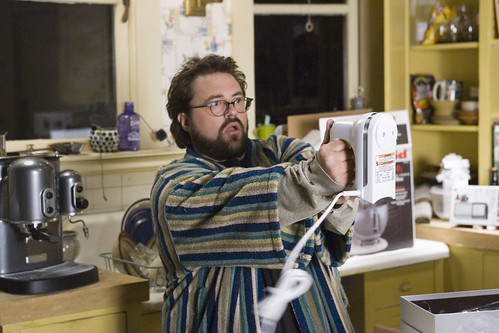 That too is a theme in the movie. Sam’s depression seems to vanish as quickly as it appeared, without him truly working through the problem. He does have a 30-second conversation with Gray about his depression, but it is then forgotten. It is, of course, not believable that after the conversation he’s all better, but after that point the subplot is dropped.

This same issue occurs with Grady’s hidden finances. Where did his money come from, how much money is there, why did he hide it?  These seem pressing questions that quickly disappear after a 30-second hypothetical posited by Sam. It’s never followed up on and the audience is never quite sure what happened with it. 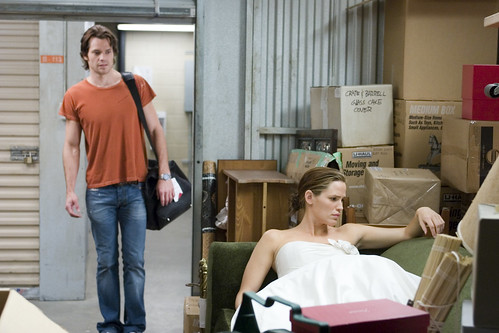 Somewhere in the awkward jumble of Catch and Release’s contradictions there is a good movie — actually closer to two good movies. There’s a drama about the those left behind after the death of a good friend, and there’s a romantic comedy about ending one relationship and beginning a new one. Catch and Release attempts to make these two good movies into one, and while it has all the elements of both, it does not function as a single, cohesive whole.

Both obvious and inexplicable, comedy and drama, the entire piece makes about as much sense as the notion of catch and release, as described by Gray.  It’s likable enough, but one can’t help feel like there really ought to be more, or at the very least, different.