The classic book is brought to life on the big screen.

Thus, I was pleasantly surprised when I saw the film. Not only do they stick closely with the novel, the entire film is treated with love and care. But then, it should be, as David Paterson, the son of the woman who wrote the book, helped write the screenplay. In fact, David’s mom, Katherine Paterson, wrote the book for David when he was young and based the main character and some events on David’s life. 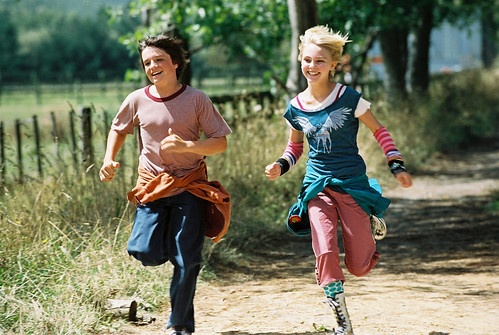 The story follows Jesse Aarons (Josh Hutcherson) and his budding friendship with the new girl in school, Leslie Burke. Jesse is an outsider, even in his family. He is the only boy and doesn’t get along with his parents or siblings. What he does do is run. He wants to be the fastest kid in school. Unfortunately, the new girl, Leslie Burke (AnnaSophia Robb) comes along and steals that title from him.

Leslie is also an outsider, who happens to live near Jesse and his family and the two soon become fast friends. One day the two go exploring in the woods and come across a rope swing. Leslie, using her imagination, decides that by crossing the swing they end up in the magical world of Terabithia. It’s a world that they populate entirely within their own minds, a world with evil rodents and giant trolls and a Dark Lord ruling over all. 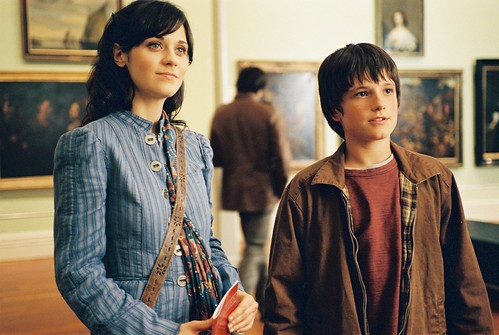 Back in the real world, Jesse continues to struggle with his family and his father (Robert Patrick) in particular. He remains the forgotten about child, the one that gets the least attention. His only outlets are his friendship with Leslie and a crush that he has on his music teacher, Ms. Edmonds (Zooey Deschanel). Actually, the crush on Ms. Edmonds is much more another problem than an outlet; it’s puppy love for a teacher.

As the movie progresses, Jesse and Leslie become closer. The two continue to expand their world of Terabithia and start to help each other out in the real world as well. They’re a little young for it to be an out-and-out romantic relationship, but it certainly is a budding one. 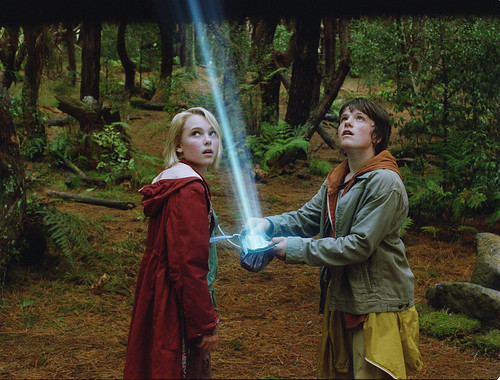 There are some moments in the film that might have rung true when the book was initially published 30 years ago. For instance, in one scene, after a disturbance on the school bus, Jesse is kicked off the bus and forced to walk home. A bus driver doing such a thing today just screams “lawsuit,” as does a weekend field trip, that Jesse goes on, to a museum solo with a teacher.

Those moments aside, the movie is a wonderful coming-of-age story. It something that all pre-teens and even early teens can relate to and it’s a movie that the family can go to and experience together. Most certainly it is not without it’s sad and disturbing moments, and there are things that parents would want to talk to children about following viewing, but it’s worth the trip to the theatre. 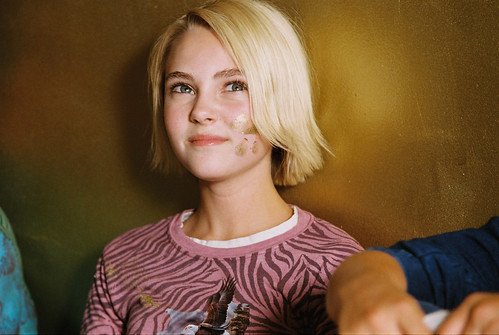 The director, Gabor Csupo, and everyone involved in the movie seems to have taken great care and given a lot of thought to what they put on screen. If some of the moments in the movie come off as a little overly-hokey or too syrupy-sweet I think it is only because those involved may have been too close to the material.

It is a strong movie, and AnnaSophia Robb gives a wonderful performance as Leslie. The computer effects were done by Weta Digital, and look quite good. It’s just a shame that it is those effects that are highlighted in the trailer when the movie itself is so good.