It's a romantic comedy, so we all know what's going to happen, but is the movie fun anyway?

Movie Review: Because I Said So

This Sunday the NFL will hold its forty-first Super Bowl. For many individuals around the country this leads to a weekend-long celebration. It also, annually, causes at least one Hollywood studio to release a romantic comedy, or what many people would term a “chick flick.”

This year, the honor of releasing said comedy goes to Universal, with its new Diane Keaton/Mandy Moore film, Because I Said So. Directed by Michael Lehmann (whom I like to think of as the man behind the grossly underrated Hudson Hawk), with a script by Karen Leigh Hopkins and Jessie Nelson, the film follows the women of the Wilder family, mainly the mother, Daphne (Keaton), and youngest daughter, Milly (Moore). 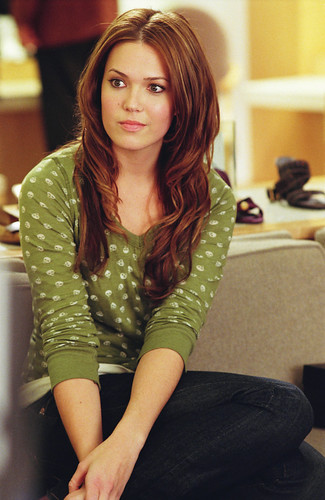 Daphne worries that she sees a little too much of herself in Milly — a lone woman making bad romantic choices and headed down the path to spinsterhood. So, being the overprotective, overbearing mom that she is, she opts to step in and put things right. She places a personal ad for her daughter on an online service and starts interviewing men.

After the standard montage of incredible losers, she chooses the “perfect” guy, Jason (Tom Everett Scott), whom the audience instantly recognizes as a little too perfect; it is clear from the outset that the relationship will not work out. And, in case the audience doesn’t pick up on that fact, the guitar player at the restaurant Daphne is at, Johnny (Gabriel Macht), is quick to inform Daphne and everyone else. It is also immediately clear that, despite her protestations and arguments, it is Johnny that is the perfect guy for Milly. 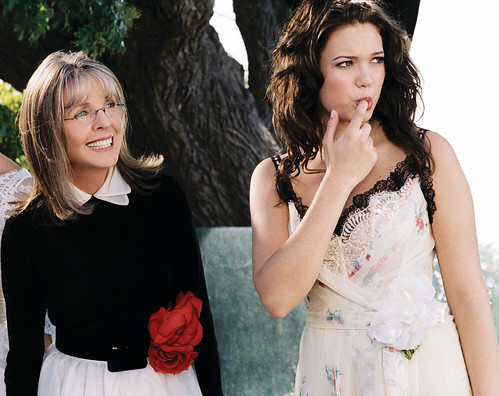 Milly, blissfully unaware of her mother’s actions, ends up meeting both men and starts dating both. Daphne, upset that Johnny is still in the picture, continues to push hard for Jason (making it more clear than ever that he is the wrong man). Meanwhile, Johnny’s father, Joe (Stephen Collins), comes over to Milly’s because he’s locked himself out of his apartment (with Johnny’s son, Lionel). As fate would have it, Daphne, sick, is staying with Milly. The two, instantly recognize a mutual attraction and are found, in short order, by Johnny and Milly making out on Milly’s sofa (with Lionel fast asleep next to them). Of course, things take a turn for the worse in Milly’s relationships with Johnny, Jason, and Daphne, but being a romantic comedy it all works out (somehow) in the end.

As with so many romantic comedies, there isn’t any single moment in this movie that can’t be seen coming from a mile away. Diane Keaton and Mandy Moore both do credible jobs in their roles and, between the two of them, carry the movie. Piper Perabo as the middle sister, Mae, and Lauren Graham are both good in their roles, even if there really isn’t much for them to do. With even less of a role is Colin Ferguson (Eureka) as Derek (Maggie’s husband). Ferguson appears in maybe four or five scenes and gets a single line in the entire movie. With a solid cast of supporting players having such small roles, I can’t help but feel that the DVD release of the film will have a substantial number of deleted scenes filled with side plots that got dropped from the final release.

Odd though that may be, it doesn’t pose a real problem to the film as a whole. Far more distressing are two scenes in the film that have Daphne and all her daughters “sing.” They both appear to have the cast poorly lip-sync the songs, with possibly only Mandy Moore providing her character’s vocal track. The scenes also feel wholly out of place and seem to exist solely to provide Mandy Moore with the opportunity to sing. She’s a perfectly good singer, but the scenes feel incredibly forced.

Slightly better than your typical romantic comedy, but no less obvious, Because I Said So provides just enough amusement, jokes, and overall interest to support itself. The film does, at moments, feel like it cribs too much from Jerry Maguire. Lionel (Ty Panitz) can be seen as a less funny version of Jonathan Lipnicki’s Ray from that movie, and the final reconciliation between Johnny and Milly at the end also recalls that movie.

Even so, the film is just good enough to make the majority of the audience leave the theater smiling, even if they’ll forget the movie entirely a few months down the line.