In brief, the story follows the effects on several different families when two boys decide to play with a rifle and happen to shoot an American tourist in Morocco (played by Cate Blanchett, with Brad Pitt as her husband). This creates an international incident and sparks an overly-thorough investigation by the police in an attempt to prevent any thoughts by the Americans that Morocco may be soft on terrorists and terrorism. 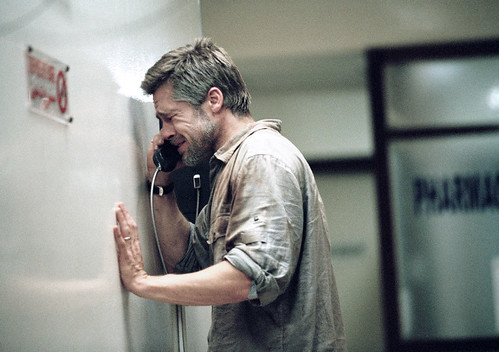 The various stories in play here include: that of the American couple, Susan and Richard; the Moroccan family of the boy that shot Susan; Susan and Richard’s children and nanny (Amelia) back in North America; and a Japanese father (Yasujiro) and daughter (Chieko).

This last story line has virtually nothing to do with the rest of the movie. It just so happens that Yasujiro is a hunter and at some point in the past went hunting in Morocco and gave the rifle that was used to shoot Susan to his guide, who in turn sold it to the father of the boys. Nothing that happens to Yasujiro and Chieko throughout the story has anything to do with the rifle, except for two police officers visiting the family and Chieko trying to sleep with one of them (a minor point in their tale). The fact that Yasujiro is a hunter is irrelevant, the fact that he went to Morocco is irrelevant, his entire presence in the movie is irrelevant. But what’s worse than that is that the story isn’t even his, it’s his daughter’s. 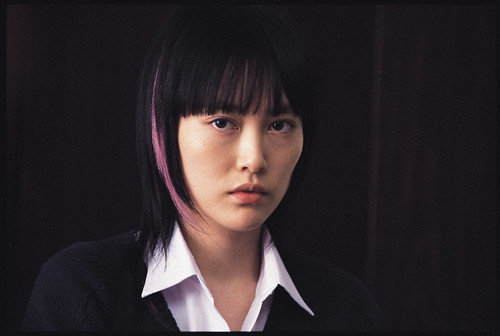 Chieko, is a deaf-mute, is depressed due to her mother’s suicide, and desperately wants to lose her virginity. The story entirely revolves around her attempts to sleep with people and find comfort. It has nothing to do with the shooting of Susan and can’t really even be related back to it. Why is this story included? Probably because it makes the entire thing more international.

Then  there’s the nanny and Richard and Susan’s children’s story line. Whereas the Japanese story line is irrelevant, this one is implausible. The viewer is told that the shooting of Susan has touched off an international incident, and gets to see that it is being widely reported in the press. Amelia, the nanny, despite all this, takes the children across the California-Mexico border in order to attend her son’s wedding. While that is plausible, the notion that there aren’t a ton of reporters staking out Richard and Susan’s house and following their children and nanny’s every move is completely ridiculous. Yet, apparently there are no reporters there, and Amelia, who just happens to be an illegal alien (she does however have a passport and crosses back and forth across border checkpoints with impunity), decides to attend her son’s wedding.

I understand that urge. I get that desire. But, really? Are we to believe that not only are there no reporters following the children, but that the illegal alien nanny decides to take the kids across the border without any sort of documentation stating that she can watch the children? I just can’t accept that.

As for Richard and Susan’s story… nothing happens. They wait for an ambulance, it gets canceled because the U.S. would rather send a helicopter (which is quite delayed), they get to a hospital and are okay. So totally and completely not worth it.

The Moroccan family? Their story line is by far the most interesting. The boys eventually admit what they’ve done, the father tries his best to protect them and make everything right, but the police are unwilling to listen and things quickly go downhill.

The moral of the movie seems to be that everything and everyone is wrong, but America and Americans most of all. That’s fine as morals go, but it’s apparent that that’s the movie’s point five minutes into the proceedings, which go on for another 137 minutes before finally wrapping up.

Babel, and everyone involved in it, seems to take itself so seriously that it becomes a little funny. It is an incredibly shallow, sad look at the world that does nothing to enlighten the viewer. It is a series of loosely interconnected, hugely implausible and impossible stories that shrouds itself in the guise of promoting a worldly agenda of understanding and mutual respect. In reality, it is a movie bucking for awards due to a faux depth and the inclusion of subtitles.